“Masterpiece of Nature, standing between earth and heaven, between continent and ocean, where tides are changing as fast as the galloping horse” – like Victor Igo described this remarkable city with amazing Roman architecture. Mont Saint Michel (Mount St. Mikhail) is a small town located on the rocky island at 1 km from the northern coast of France, at the mouth of the Couesnon River in Lower Normandy region.

Construction started even back in the year 709. In 1874, Mont Saint Michel was declared a historic monument and is under the protection of UNESCO. Its population of about 41 inhabitants and most of them are priests.

Its occurrence is associated with a legend that says that Archangel Michael has appeared on Bishop Abert telling him to build a monastery on the rock. He has consistently ignored this his vision until Michael burned him head with his finger. That was the moment when I decided to build this beautiful city.

Here are a few photos to capture its uniqueness and unity with nature: 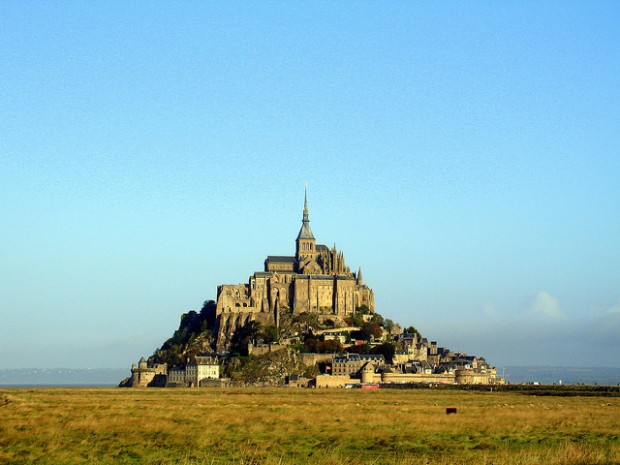