Places In Italy For A One Day Trip

It does not matter how much free time you have for travelling. Some of the best experiences in our lives happen in a single day. On the other hand, if you don’t feel like spending so much time on travelling, there are some good places you don’t need too much time to explore it. A daily trip is enough to just enjoy it, but never to forget the experience. We have made a list of the three most recommendable ones in Italy according to some researches.

Scilla is a small town in Italy with a total population of only about 5.100 inhabitants. It is located in the province of Calabria. It was a well-known place in the Greek mythology as it is the traditional site of the sea monster called Scylla. The city is composed of two parts out of which the one is the Marina di Scilla while the other one is the downtown. There is a precious castle called Ruffo which is one of the most visited places, as well as the beach-front side with a brilliant view. The Italian people give a description of the coastal district of Chianalea as being the most beautiful one in their country. The Lake Prags belongs to the municipality of Prag which is located in the Prags Valley. It is a special place and well-known among the Italians, especially among the historians as during the time of the World War II this place was a scene of the transport of concentration camp inmates to Tyrol. The nature itself is the main beauty of this place which is one of the most recommendable ones for a day trips. 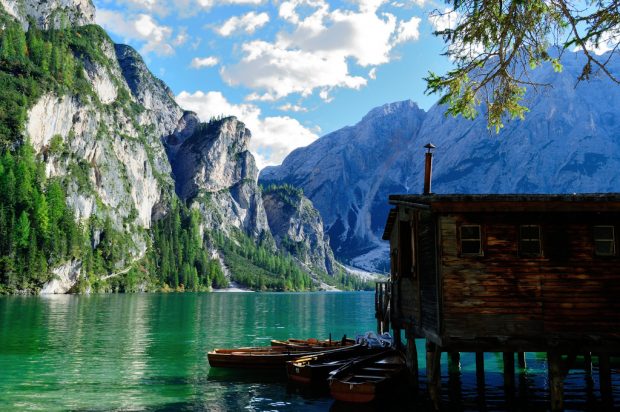 Riomaggiore is one of the fifth villages of Cinque Terre, situated in a small valley of Liguaria. It has only about 1.700 inhabitants and it is a well-known place for its wine. The picturesque small houses painted in different colors give the village a special look. There are a numerous restaurants, bars and shops to be found there. On the other hand, you can just enjoy the walks along the coast, waiting for the sunset time and enjoy the view.