New York City is considered to be the city of dreams. The glittery jungle of concrete has had millions of hearts won over the years. Many people plan their trip to this city of dreams, and after completing the trip, they regret not knowing a few crucial things about the city. So, before you plan your first trip to New York City with an NYC travel agent, you need to be familiar with a few things about the city.

If this is your first visit to New York City, you will wish to be known to the following 20 important things.

The taxi service in New York City is prolonged because of the heavy traffic in the city. In reality, the city’s traffic is nowhere close to what we get to witness through the movies. Most of the time, it is better to walk your way through sidewalks than traveling through taxis. Unless you have a specified parking area for your car, it won’t be wise to travel in a car through the city. The parking rates are very high. You can always opt to travel through public transit services to avoid paying huge parking bills. The heavy traffic in the city can also be avoided. 3) Do Not Stop in The Middle Of the Sidewalk

Some people have a very bad habit of stopping right in the middle of a sidewalk and start clicking photos. This action of yours might piss-off any New Yorker around you. It is wise to keep walking or step out from the way of the crowd and click all the photos you want. 4) Tipping In a Restaurant

As you are a newbie in the city, you might not know about the city’s tipping etiquettes. A general rule of tipping 15% to 20% of your total supper bill is followed throughout the city. You can opt to tip more than the desired percentage but do not think about tipping a smaller amount. 5) Book a Longer Trip to NYC

Many people just book a three-day trip to the city, but it is not enough for you to visit the whole city. Many travel enthusiasts have suggested taking a trip of at least five days to enjoy the entire city. You can consult with your NYC travel agent while finalizing the number of days for this trip. 6) Have a Bigger Budget during the Holiday Season 7) A Lot of Places to Visit

It is not possible to visit all the attractive tourist places in the city. New York City keeps on changing. Even for the people residing in the city, there are a lot of new additions they get to witness constantly. You need to cover as many attractive tourist places as possible on your first trip because you will have a list of whole new places for your next visit to the city. When people visit New York City, the first thing they want to visit is the top of the empire state building. They wish to witness the view of the whole city from the top. But instead of spending money for just the view, you can may your way to a rooftop bar and enjoy a drink or two along with the view. 9) Just Walk Around the Times Square

One more point of attraction in the city is Times Square. When you visit the area, you may get irritated by the chaos, the crowd and the noise all around. So, you can do take a walk to Times Square and do not stop by to make any purchase; the area around the Square is very expensive. 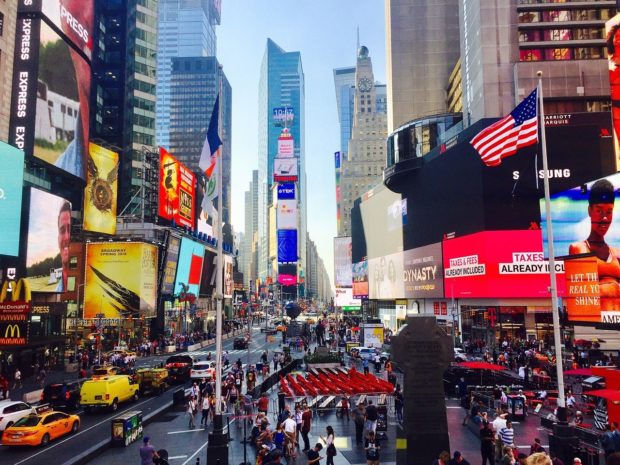 10) The City Can Be Challenging for Female Travelers

If you are a female solo traveler in New York City, you need to take care of your security. When you walk on the sidewalk, it is better that you ignore the people distributing flyers about cheap food or drinks. These flyers can help one of the tourist traps in the city. Now that we have familiarized you with these interesting facts about New York City book your first trip to the city with the help of an NYC travel agency from the Altour Travel Agency.