6 Cities In Italy That You Must Visit

Everyone wants to visit Italy, in his lifetime! The country where the food is delicious, inspiring architecture, art out of breath, and people are perfectly elegant.

There are many interesting Italian cities, but look at our collection of 6 of the most beautiful cities in Italy that you simply have to visit.

Bologna is one of the most unusual, medieval Italian cities and home to the oldest university in the world. Here you will find high towers, fascinating buildings and open squares. Due to the large number of students in Bologna reigns true youthful spirit. This is a cult town when it comes to food. Well-known Bolognese sauce is an inevitable part of all restaurants and taverns. Florence is a world center of the Renaissance. The powerful Medici dynasty, set excellent standards and principles, against which later artists and architects successfully conducted. The rich art and architecture is the gist of this city. These include the Duomo, the Uffizi Gallery, Giotto bell tower and squares. Take a walk through the elegant streets, logging in a traditional restaurant and amaze and Florence with a glass of wine Kjanti. In Milan, fashion, art and design are a way of life. Here are the boutiques of Gucci, Prada, Versace, Armani, Dolce Gabbana, which undoubtedly make Milan one of the best cities for shopping in Europe. Besides fashion, Milan is also known for the opera house, La Scala, and as home to one of the most famous works of art – Last Supper Da Vinci. When you are tired of shopping, rest in surrounding cafes and restaurants in the area Navilja known for rich living and nightlife. Milan is one of the most popular destination in Italy. Napoli is one of the largest Italian cities and is considered the most important in southern Italy. The city is situated under the volcano Vesuvius. In the Middle Ages it was city-state, and is now most famous for the production of pizza and the architecture. He is a wonderful mix of cute side lane, massive buildings, small pizzerias and fine restaurants. Traffic in Naples, looks more like a city in Southeast Asia, but that’s part of his charm. Although there is no beach, driving on the Amalfi coast, especially at night, is one of the most beautiful sights in the world. When it comes to Italy, Rome can not be omitted. City with a vast history and rich ancient heritage. The Roman Colosseum is still considered one of the most amazing buildings in the world. Historical buildings, aristocratic spirit, fashion boutiques and nightclubs. In short, Rome is truly a living museum, whose exhibits are streets, buildings, ancient heritage and of course, people. One of the most beautiful city to visit in Italy. 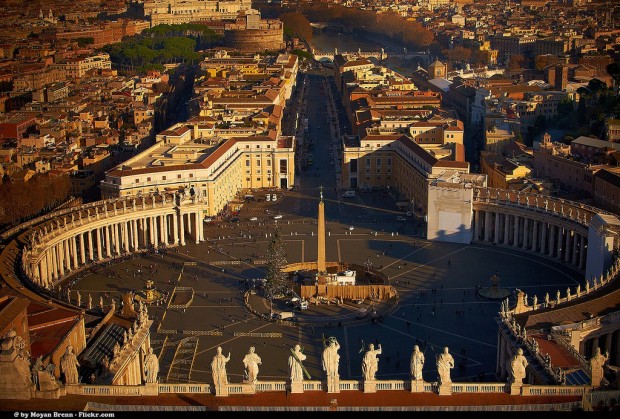 Verona is known as the “Rome in a nutshell.” The city has a rich ancient heritage, which dates from the 13th and 14th century. Verona is the fourth most visited city in Italy. Most attractive for tourists Roman arena, where they can see the opera open house July and magnificent churches