The Land Down Under is one of those fantastic places that people fall head over heels for the first time they step foot there. It doesn’t come as a surprise that Australian cites, shores, and landscapes have attracted dozens of millions of visitors over the last couple of years. What is even less surprising is the fact that people are looking for ways to move to Australia and live there, especially after spending some there in the first place. Moving to another country is never an easy task, and if you’re thinking of moving to Australia, here’s what you need to know.

First things first – before you move to Australia, you need t make sure that you’re allowed to do so. Unless you’re an Australian citizen, the number one item on your checklist should be getting a visa. Unfortunately, there isn’t a “visa on arrival” option here – you have to get a visa before you leave your home country. Depending on the kind of passport you hold, the length of time you intend to stay in Australia, and the purpose of your visit, there are different visas available for you. If this is a bit confusing and you aren’t sure which visa you’re eligible for, you can always check on the website of the Australian Government Department of Immigration and Border Control. 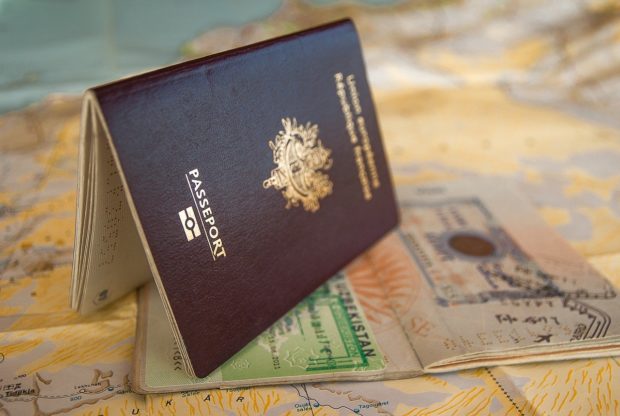 Don’t be fooled by sandy beaches and the laid-back attitude of locals – living in Australia is really expensive! What is more, rental prices that are advertised are not per month, but rather per week. Still, even if they are quoted weekly, rental property prices can still be charged monthly, which is a huge blow for any budget. Living in one of the bigger cities in Australia can seem like a great idea, but do your research before you make a decision. Back in 2017, an average place in Sydney costs as much as $480 per week, and Melbourne is a bit more affordable – one-bedroom apartment costs $340 per week. Seeing as these are from three years ago, you can only expect prices to go up, so plan your budget accordingly. Keep to the left

If you’re planning on getting a car and driving in Australia, you should know that they drive on the left side of the road. If you’re from the UK, it’s going to be easy for you to adjust to driving, but if you’ve only driven on the right up to that point, it can be tricky at first, so be careful. Driving on the left while sitting on the right side of the car will confuse most people, so take time to practice your driving before you join the traffic. Also, keep in mind that Australians stay on the left when they’re walking on sidewalks and pathways too, even when they’re on the escalators. If you stay on the right, it will confuse people and slow down those who are in a hurry, so keep to the left. Of course, if you’re planning on moving to Australia, you’re going to have to be able to read, speak, and write fluent English. While you might be comfortable with the level you’re at, staying here will mean that you have to be really good if you’re planning to stay longer, and proficient if you’re hoping to get a job. If you would like to improve your reading, writing, and speaking skills, you can always enrol in Sydney College of English and pick a course that best suits your needs. This way, you will ensure that your stay in the country is better, you will be comfortable interacting with locals every day, and you will ensure that you have a better chance of landing a great job if there isn’t a language barrier.

Adapt to the culture

We already mentioned that Australians are pretty relaxed and laid-back, but they can be a bit too relaxed if you’re from a somewhat conservative background. Aussies like to drink and party and they like to swear. A lot. As funny as this is to someone who’s accustomed to ‘foul language’, it can come as a bit of a shock to someone who isn’t used to hearing profanities in the streets or at the bars. While this may take some getting used to, you don’t have to adopt this habit if it makes you uncomfortable, nor do you have to make them stop swearing around you. Try to find the middle ground and accept the fact that people curse both when they’re angry and when they aren’t. One of the things the Aussies are most passionate about is their workers’ rights, which is something that might come off as a bit of a shock to those used to working several jobs just to make ends meet. They were among the first countries that implemented the famous 40-hour work week, and on top of that, they happen to pay the highest minimum wage in the world. While some might be sceptical about this and unsure whether it’s worth it, seeing as Australians have very high cost of living, Americans will be shocked to learn that even with housing and taxes are taken into consideration, Aussies on minimum wage are earning USD$9.54 per hour. If you’re planning on getting a job and working, be assured that you’ll be well compensated for your efforts. Speaking of jobs, if you’re planning on getting a work visa and finding a job while you’re in Australia, make sure you get your TFN – tax file number. You are going to need a TFN because it’s going to be your connection to the Australian tax system, your personal reference number. While some don’t do this because owning one is not compulsory, in the end, it’s going to cost you more because those without TFN have to pay higher taxes. Fortunately, applying or one is free of charge, and you can even do it online; all you need is a work visa, and you’ll be good to go. Don’t be surprised by kangaroos

As an iconic Australian animal, kangaroo is loved throughout the world. Even so, they’re far from respected and loved by the locals. The relationship between kangaroos and Australians is complicated; kangaroos are causing quite a damage to the ecosystem because there are tens of millions of them free in the outback. To make it worse, they often cause crashes on the roads because they will leap in front of a vehicle. There are yearly kangaroo culls, which spark a controversy every time, and kangaroo meat is often found on the menus. There are kangaroo sausages (so-called ‘kanga bangers’) being a national favourite. So, if you’re planning on getting attached to a cute Australian animal, may we suggest you pick a cute koala instead. While some of the things we mentioned here might seem obvious to you or even irrelevant, we promise that they are all important for the life of every expat who is planning on moving to Australia. Before you make your decision, make sure you plan and learn as much as you can about the country you’re planning on moving to, because it will help you be better prepared and soften the culture shock that can sometimes happen. In the end, if life in Australia is your dream, we are sure that these little tips and tricks are going to help make your new life there much more comfortable. How to Stay Organized When Moving → 5 Tips for Moving Out of State →