Chefchaouen Moroccan city is known as the blue city because the blue color which is abundant and is the only city of its kind in the world. Located in the northwestern part of Morocco, and in it there are about 40 thousand inhabitants. Life in this city is quiet and peaceful. No person who is not enjoying the different shades of blue found on all walls, roofs, windows and roads.

Morocco is located in the Maghreb region of North Africa. The total area of  Morocco is  172.414 squares miles and population is 32.52 million of people. Also Morocco is one of the most beautiful country in North Africa.

At first glance it does not seem anything particularly fancy, but still a tourist destination that many adventurers wish to visit. He also is known as a popular shopping destination for unique handmade items and clothing. This region is known for being one of the top producers of cannabis in Morocco, which involved most of the residents.

If you want this summer to explore some new place and enjoy in the beautiful old buildings and amazing landscapes than we suggest to you to visit Chefchaouen. 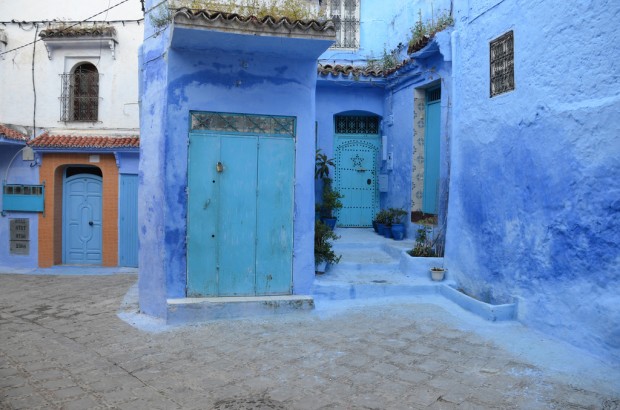