My ex-girlfriend has been an Australophile for a long time. She always talked about moving to Australia and made inquiries about jobs in her field. I never took it seriously. While perhaps not quite as bad as the European Union, permanent residency in Australia is notoriously difficult. She turned out to be more tenacious than I gave her credit for. Six months ago, she got a firm job offer in Melbourne and I had to make a decision. I opted to leave my own unsatisfactory life in Newport News, Virginia and follow her bliss. We were to cease being boyfriend and girlfriend no longer and become husband and wife. Here in the United States, the traditional honeymoon at Niagara Falls has lately been replaced by tours of Napa Valley—the ochre-colored middle finger we shot at the Old World wineries in the 1976 Judgment of Paris. As it turns out, our new home in Victoria has its own well-regarded wine region by the name of Mornington Peninsula.  So there we went in our silver Pathfinder from Budget car rental straight from the wedding ceremony. My now-wife and I have different sensibilities. I like whites. She likes reds. We’re a regular MC Skat Kat and Paula Abdul and we should’ve called the whole thing off. Our itinerary was selected mostly by me. After all, I gave up my dream of living in the exotic heart of darkest Africa to support her ambitions to spend the remainder of our lives in the upside-down version of Canada. The least she could do was spend a week at the cellar doors I chose. We went to Bass and Flinders Distillery where they make overpriced “artisanal” liquors and liqueurs. Purity is their watchword, typified by their grape quadruple-distilled and rainwater-diluted Sheerwater Vodka. It was all weak stuff, even their gin, which is a spirit normally too pungent for my palate. We had a better time at the nearby Darling Park where we sat in their café with a lovely view of their vineyards. I ingested a cheese board and a bottle of the tasty, almost Radlerian Darling Park Sauvignon Blanc 2013. She sipped at a Shiraz while I pointed out to her how stupid it is for Australians to call it Shiraz. Syrah is the heavy French grape. Shiraz is a major city in Iran with its own wine history. She responded by trying to ignore me and start a conversation with another couple who wanted her to leave them alone. We repeated this process at Lindenderry and at Foxey’s Hangout, meanwhile consummating our fresh marriage about two and a half times at whatever convenient locations we could find. 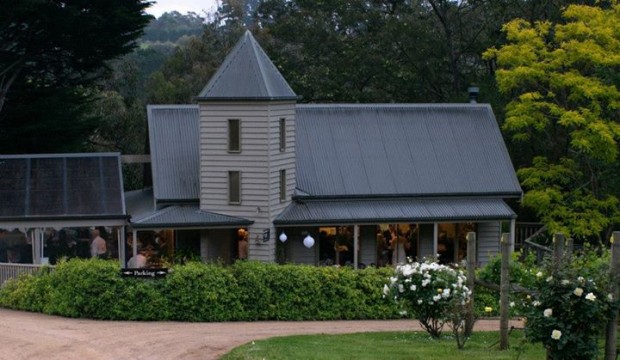 Our last stop before our new permanent residence in the city of Melbourne was at Cheviot Beach. Some famous Australian fellow named Harold Holt had swam out to his drowning death back in the 1960s and I thought it was a romantic way to go. Plus I was feeling a little like Norman Maine at this point in that my existence was being subsumed by the shadows of my beloved’s. Also I was a little drunk and would likely get drunker. Jason Hall is blogger and Brand Manager for Budget Rent a Car. He enjoys sharing travel tips and stories, especially in Australia.