The caves are an untouched archive, a treasure that preserves information for our entire history, but unfortunately we explore so little about them. If you have always been enchanted by the beauty of the caves, then you will be pleasantly surprised from the Reed Flute Cave.

Reed Flute Cave is often visited by nature lovers, but those who do not tolerate dark and moisture can only enjoy at photographs of this unusual creation. 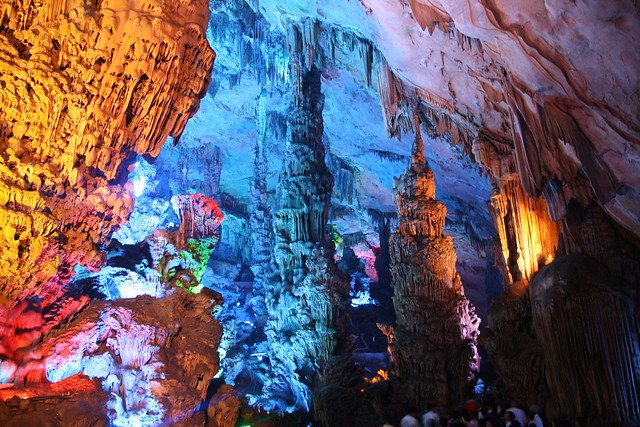 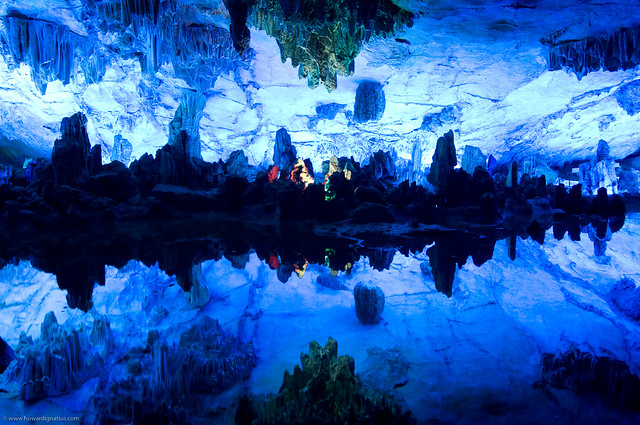 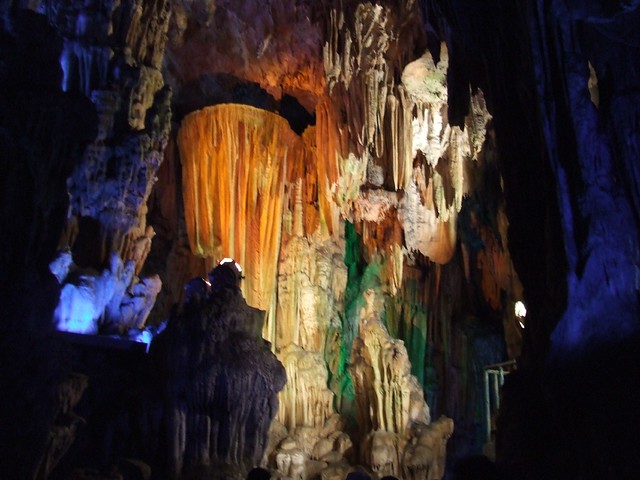 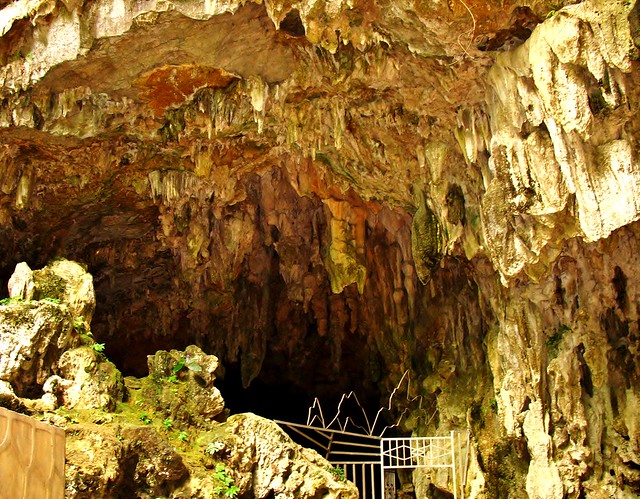 One of the World’s wonders breathtaking is certainly Reed Flute Cave located 5 km from the city of Guilin in Guangxi, China. This cave got the name after the reeds that grow before the entry, which are known because from them are made flutes. Reed Flute today is a natural cave, occurred during the millions of years of Limestone Mountains and is one of the most famous attractions. Reed Flute Cave is a spectacular world of various stalactites, stalagmites, stone pillars and formation of rocks that have been created with carbonate sedimentation. The interior of this amazing natural work which is composed of limestone sparkles with multicolored lights that give beauty which looks like from another planet. Inside, there are over 70 inscriptions made with ink, even dating from 792 BC, from the Tang Dynasty. 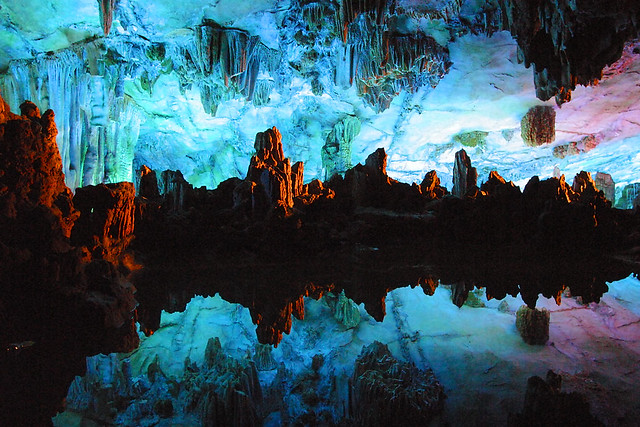 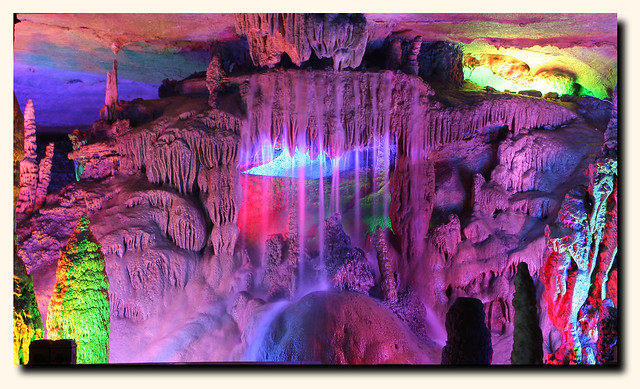 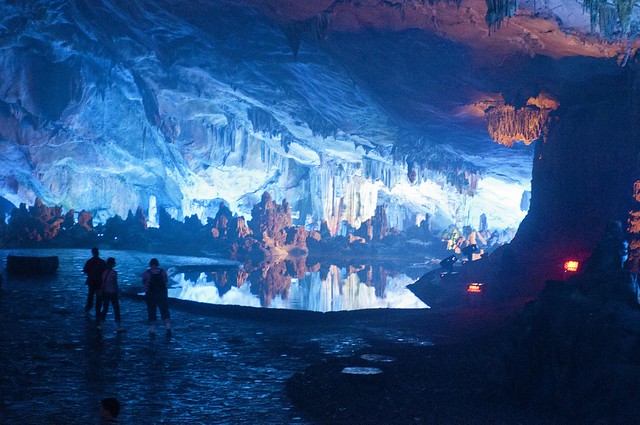 Those are notes and songs composed by their literates who visited this magical place. These old notes tell us that the cave was the attraction in Guilin since ancient times. The Reed Flute Cave is almost forgotten about a thousand years ago, in 1940 to be discovered by a group of refugees. Reed Flute Cave has the shape of the letter “U” and is suitable for long walks, where visitors will enjoy the impressive stalagmites, stalactites and columns of limestone that were formed thousands of years ago and also are forming to this day. Also out of the cave there is an amazing park with fascinating gardens, ponds and peaceful trails for enjoyment. 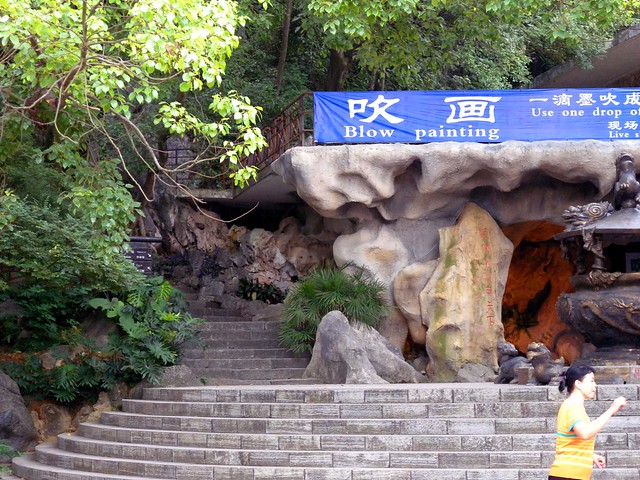 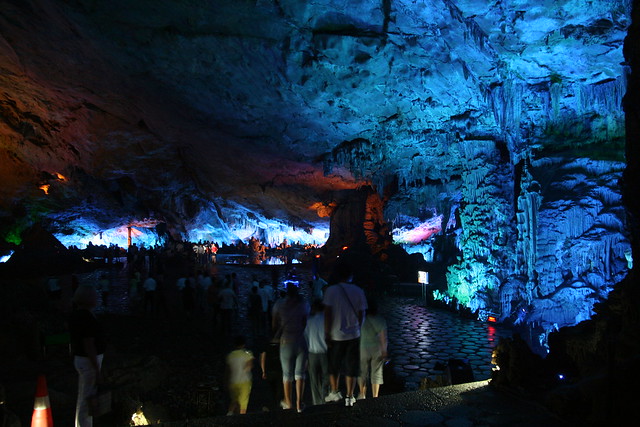 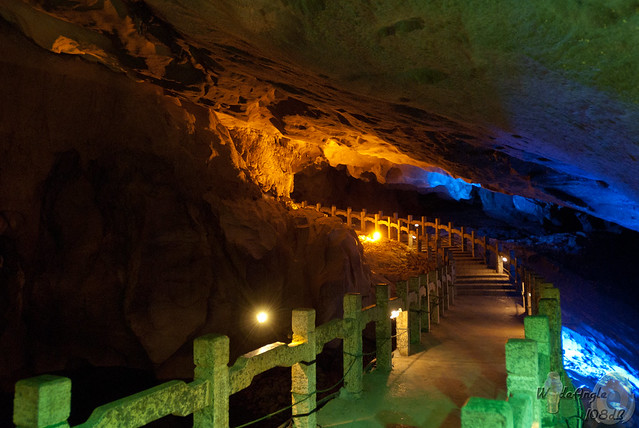