There is a lot to see and experience in Eastern Europe. It is rich with history and culture, with traditions dating back over centuries and many generations. It is full of attractions that bring in travelers from all over the world, near and far.

The pristine beauty of Eastern Europe draws many nature lovers and adventurous anglers in to see the sights and cast their lines. If you take a look at most open bodies of water, you’ll most likely see plenty of boats and yachts. No small wonder, since quite a bit of Europe’s history revolves around naval activity.

Whether a native or a newcomer, you may be wondering where to start looking for a great place to drop a line. If so, then here are seven fishing spots you’ll definitely want to go fishing in.

It should be no surprise that Greece makes for a popular fishing place. Fishing has been a popular occupation there for generations – and with some of the cleanest water in the world, you can find some of the best fish as well. The best time to go out is during the early morning hours, as the water will be at its calmest and the fish will be easier to catch. Since the country is virtually surrounded by ocean, there is no shortage of viable places to get on about snagging fish. There are a lot of reasons you should work your reel here. Trout, pike, and bream are a notable few of those reasons as they can be found in abundance. The mountain river areas will definitely appeal to those with rugged tastes, but be sure to bring an inflatable PFD to be safe. Fishing is a year-round activity in this country. Of course, with a 4000 kilometer coastline, it would make perfect sense. Chub, Haltic herring and pike perch are a few of the prevalent fish that can be found here – all of which also are popular components of the local cuisine. You’ll have a lot of places to try out, as Estonia has hundreds of lakes and rivers, not to mention numerous islands to offer great fishing areas. If you’re into fly fishing, you’ve come to the right place. On a clear day, you’ll be able to cast lines in crystal clear alpine rivers – allowing you to enjoy the wonderful view while reeling in your next catch. This country boasts a diverse fishing experience, as you’ll be able to pursue many species of both freshwater and saltwater varieties. Saltwater fish here include red mullet, red bream, picarel and little tunny. On the freshwater side, roach, tench, wels catfish and pike are the order of the day. Add in the relaxing Turkish countryside, and you’ll be ready to spend plenty of time on the line.

Once divided from outsiders by way of the Iron Curtain, now the Arctic rivers of the Kola Peninsula are now open to one and all. This is an excellent place to catch salmon and other fish that may favor colder climates. 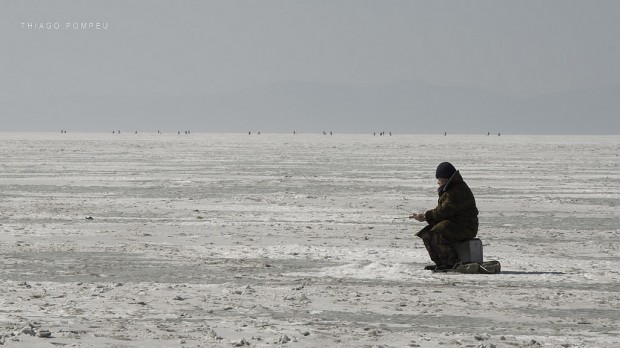 Home of the Tara River, also known as the “Tear of Europe,” Montenegro offers a beautiful vista as well as great fishing. The best place to cast a line is in the National Park of Durmitor and the Tara River Canyon, which is the second deepest canyon on Earth. Stream trout, huchen and grayling are the most common catches you’ll encounter here. With so many unique destinations, Eastern Europe is not lacking in memorable fishing experiences. No matter which locale you choose, expect to have a great time and great catches. Want To Become A Fisherman? Follow These Guidelines For Success → What Are The Most Popular Places To Go Fishing? Find Out Here →