When the first Sherlock Holmes story was published in 1887 (A Study in Scarlet), it took London by storm. It combined cold logic, meticulous observation, forensic science and the now-familiar format of the detective story. Did you know that although Holmes uses fingerprint analysis in his first case, Scotland Yard didn’t introduce the technique until 1901?

Join the experts from the London Pass on a Sherlock Holmes walking tour across central London.

Sherlock Holmes adventured all over London and even in the surrounding home counties. It would take huge amounts of time to visit all of the places mentioned in the books, TV series and films, so we have put together a somewhat shorter itinerary. 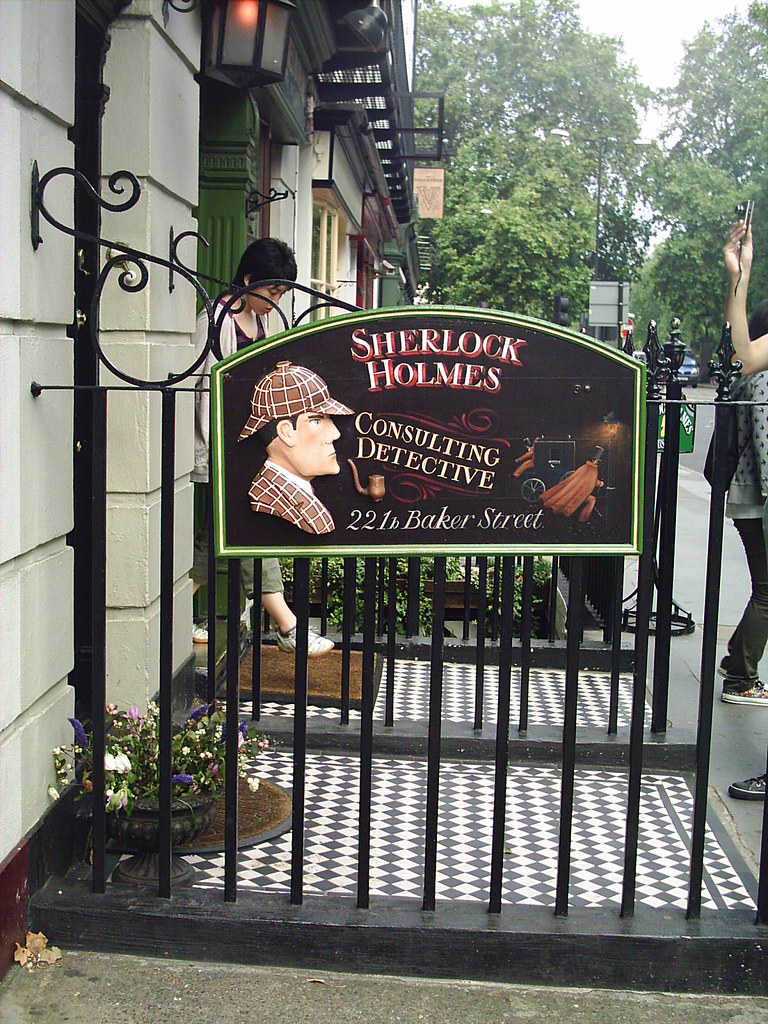 Starting at the iconic 221b Baker Street, the Sherlock Holmes Museum. The first-floor study is said to be a perfect replica of the room Mr Holmes and Dr Watson shared in the late 1800s. Watch out for the house numbers on either side of the museum, which are not in sequence – the number 221b was assigned to the museum in the late 1990s, after a long dispute over who should be dealing with Mr Holmes’ mail. (He still receives over 100 letters a week.) 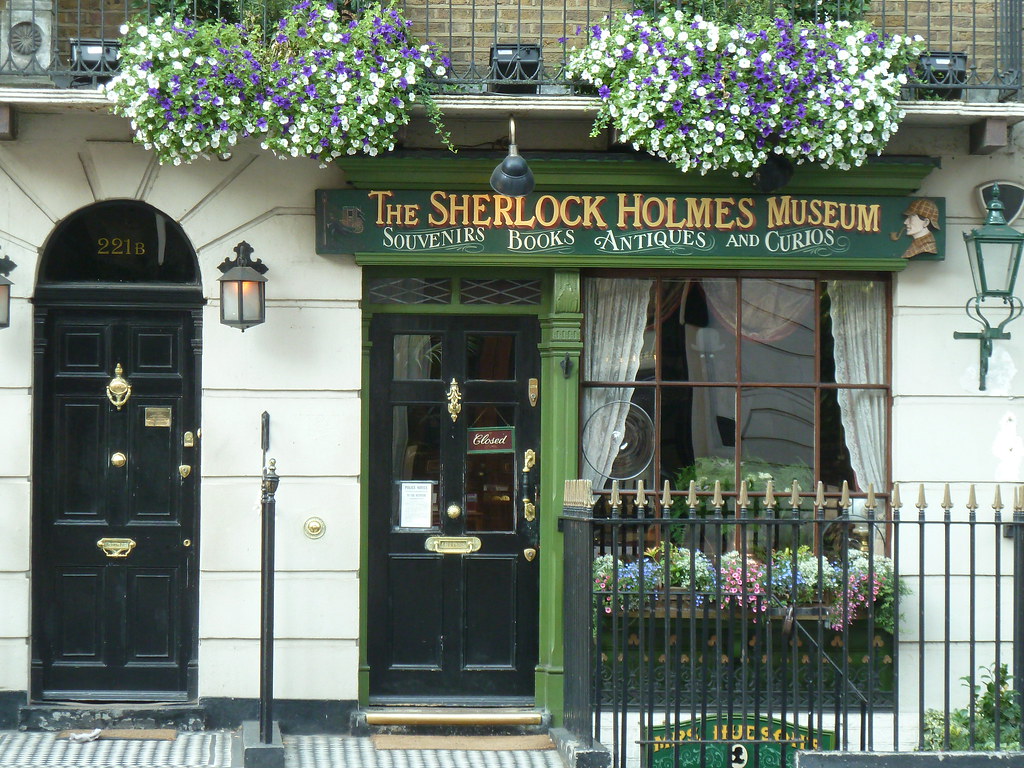 Walk down Baker St, past the tube station. If you happen to use this station, be sure to watch out for the tiles with a profile of Holmes with a Deerstalker hat and pipe. Holmes also had one of only twenty London Metropolitan locomotives named after him in the 1920s. Some of the other names included Lord Byron, Benjamin Disraeli and Florence Nightingale. 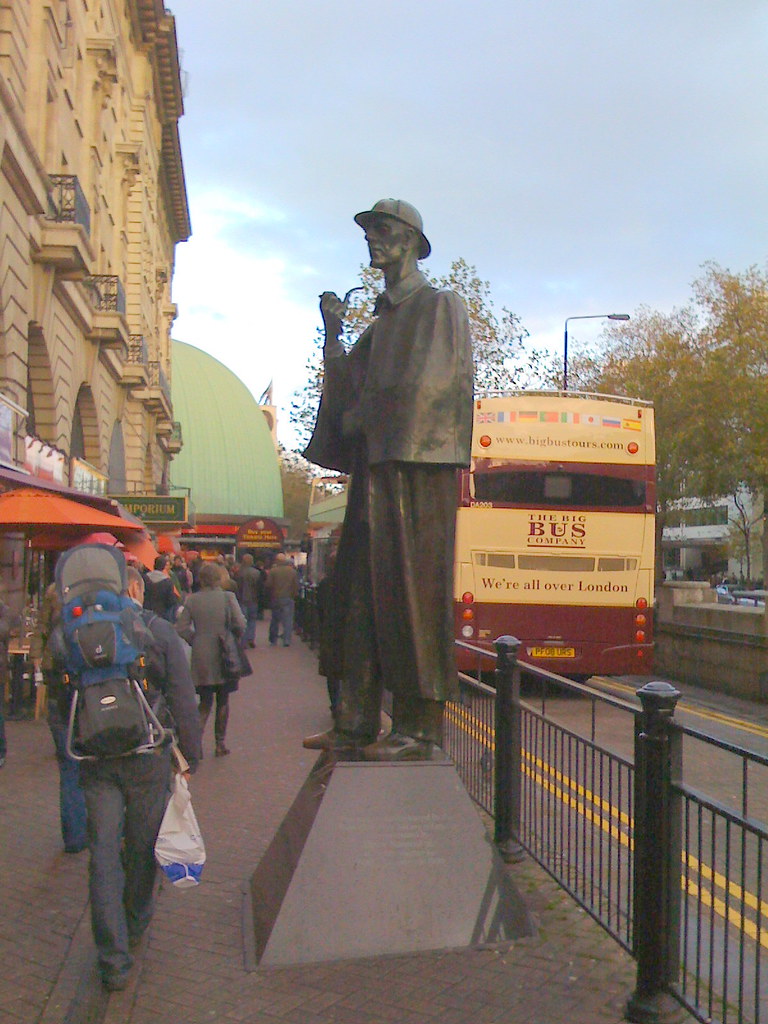 Navigate your way through Oxford St and Regent’s St to the Langham Hotel, the perfect place for afternoon tea. For Sherlock fans, this is a location with plenty of history: it made an appearance in three separate stories (The Sign of Four, A Scandal in Bohemia and The Disappearance of Lady Frances Carfax). On August 30, 1889, it was also the venue for an extraordinary dinner attended by Arthur Conan Doyle and Oscar Wilde. The dinner resulted in the publication of The Sign of Four and The Picture of Dorian Gray.

Continue your walk down Regent’s St towards Piccadilly Circus. In The Hound of the Baskervilles, Holmes and Watson pursue Mortimer and Baskerville along this road. Watch out for the Café Royal, the scene of a fight in The Adventure of the Illustrious Client). Piccadilly Circus itself featured in the opening credits of the BBC’s series Sherlock and part of the ‘Great Game’ episode was filmed here. The Criterion was also the place where Dr Watson first heard of the great detective, who was looking for someone to share lodgings with.

Very close to Piccadilly Circus is also the Royal Society of Chemistry. Did you know that Sherlock Holmes was given an extraordinary fellowship to the society? It was even presented by a modern-day Dr Watson, himself a fellow too. 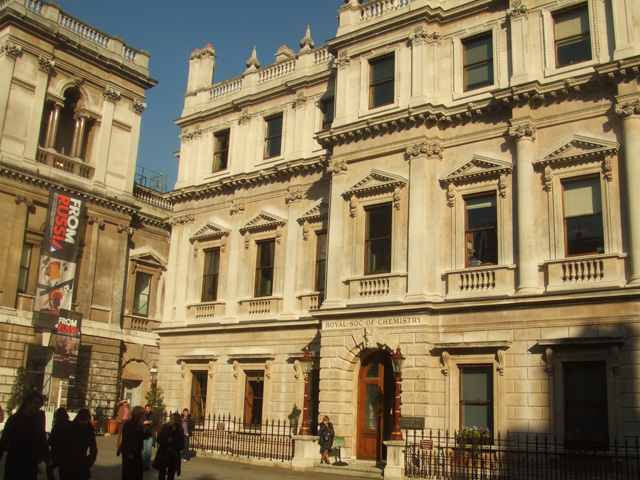 Make your way to Covent Garden, home to the Royal Opera House, Sotheby’s, the Lyceum theatre and Covent Garden Market, all of which feature in Holmes’ adventures. It is a great area to spend an evening in. Very close nearby, on the Strand, you’ll also find the Simpson’s Restaurant, which is mentioned several times as a place where Holmes and Watson have dinner together (The Adventure of the Dying Detective, The Adventure of the Illustrious Client). Bon appetit! 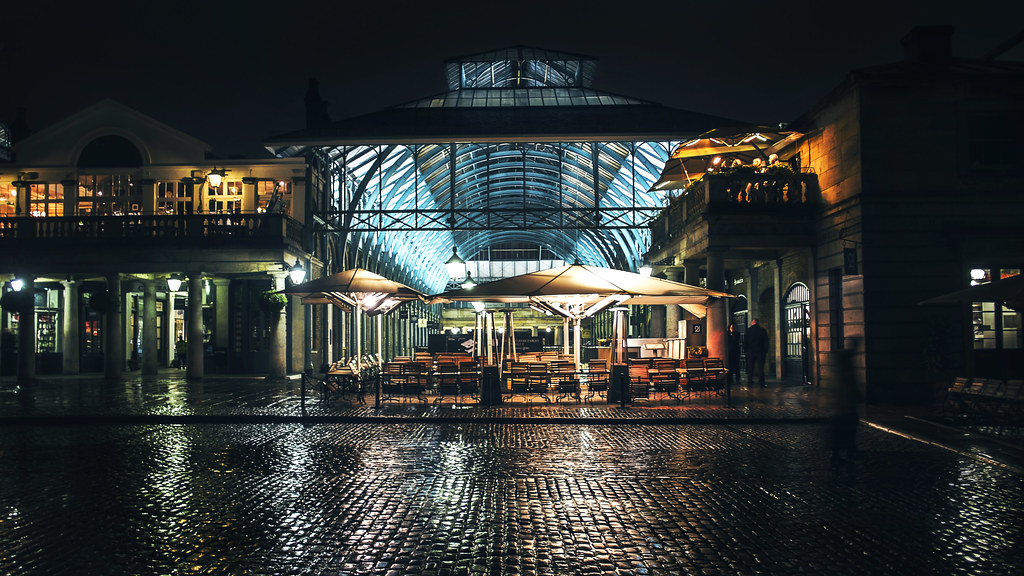