Take me to the ball! Your guide to a Viennese Ball

It’s Vienna Ball Season and the experts at the Vienna PASS have put together a guide to the traditional Viennese ball. Full of useful tips on table etiquette, dress code and, most importantly, dancing, it will help you to prepare yourself for a dazzling occasion.

The Ball has been a Viennese institution for over 400 years and every year the ball season returns with vigour. Kicking off with the New Year’s Eve Ball, traditionally followed by Carnival, the high season takes place throughout January and February. Over 450 balls are hosted across the city and an impressive 2000 hours of dancing are clocked up. The balls have become such a tradition that they have even been included in the UNESCO Cultural List. It’s not just about traditional waltzes, pretty dresses and a fancy venue though – there is also etiquette to follow. Men and woman have their own sets of rules to abide by in order to participate. Here is our Guide to the do’s and don’ts of a Viennese Ball.

Don’t turn up to the ball in anything less than formal evening wear, but make sure to check with the organiser for each event’s specific rules. If you’re not correctly dressed, you may not be allowed in. For ladies, a full length ball gown with a jacket and gloves is preferable. The rule of thumb is: the longer the sleeve, the shorter the glove. For men, tails, tuxedos and bow ties, satin piped trousers and cummerbunds may all be acceptable. Military dress is sometimes an option for men and both men and women may wish to wear traditional Austrian dress. By Heisenberg Media (Flickr) [CC BY 2.0], via Wikimedia Commons

Don’t even think about sitting where you want, there will be a seating plan with your name and allocated table. Ladies are always seated to the right of the men and upon introduction, the man should take the lady’s hand for a mock kiss (note: his lips must not actually touch her skin). If the lady should need to get up from the table at any point in the night, the man must either get to his feet or make an effort to. You may also wish to leave your mobile phone at home – using it at the table is a big faux pas. If you’re after that ball gown selfie, it’s best to take it before you arrive. 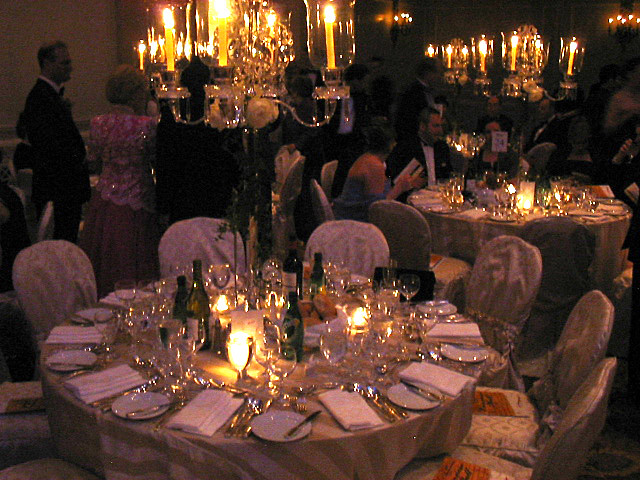 The balls usually kick off around 9pm-10pm, a few hours after dinner. The formal opening ceremony includes a polonaise, a waltz and another choreographed dance performed by the opening committee, made up of men and women dressed in black and white respectively. At the end of these dances, the floor is opened to the attendees with a call of “Alles Walzer!” – “Everyone waltz!”. This means everyone is welcome on the dance floor. Avoid the front area, which often gets so busy you can’t actually waltz in the given space. By Elmayer Kränzchen (Own work) [CC BY-SA 2.5], via Wikimedia Commons

To ask a lady to dance, a man must say “Darf ich bitten?”. Don’t worry if you’re not keen, but refuse courteously– no one wants to be humiliated in public! Before the dance, the man leads the lady to the dance floor and both parties bow and curtsey to each other. After the dance has finished, if the couple don’t wish to dance the next dance, the man must lead the woman back to her table. He should also make a conscious effort to ask every lady at his table to dance with him before the night is up. By Dimasamsusam (Own work by me) [CC BY 3.0], via Wikimedia Commons

Damenwahl means ladies’ choice, so if you’re single and ready to mingle, this is the time to approach a man for a dance. There’s only one ball in Vienna where women can ask men to dance throughout the evening, and that’s at the Rudolfina Redoute. Rather than risk being a wallflower, maybe you should book tickets for that one! Look out for ‘taxi dancers’ too, professional dance partners for hire on a dance-by-dance basis. Listen out for the last song, a slow waltz called “Brüderlein fein”, written by Ferdinand Raimund (in 1826).This is the traditional signal that the ball is coming to an end, so make sure you pay attention and don’t linger on the dancefloor after it’s played – because you’ll be the only one left! 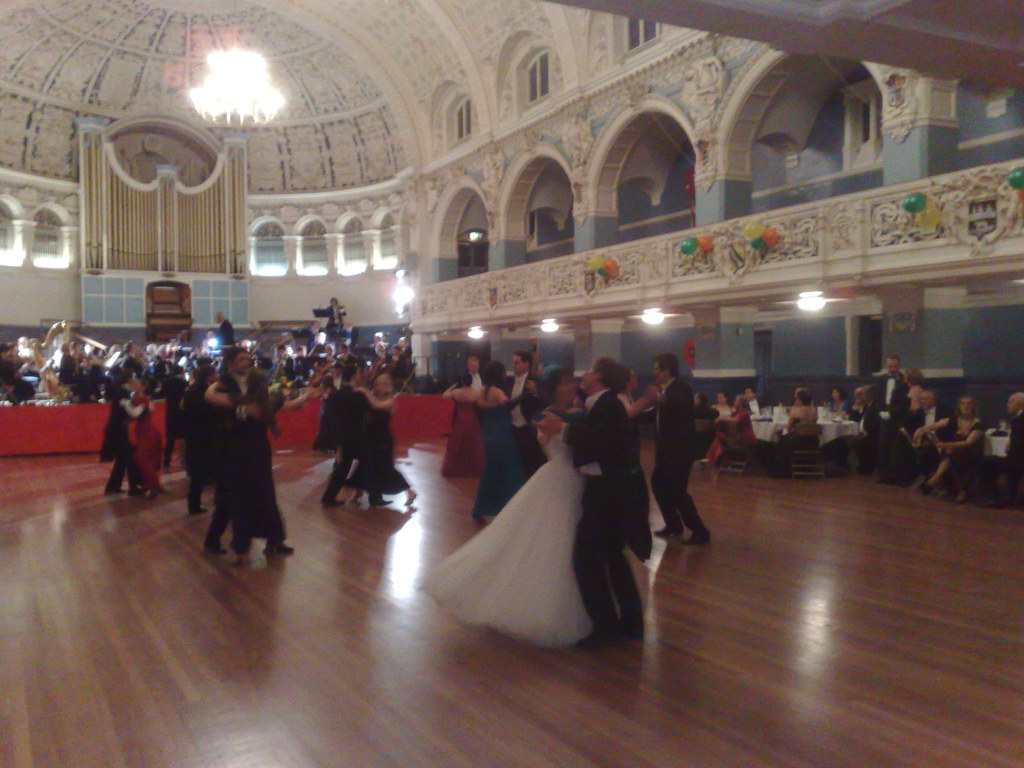