Today’s choice is Bali, Indonesia. The team of YourAmazingPlaces found some incredible photos of Bali and decided to share it with you. Take a look at those photos and get amazed by the beauty hidden in the islands of Indonesia. But first you need to know one thing. By reading the informations here and watching the pictures, be sure that you would not see 1 % of the real beauty. But I bet you will get interested of planning the new trip to be in Bali. Enjoy!

Tanah Lot is a rock formation off the Indonesian island of Bali. It is home of a pilgrimage temple, the Pura Tanah Lot. The temple is one of seven sea temples around the Balinese coast. Each of the sea temples were established within eyesight of the next to form a chain along the south-western coast. (Wikipedia) 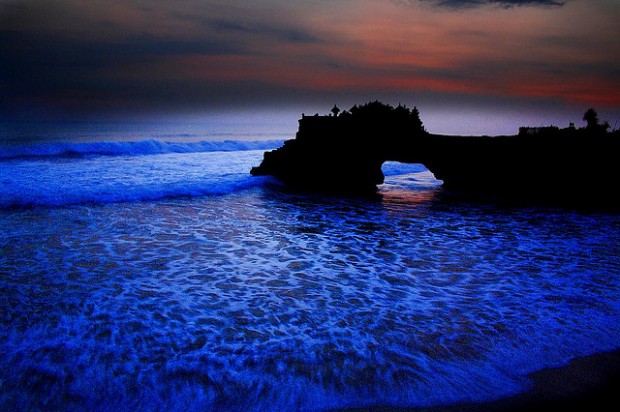 Tirta Empul Temple was build 962 AD on a place where there was large water spring. From that time till present it is believed that bathing in this temple gives people protective blessings, healing injuries, curing diseases  and much more. Ubud is a town in Indonesian island of Bali. It was first originally important and known as a great source of medicinal herbs and plants. The name Ubud comes from the Balinese word ubad which means medicine. The Mother Temple of Besakih (also known as Pura Besakih) is the most important, the largest and the holiest Hindu temple in Bali. It was built on the south slopes of Mount Agung, the principal volcano of Bali. Each year there are at least seventy festivals in this place. The rice fields are unique in Bali. The way of how they are created and the beautiful scenery they make when the rise is growing, is a unique picture of those places. The Uluwatu Sunset Temple is settled on a cliff in the south coast of Bali. It is up on 250 feet over the Indian Ocean. Pecatu is a beach resort located in the southwestern peninsula of Bali. It is mostly popular for surfing and for nudists because of the big cliffs and limited access.