Around the World in 8 YouTubers

We love to travel, but sometimes you can get an interesting taste of different cultures without even stepping on a plane. The world is online. It’s easy to think of YouTube as a monolithic platform for a particular culture, but it’s actually very diverse. Global audiences love to watch, and make, YouTube content.

So, who are the most popular YouTubers in different countries around the world? Top Dollar put together a handy infographic to show which YouTubers have the most views and subscribers in every country. Here are 8 Top YouTubers from around the world:.

Ángel David Revilla Lenoci started his YouTube career reviewing games, but found his niche as a provocateur combining a knack for horror-storytelling with dark humor and a hint of conspiracy theory. His opinion pieces on topical subjects such as politics, religion, science, and philosophy have attracted 19.6 million subscribers, making him the most popular YouTuber in the whole of South America.. This Belarusian YouTuber offers a colourful mix of collaborative games, fun competitions and playful challenges. If you’re looking for a pickled-fish flavoured challenge, you’re not alone – A4’s ‘Answer or Suffer Challenge’ video has received almost 15 million views. With 20 million subscribers, A4 is number one in Belarus, and second in the whole of Europe. 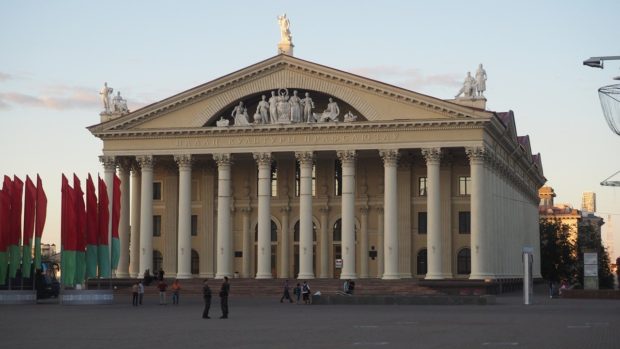 This Italian-born YouTuber Luca Merlini Cantatore started out uploading videos on scientific themes, but graduated to cornering the Ecuadorian market for ‘top’ lists. The ‘Top10 videos of ghosts that will ruin your night’ and ‘Top 7 Animals with Talents’ videos have amassed 1.3 million and 705,000 views, respectively. With 10.5 subscribers, Doc Tops is the most popular YouTuber in Ecuador. India’s number one YouTuber started off posting videos of football tips and tricks, but Ajey Nagar’s energetic presentation style has developed to include action-packed satirical film pastiches, comedic monologues, and roast and rant videos in Hindi. With a subscriber base of 22.7 million viewers, he even felt confident to throw some shade at the world’s top YouTuber, PewDiePie. There’s a distinct flavour of the telenovela about Mexico’s number one YouTuber, Badabun. Known for its series of ‘Atrapando Infieles’ videos, which dramatically expose unfaithful partners, it also has a line in street dog rescue videos, in case any heartstrings still need to be pulled. With 43 million subscribers and 3,864,492 views per day, it’s clear that Badabun’s brand of drama hits the spot for many viewers. With 6.34 million subscribers to his channel, the comedian and scriptwriter Mark Angel is Africa’s most popular YouTuber. With a mission to put a smile on people’s faces, his regular video releases often feature his young cousin Emmanuella Samuel, who is referred to as his niece. With 74,938,176 views per day, Like Nastya is the most-viewed YouTuber in the world. The 6-year old Anastasia Radzinskaya’s parents put her on youtube to prove to doctors that her cerebral palsy diagnosis wasn’t accurate. Despite what the doctors predicted, Anastasia could speak. Moreover, she could speak to the world. Her videos have now been edited and dubbed in multiple languages, reaching a global audience of 56.9 million subscribers. Hitting the right note with family audiences in the Middle East, Shfu is the most popular YouTuber in the UAE. Targeted at a child audience, these videos feature a young girl at play. Using simple sound effects, editing, and special effects, these videos have a feel of home-spun drama and playful authenticity that has attracted 22.2 million subscribers and 5,319,331 views per day. Explore the World: Exotic Destinations in Africa You Have to Visit → The 10 Best Places to Live in the World →