Chinese Ginkgo Tree Is a Symbol of Autumn And Long Life

Autumn is full of yellow color and fallen leaves. Deciduous trees are the first forerunners of this time of the year and they give a golden thread of rain. So when we started this topic, learn more about the Ginkgo tree.

Ginkgo tree is the object of worship and the sacred tree of the East. It is a symbol of the unity of opposites, for some a symbol of immutability, which has miraculous power. Also it is a holder of hope and immeasurable past, a sign of love. Because of all that, it is associated with long life. 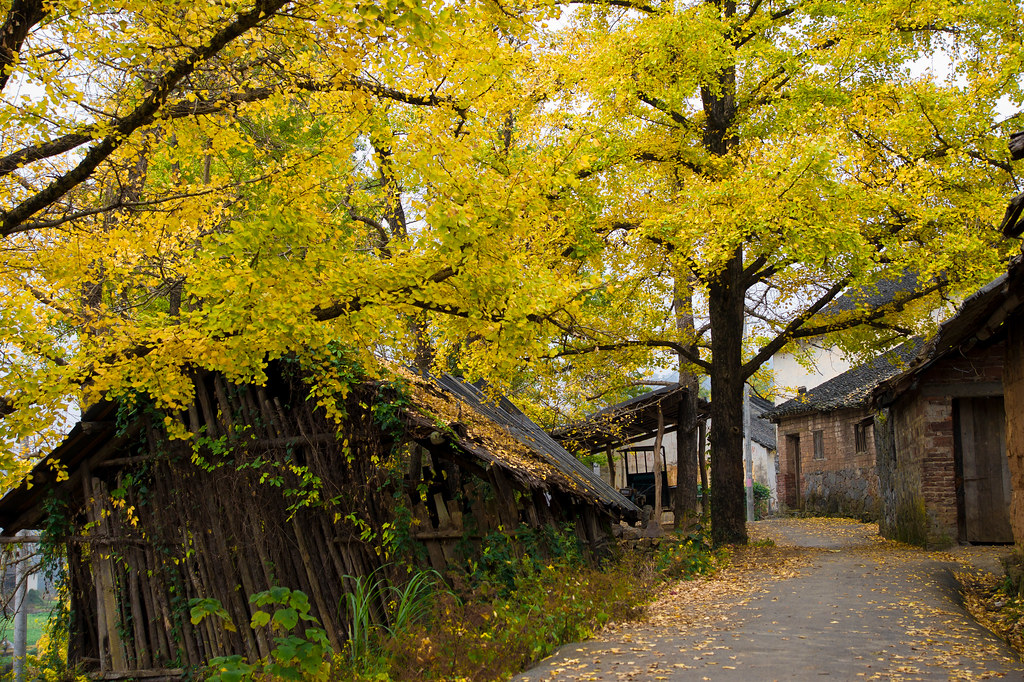 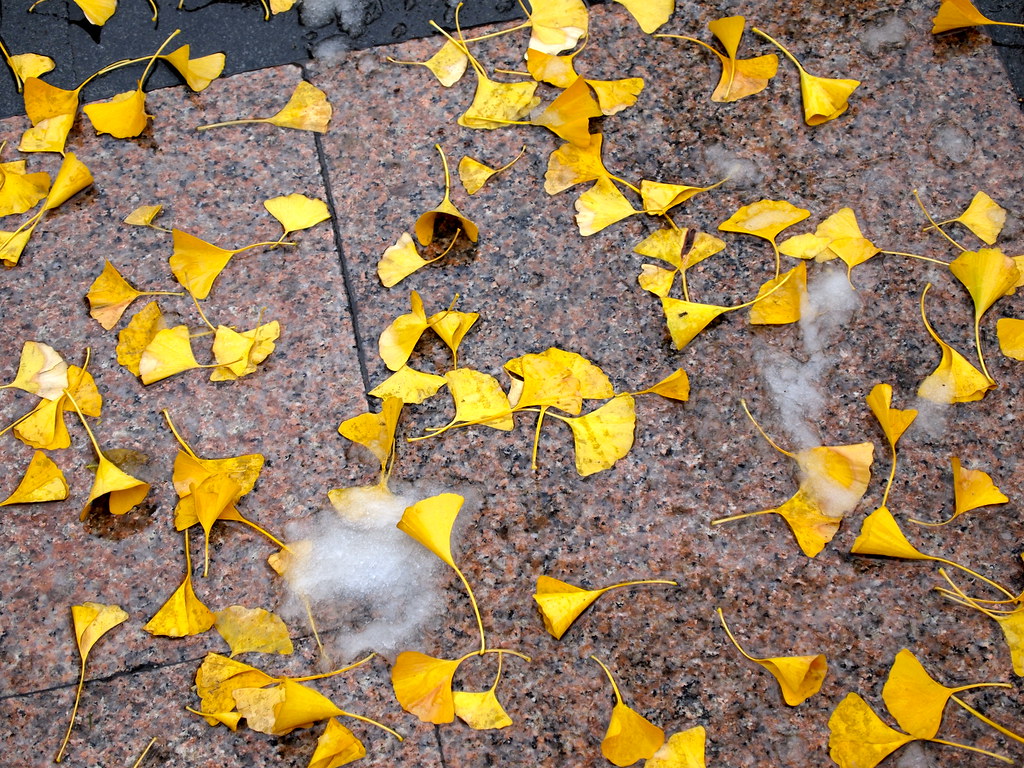 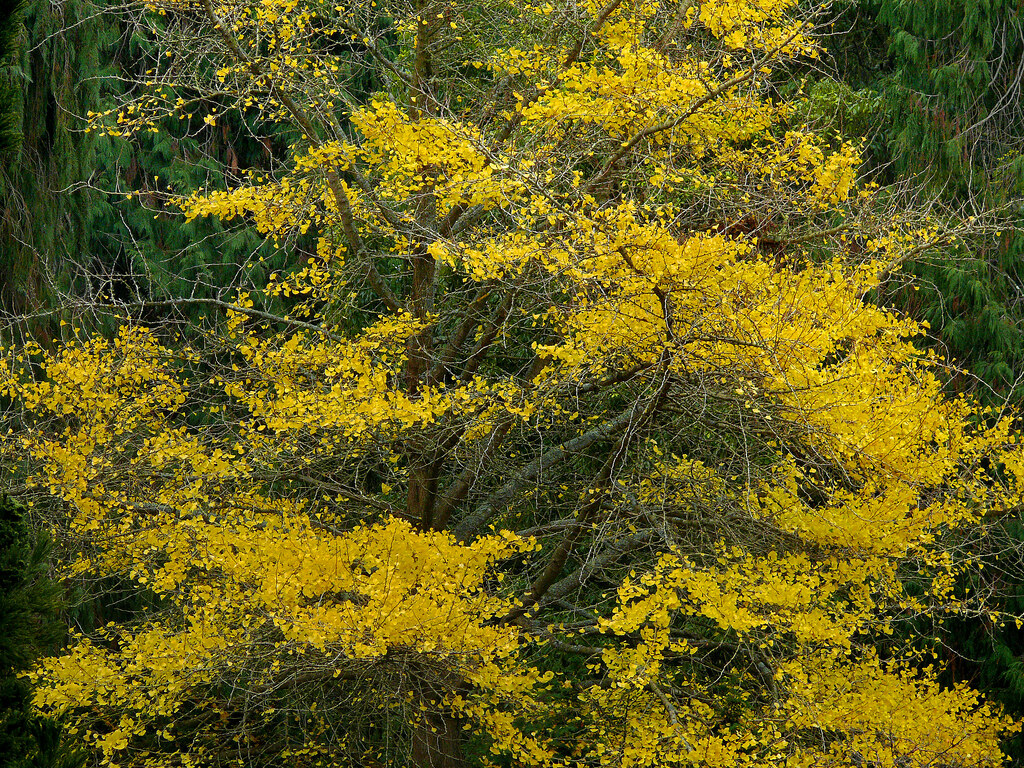 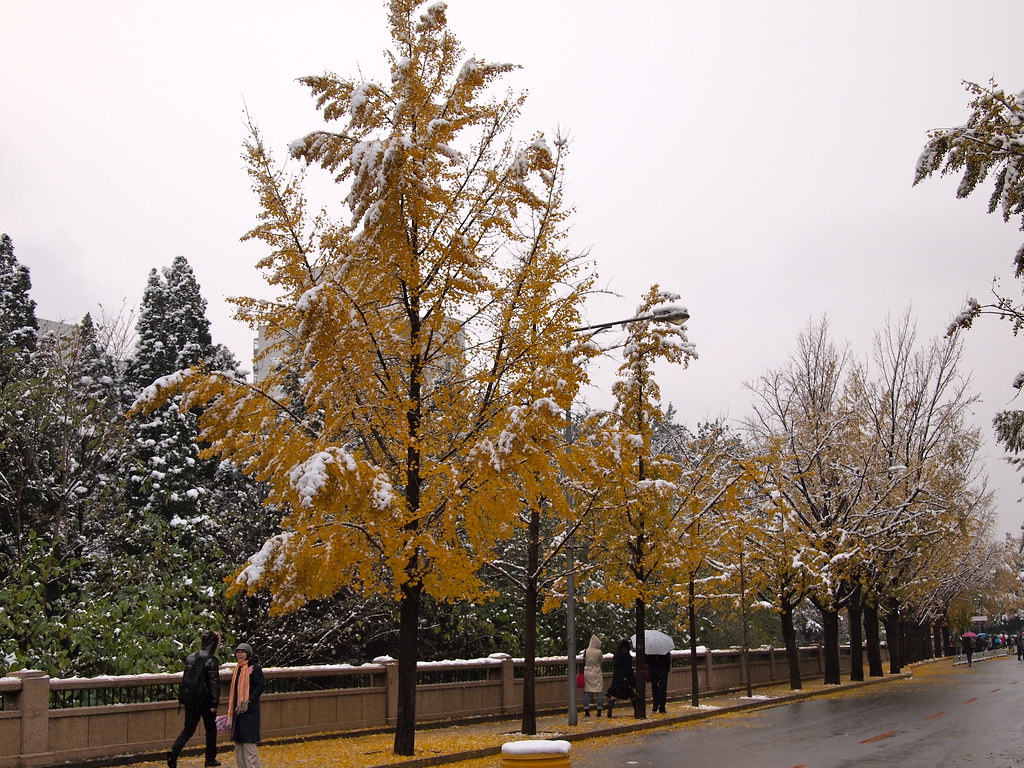 Ginkgo is a deciduous tree that is grown for centuries in the yards of Chinese and Japanese temples as a sacred tree. It belongs to the family Ginkgoaceae. This tree originates from China, Korea and Japan. Ginkgo Biloba is the oldest tree on earth. It is known that there are old trees, believe it or not, 200 million years ago. This tree can reach an age of a thousand years. After the Ice Age, Ginkgo tree naturally grows only in China. Its height is over 30 meters, the crown of a young tree is pyramidal, but the adult tree has widely oval crown. The leaves are fan-shaped, bright green in spring, dark green in summer and lemon yellow in autumn. The seeds have shape and size like a plum, but they have yellow-greenish color and unpleasant odor. In China precisely this tree attracted thousands of people from across the country. Golden leaves fall since mid-November, turning the ground around in “yellow ocean”. 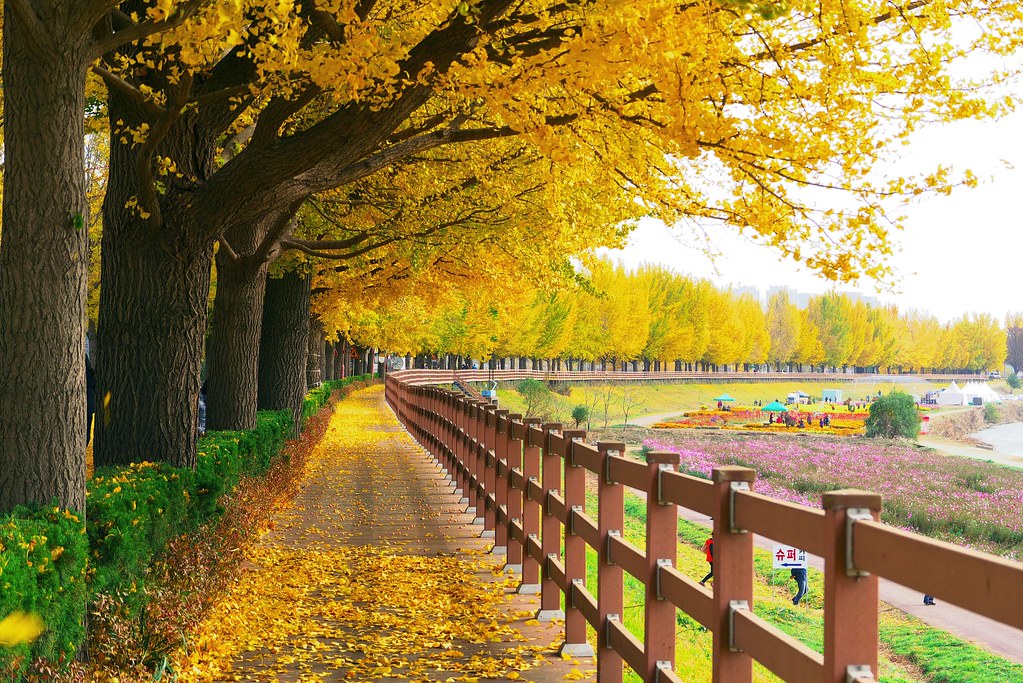 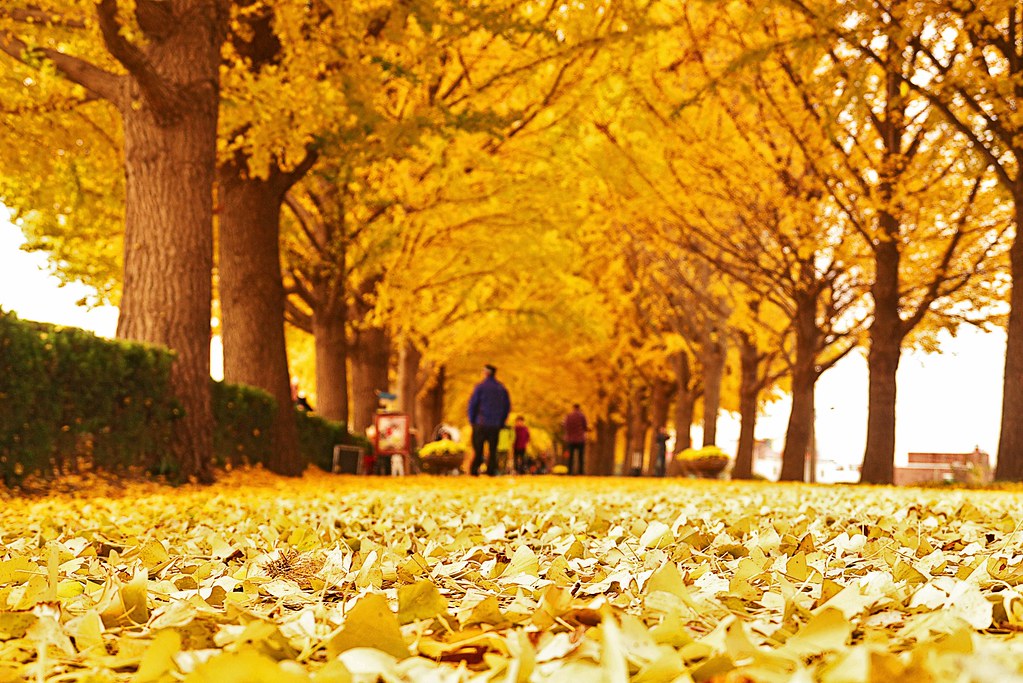 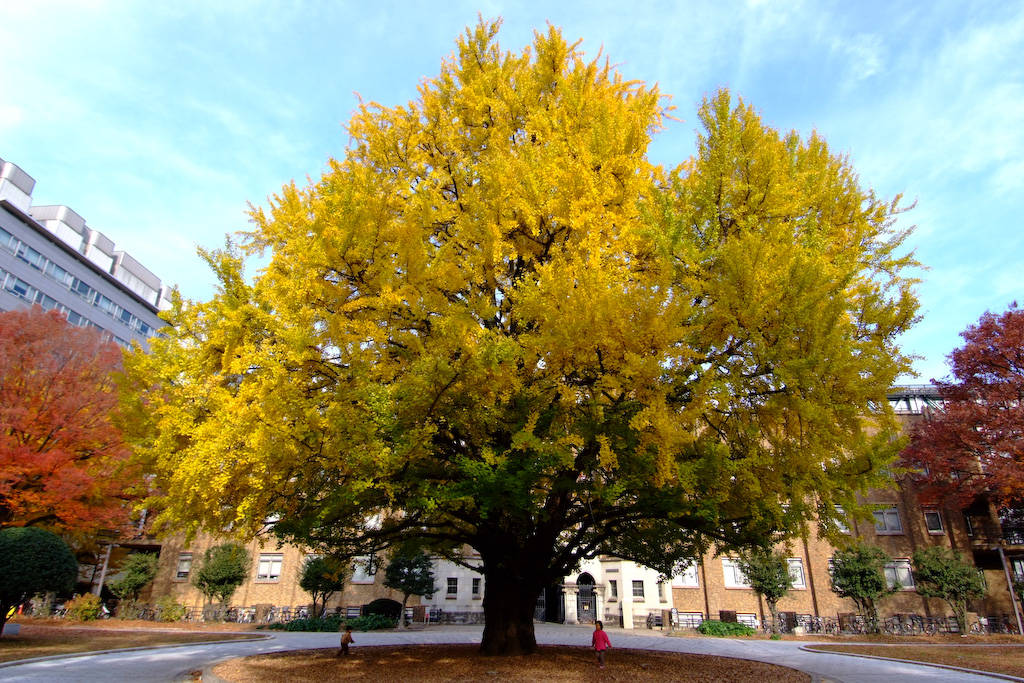 An Ancient tree growing near the Buddhist temple Gu Guanyin in Zhongnan Mountain and it represent a perfect way to celebrate autumn. Ginkgo is considered as “living fossil” because despite the drastic climatic changes, it remained untouched. The leaves of Ginkgo tree are used in Chinese medicine for treatment of respiratory conditions such as asthma and bronchitis, then for the treatment of baldness, tuberculosis, poor circulation, gonorrhea, skin diseases, dysentery, high blood pressure and anxiety. The latest scientific studies indicate the possibility of a treatment against Alzheimer’s disease. Except for medicinal purposes in China and Japan, Ginkgo Biloba seeds are eaten fried as snacks. 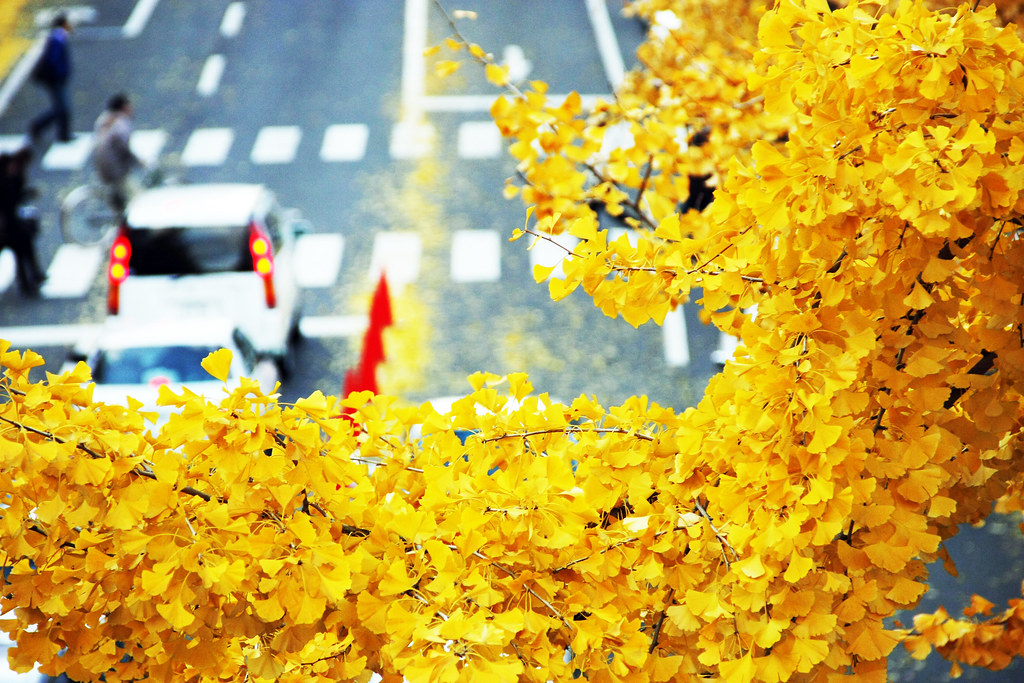 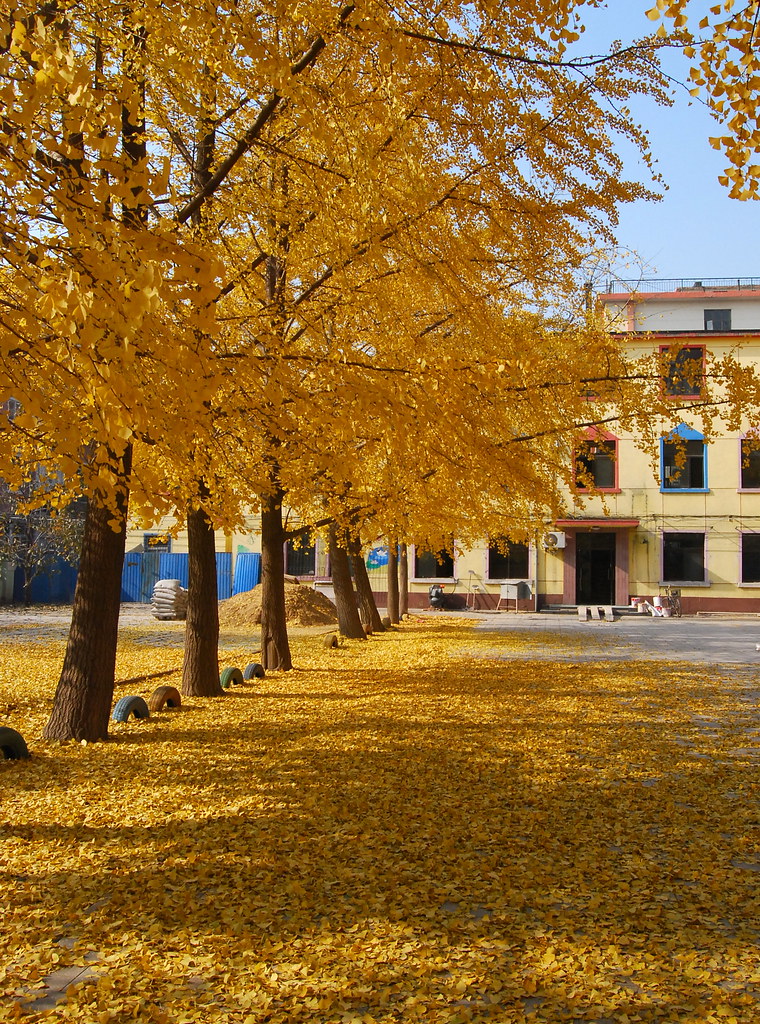 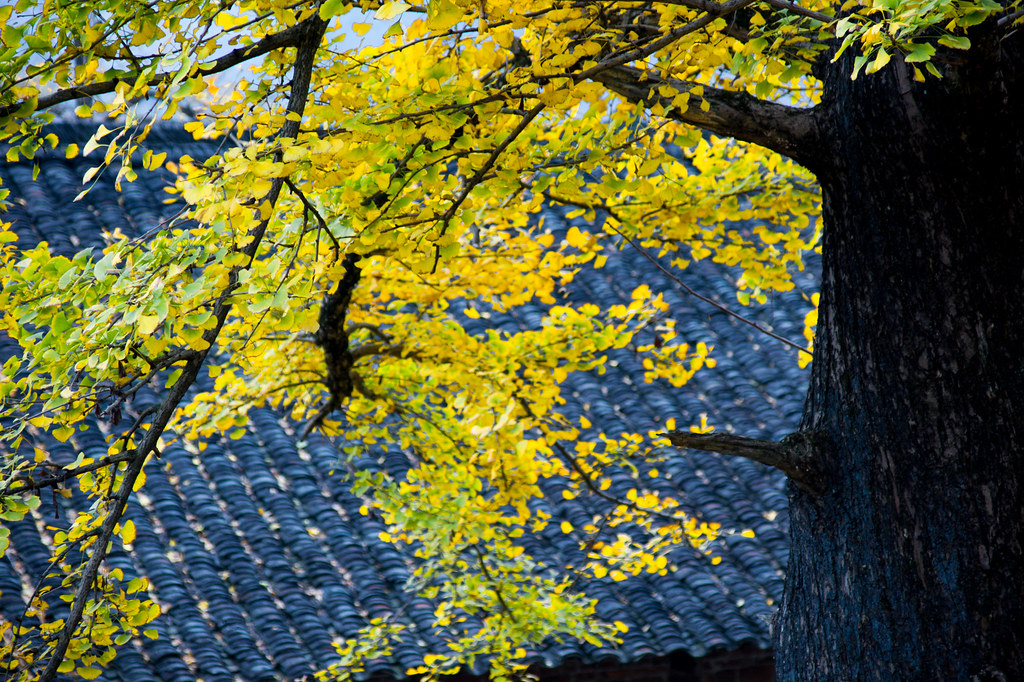 Fun Outdoor Activities to Do with Your Dog this Fall →