Dallol Volcano – The Hottest Place On The Planet

There are few places on Earth where man is still not stepped. Many of them are impassable places, or require special skills to be able to reach them. Such are the volcanic areas. In the last 100 years are known around 1,500 active volcanoes. Currently there are 600 volcanoes whose eruptions observed throughout history and annually 50 to 70 volcanoes are activated. In every moment of our planet about 20 volcanoes eject lava.

Dallol volcano is a huge area full of bright colors – red, orange, yellow, blue, green and white which make a scene that you never seen before. Volcanoes allow you to feel the power of nature in every sense. You can hear the deafening explosions, you can see the terrifying waves, lava bombs and you can feel the unbearable heat of lava floating near you. 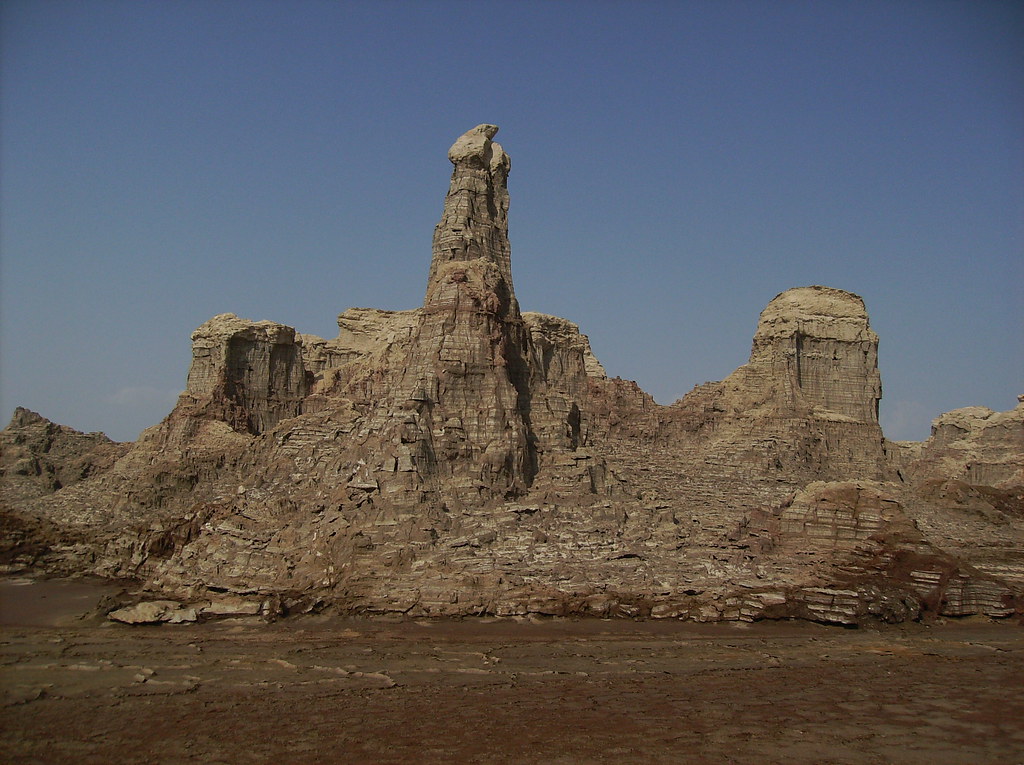 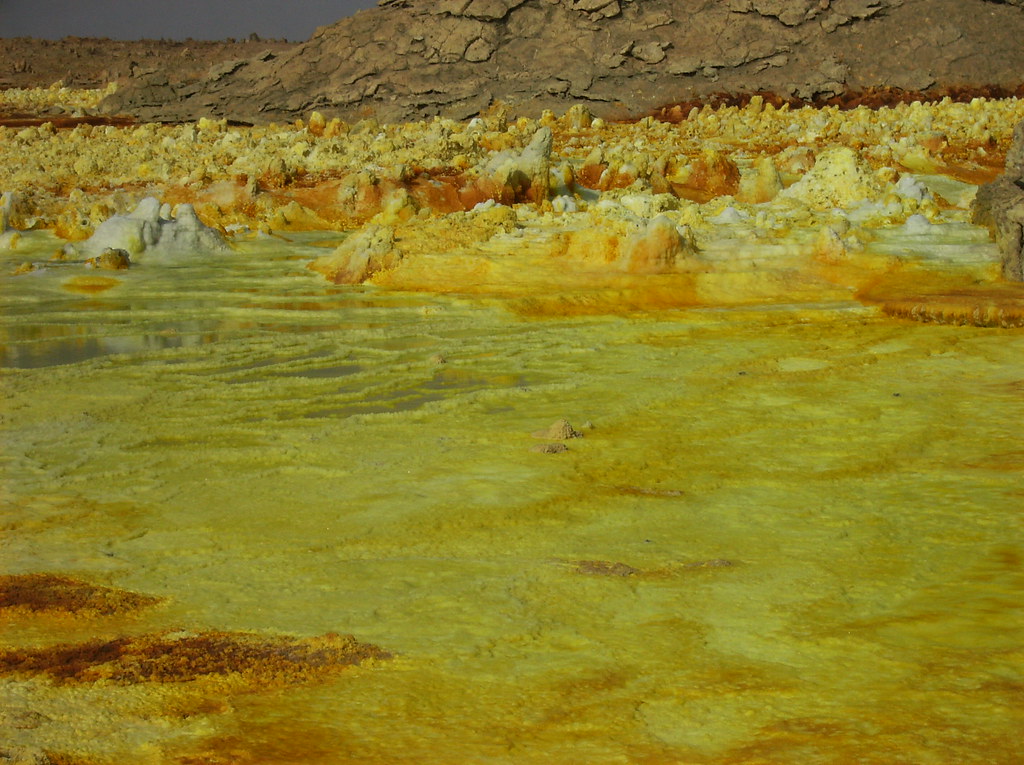 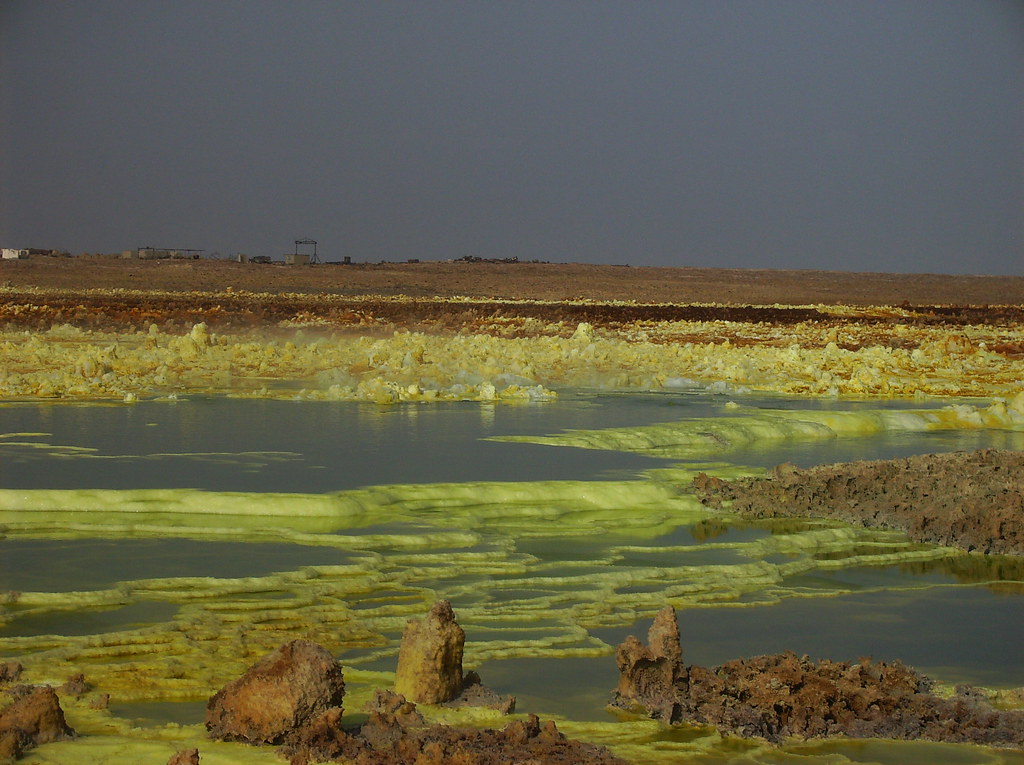 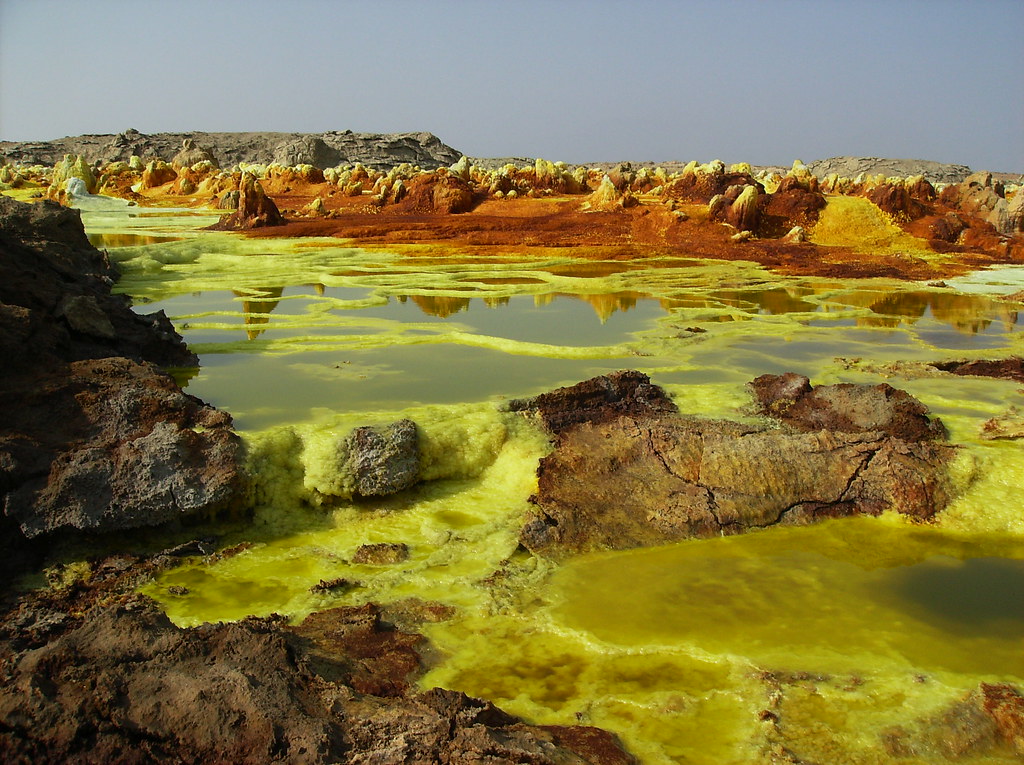 Dallol volcano in Ethiopia is the lowest land volcano in the world, known as the hottest place on the planet. Its interesting formations come from numerous mineral compounds such as iron chloride, iron hydroxide and sulfur. At the Dallol volcano you can see neon colors and steam, you can feel repulsive smell of sulfur like rotten eggs, unbearable heat and no sign of life. This place on earth it is very unusual. Located in the northeast of the African country, volcano Dallol is not an ordinary volcano. 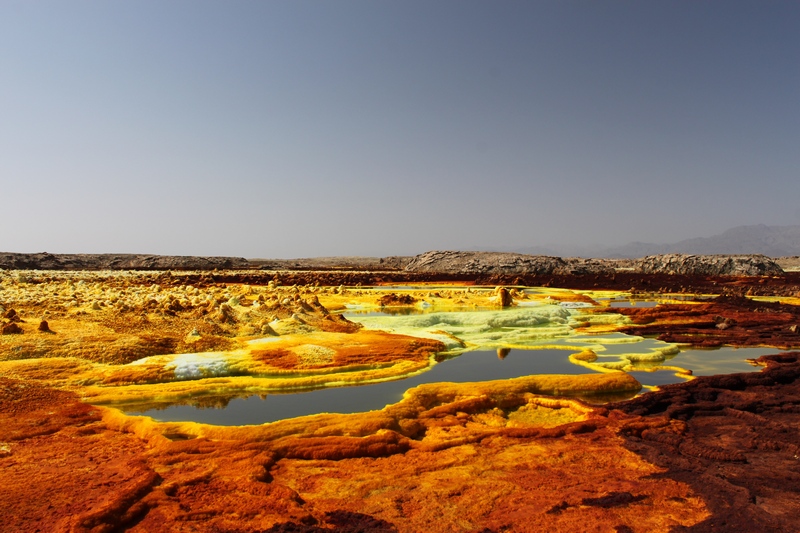 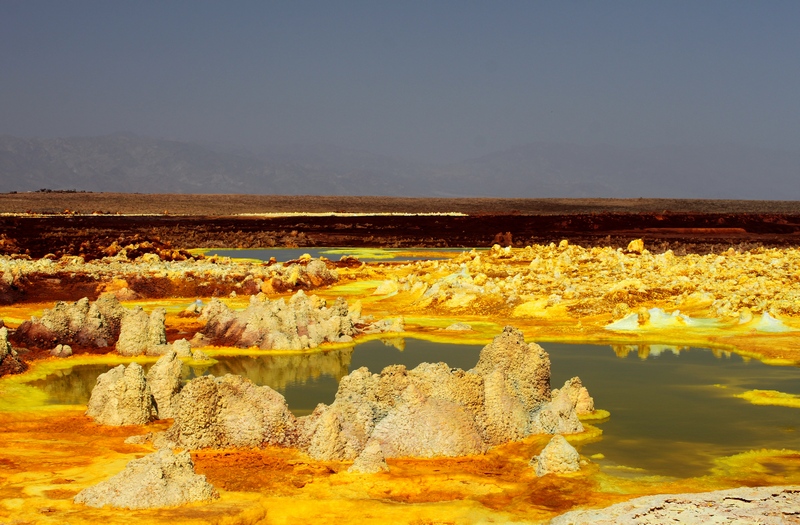 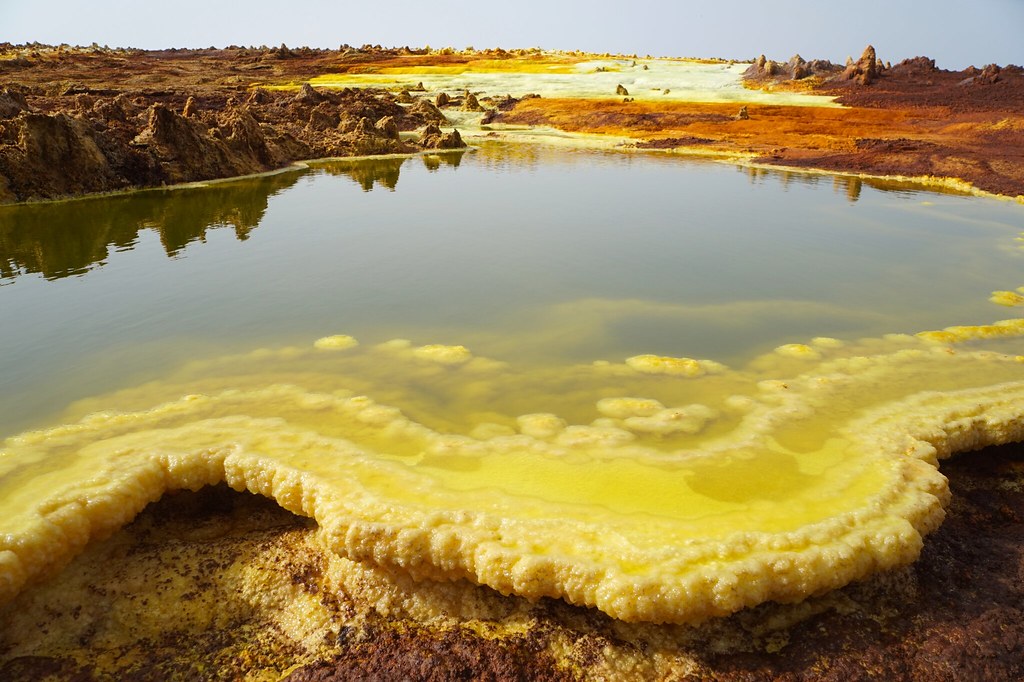 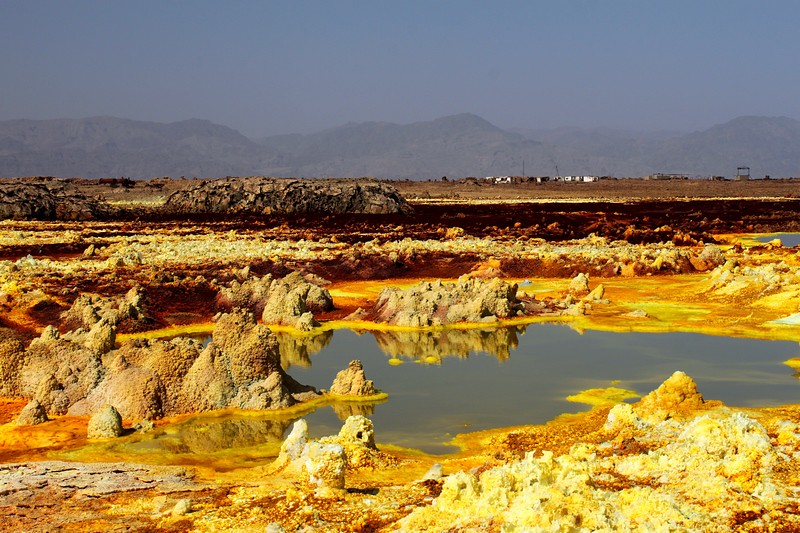 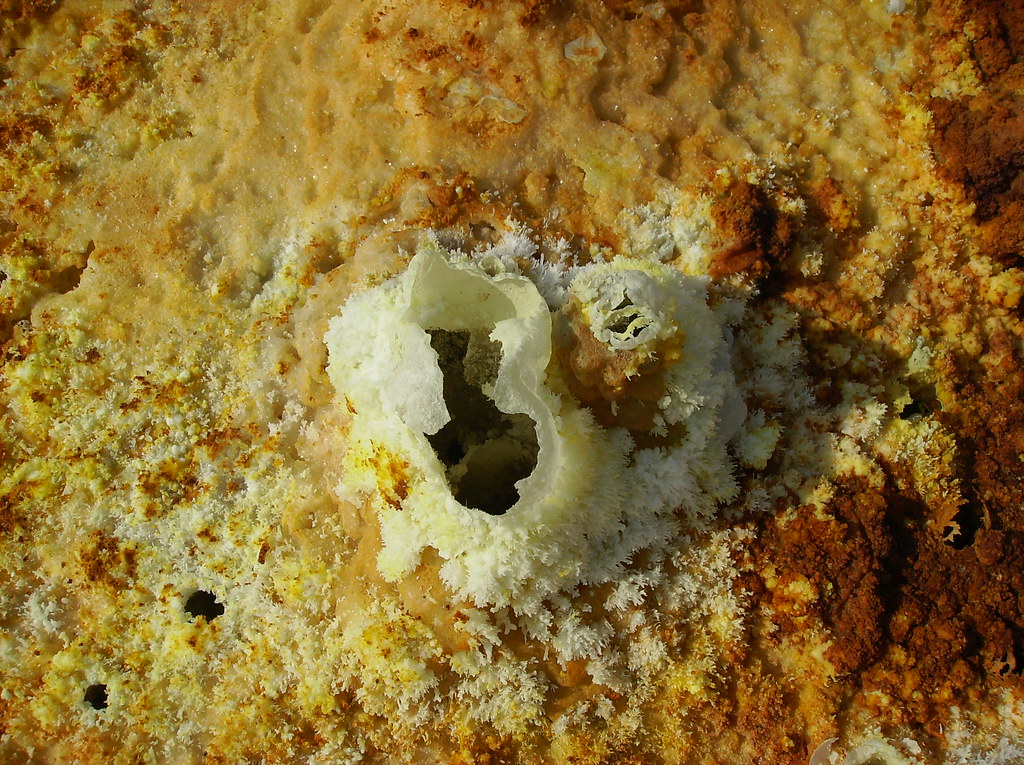 There are salt deposits, which occurred some 20 million years ago when the area covered by seawater, which with time has pulled, leaving behind over 1 km salt deposits. Underground water, which descends into the depths, is encountering with heated rocks and turns into steam. Volcano Dallol seems as space area without grass or plant, or the living beings. There you can see only the occasional stray dead bodies of birds and grasshoppers contribute to the weirdness of the place. Everything simmers and boils as in the witch’s pot. From the heat, the ground melts on the surface. 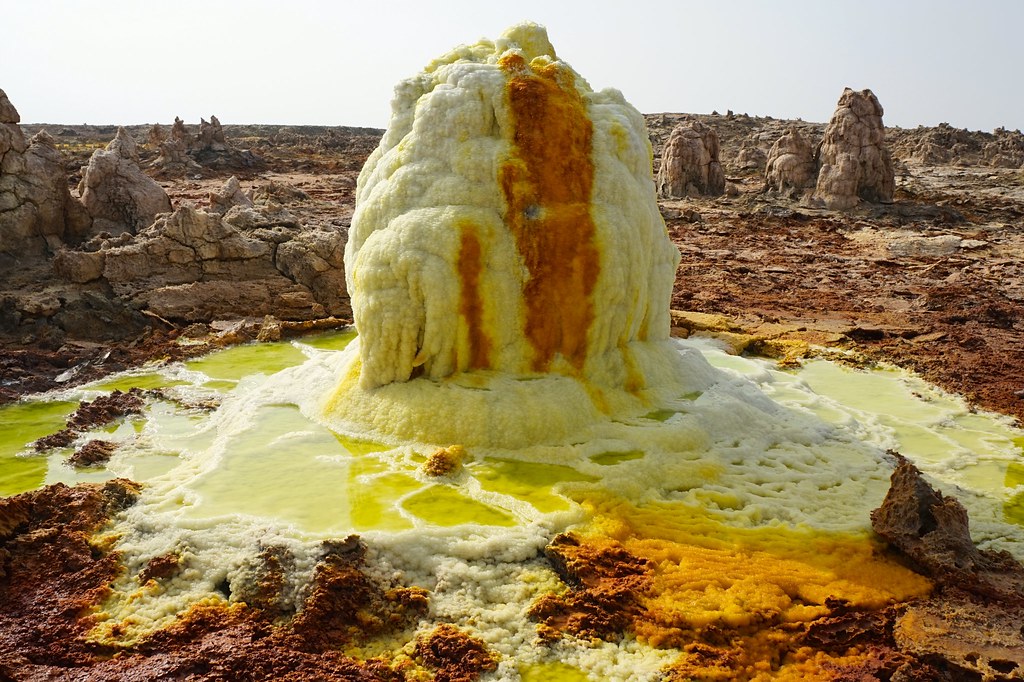 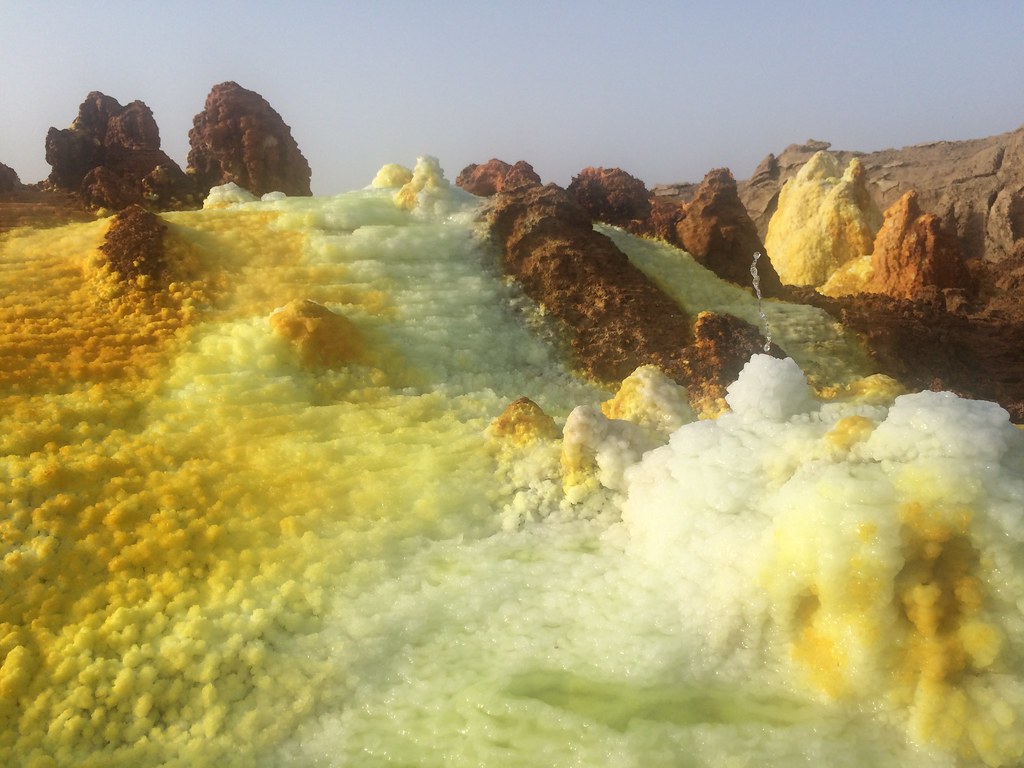