You can find beach with the kind of sand that can only be imagined, with warm or cold water, beaches with gentle and powerful waves. There are a large number of beaches with untouched nature. Hawaii can really offer something for everyone. If you are looking for a special beach in Hawaii, we represent you Hanauma Bay.

Although we gave you a suggestion to visit the most spectacular bay in Hawaii, it is worth a little exploring on your own. Hanauma Bay has many hidden beauties that can be seen only by the adventurous and those who know how to enjoy the beauty of life. 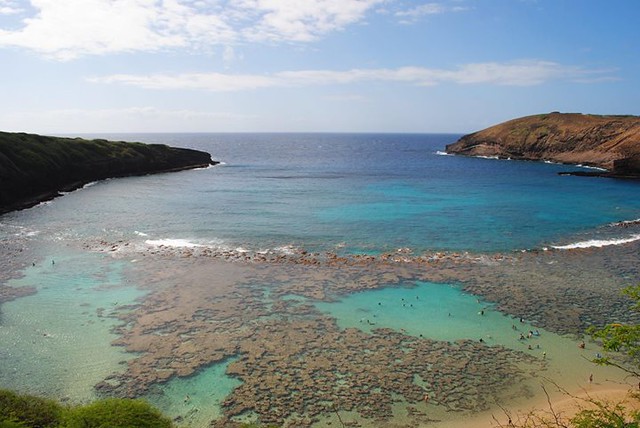 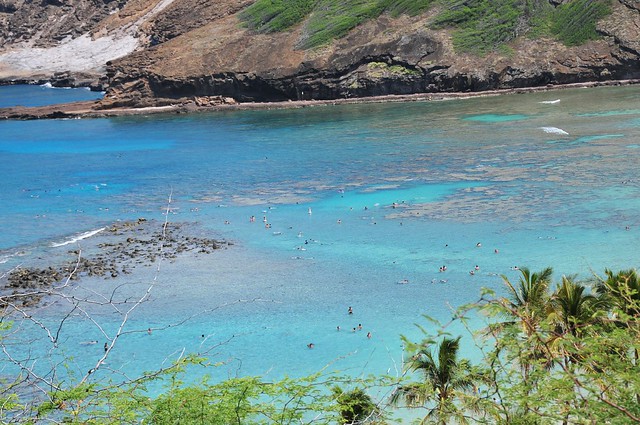 Hanauma Bay is a nature reserve, located in the crater of an extinct volcano and represents one of the most popular tourist destinations on the island. This attraction annually is visited by more than 1 million people. Visitors to Hanauma Bay known as the Shelter Bay, situated in the southeast of the Hawaiian island of Oahu. There you can swim and play in the former volcanic crater. The Hanauma Bay is known for its diverse and awesome beauty of the underwater world. There are more than 450 species of exotic tropical fish, coral and green sea turtles. 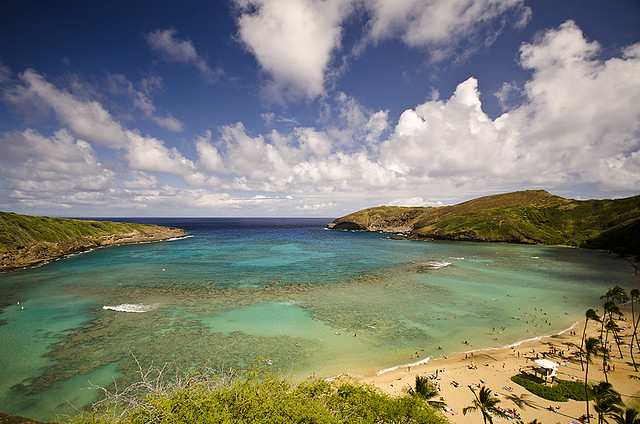 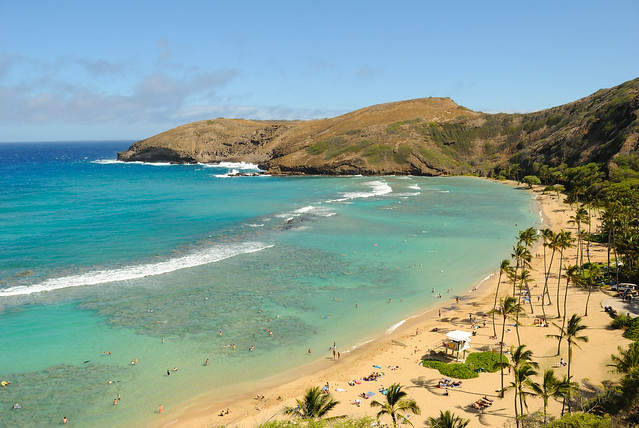 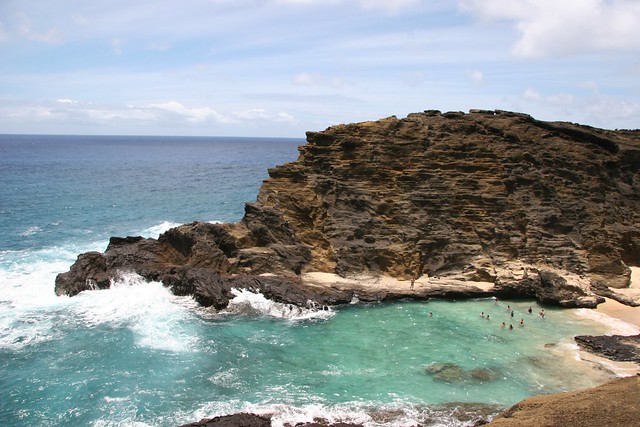 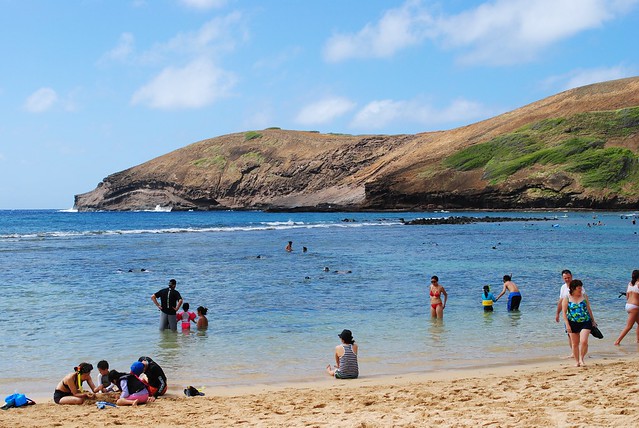 Rare fish and sea turtles can be seen in the middle of the colorful coral reefs. During bright summer day, you do not need to swim too far away to get a good look. Water especially invites divers, because is clear and calm throughout the year. The magnificent beaches of gold sand and calm waters are one of the best and most popular diving spots. In the Hanauma Bay is prohibited feeding the fish and turtles, you can only swim with them and take pictures. You can also rent diving equipment and experience the varied marine life in the clear, blue waters of Hawaii. 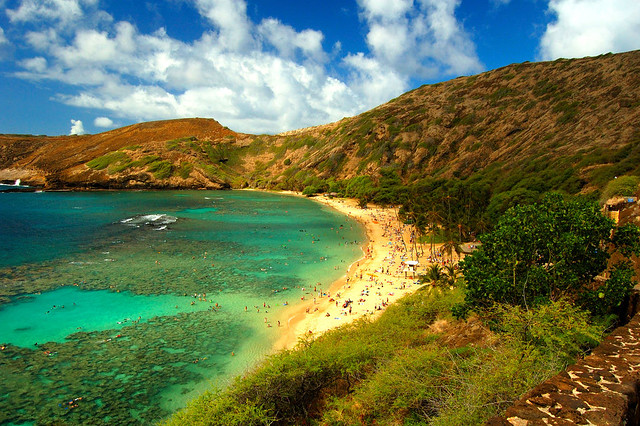 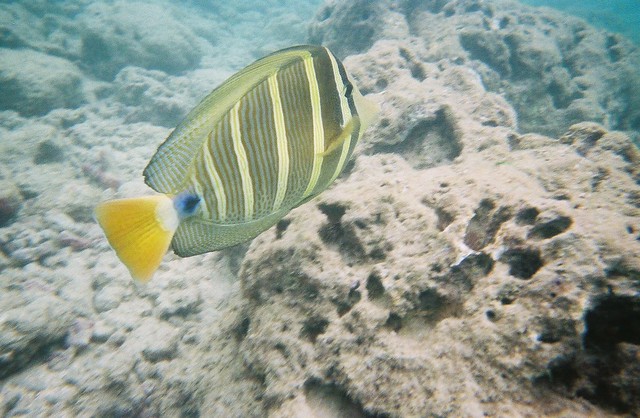 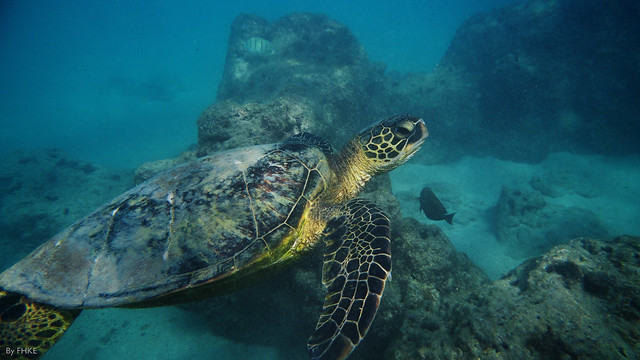