With a rich history longer than 2,000 years, the Uzbekistan city Khiva is a true oasis filled with fascinating architecture. Buildings of the recent history have been carefully integrated into the existing structure, creating an extremely harmonious urban composition. Khiva is surrounded by ten meter high defensive walls built of mud-brick and inside the city, known as Kala Yichang are located all major sights. 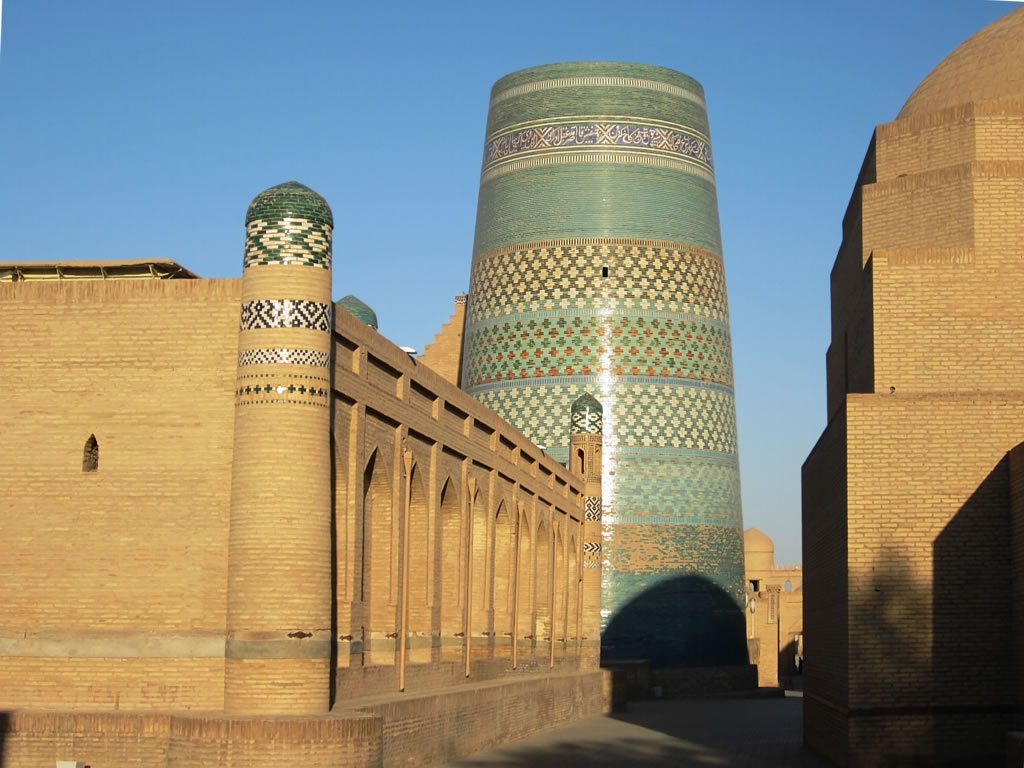 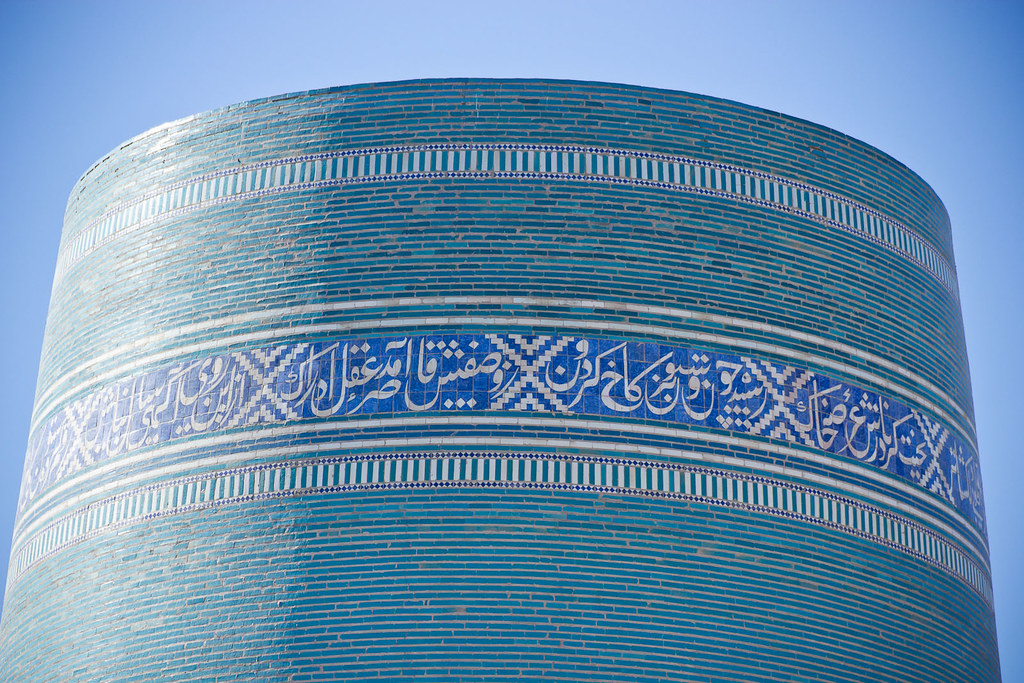 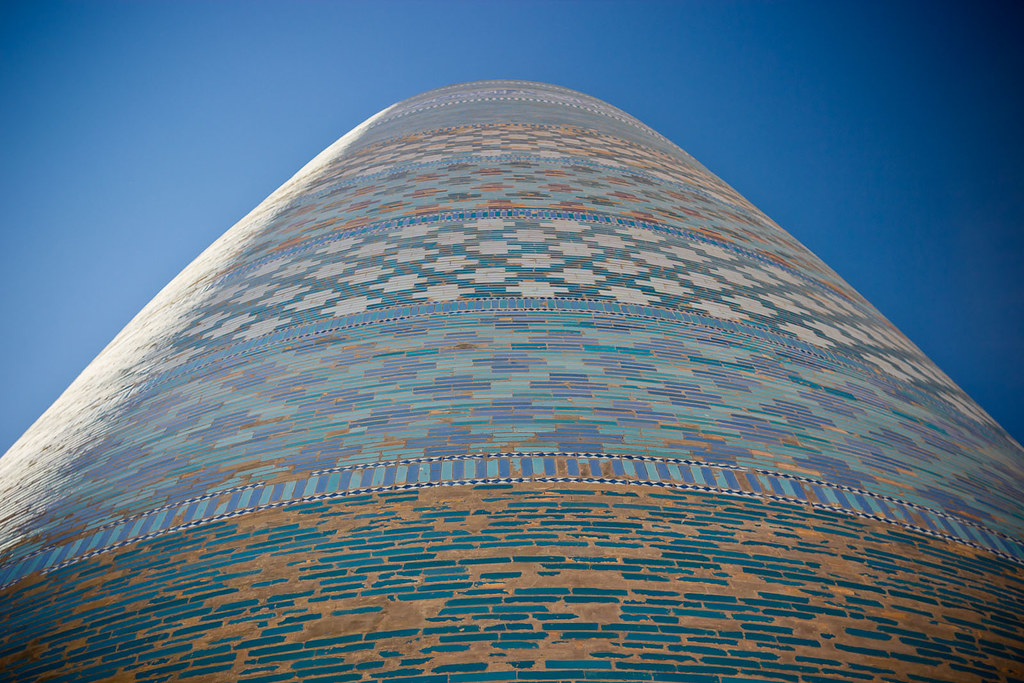 One of the most impressive buildings is the minaret Kalta Minor, covered with colorful glazed ceramic tiles, whose beauty will indulge you at first glance, as soon as you step through the western gate. The colors of the Kalta Minor are definitely in contrast to all the buildings around, giving an additional charm to this landmark. The minaret was created by Mohammed Amin Khan – ruler of ancient country located in Central Asia named Horezmia in 1852. 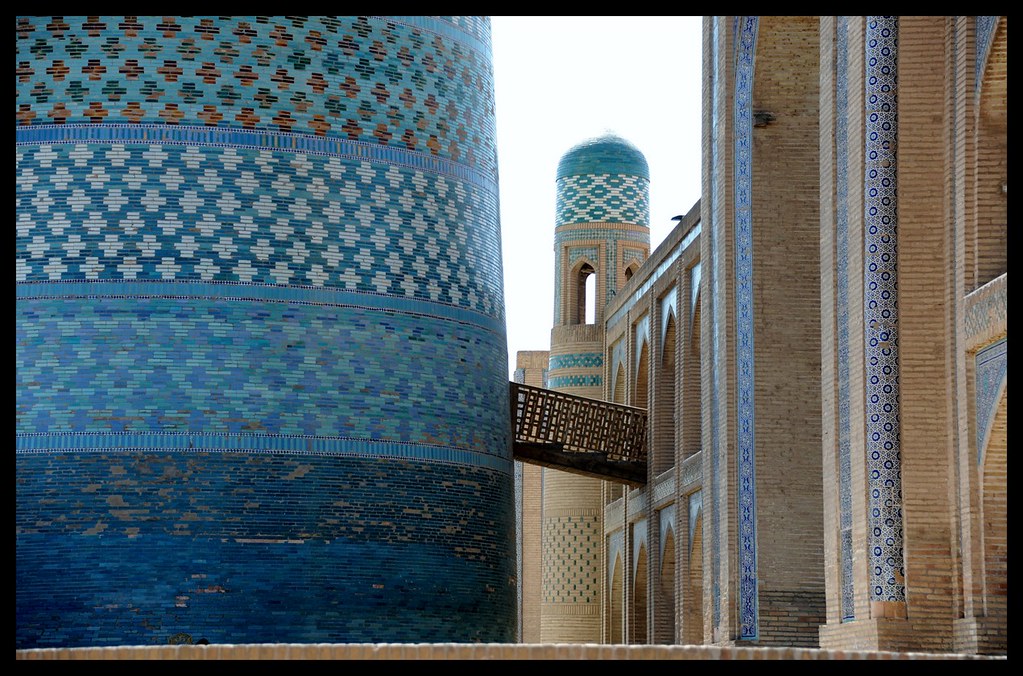 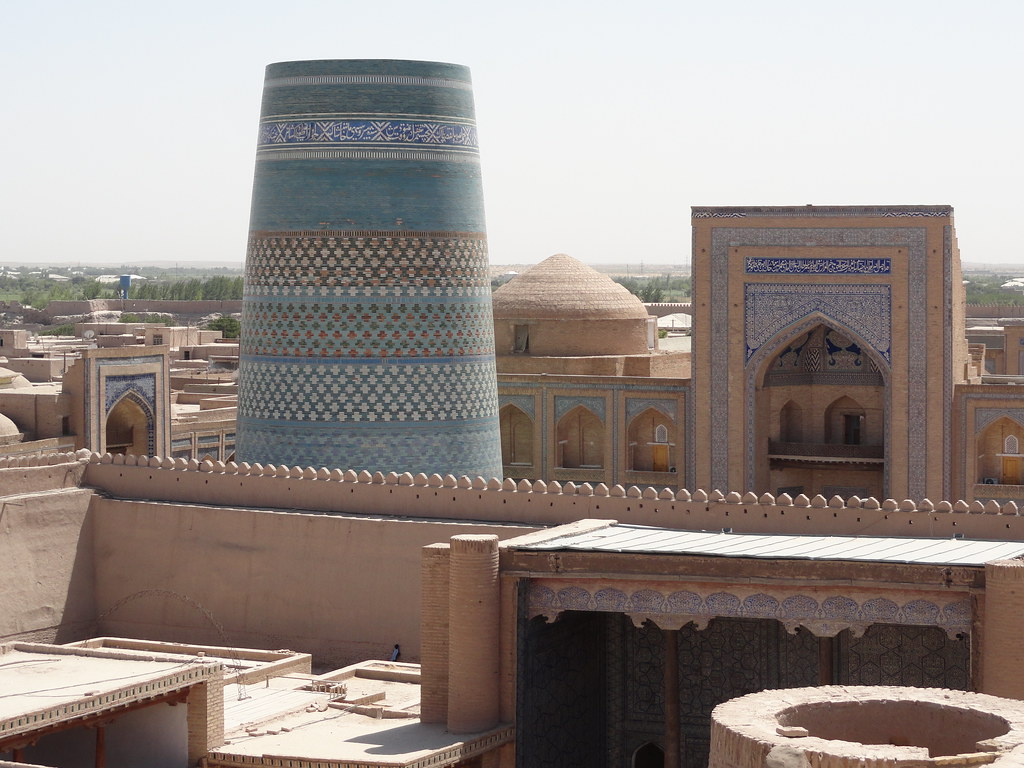 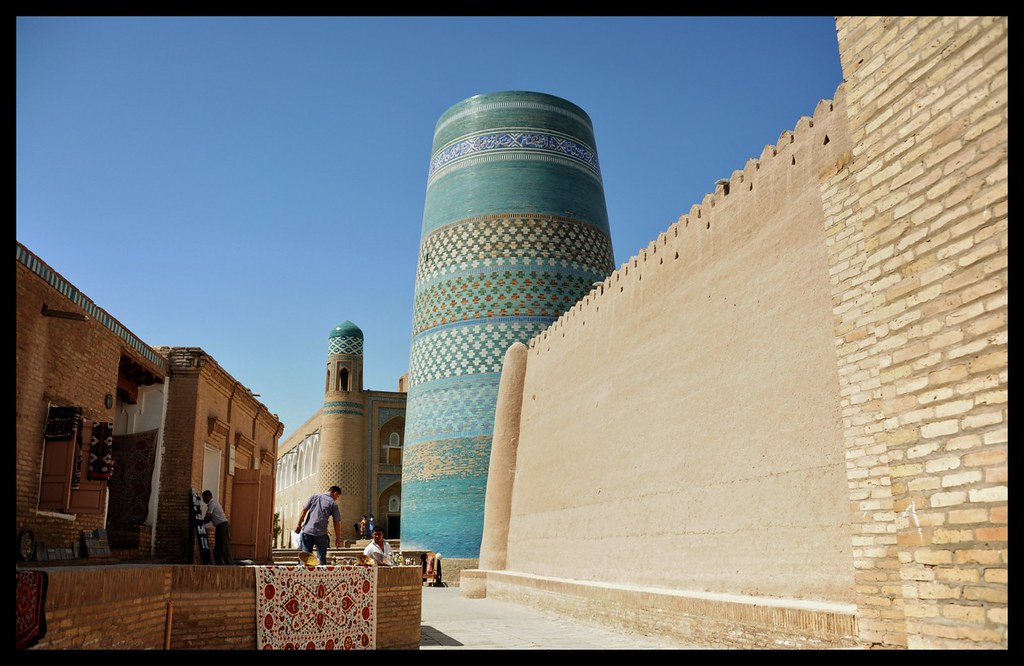 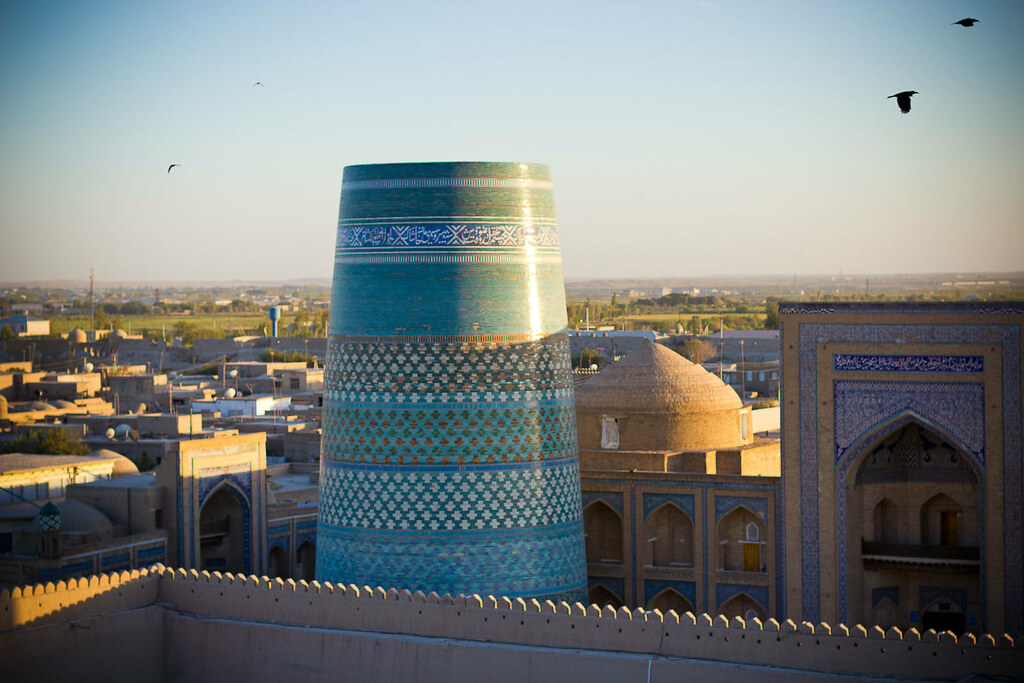 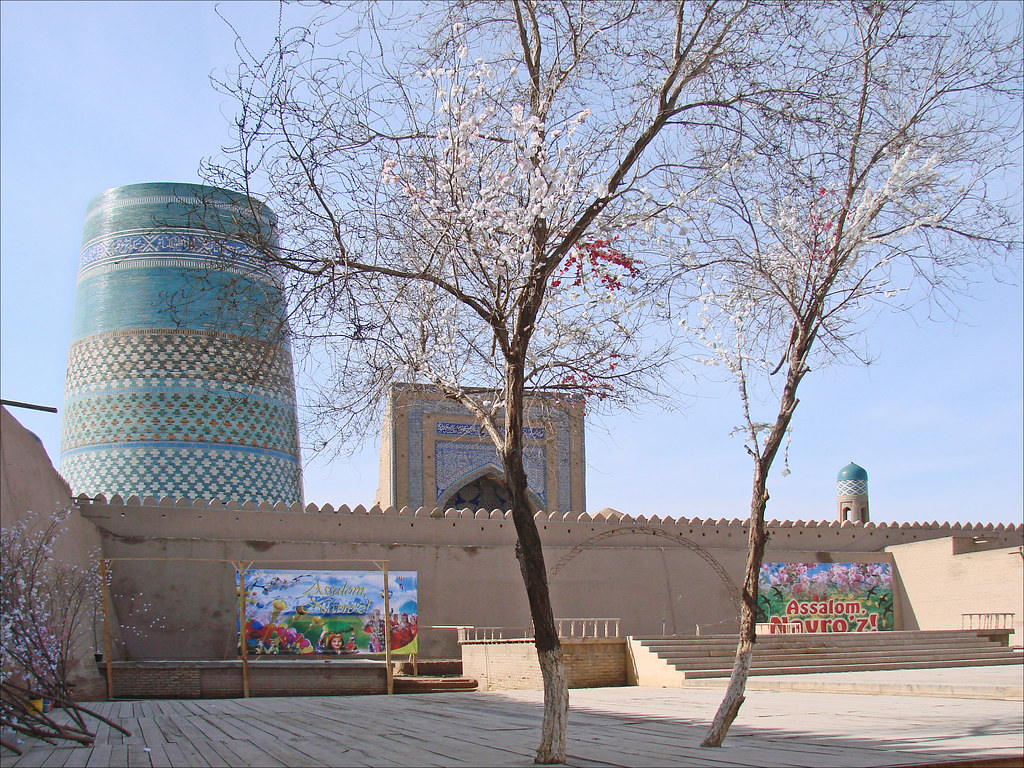 According to legend, he wanted to build such a high minaret in order to see the entire route to the distant city of Bukhara which was located on 400 kilometer distance. According to same rumors Kalta Minor should soar to around 70-80 meters above the ground, while others talk that the construction supposed to be about 110 meters. That height should make the minaret tallest building in all of Central Asia. Since only three years after the construction of the minaret ruler was killed in battle with Turkmenistan and Kalta Minor still remained unfinished. 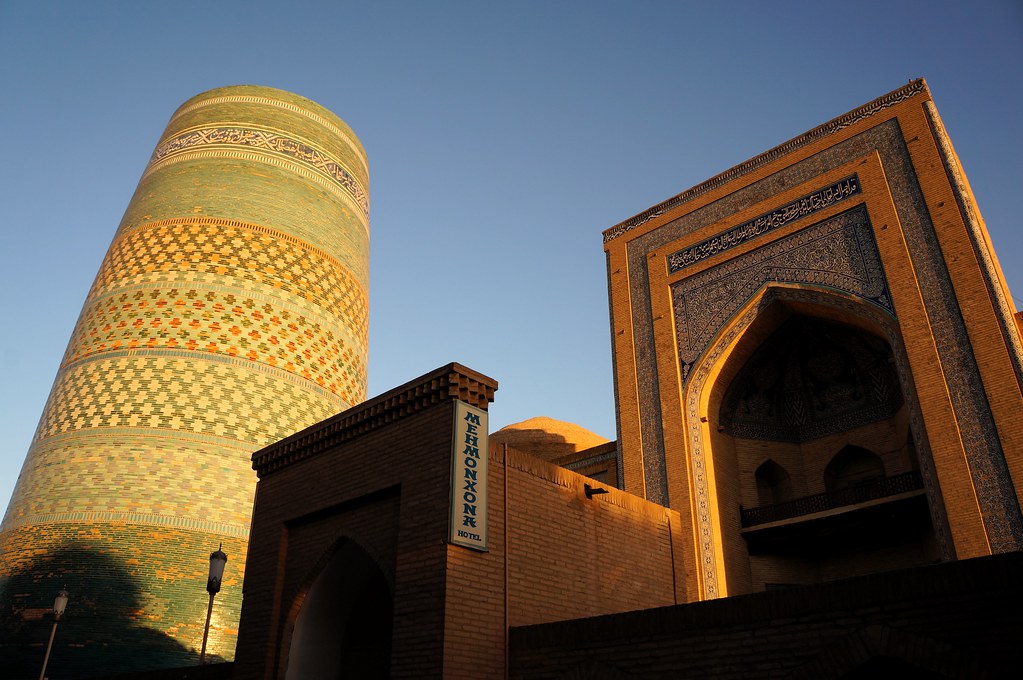 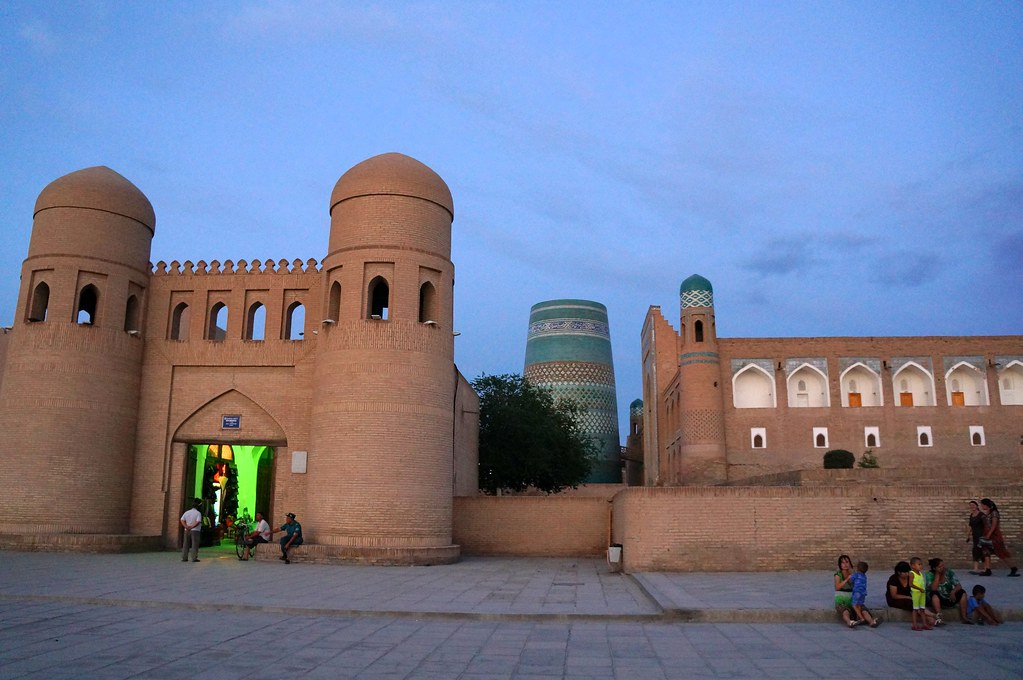 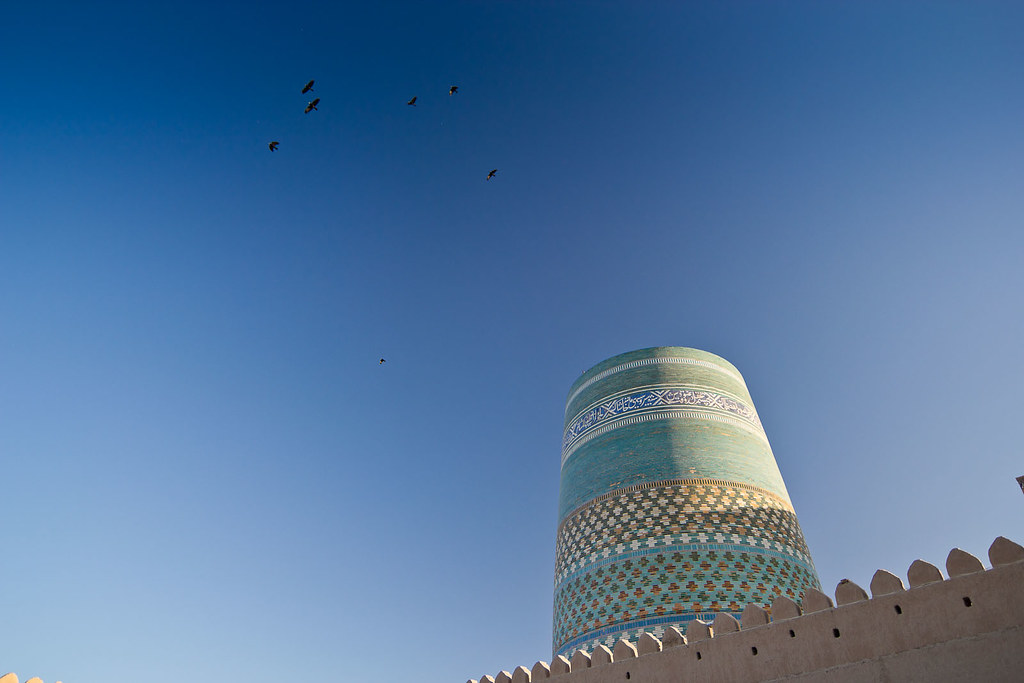 Today, minaret Kalta Minor is high just 26 meters and has a diameter of 14.5 meters. Therefore, people are starting to call the building “Kalta Minor” or “low minaret.” It is the only minaret which is completely covered with ceramic tiles. They form a complex, various forms in several colors, but prevailing are blue and green. You will be amazed from the building of the minaret Kalta Minor, if you love buildings with cheerful and bright colors, which also characterized the history of the place where are located. 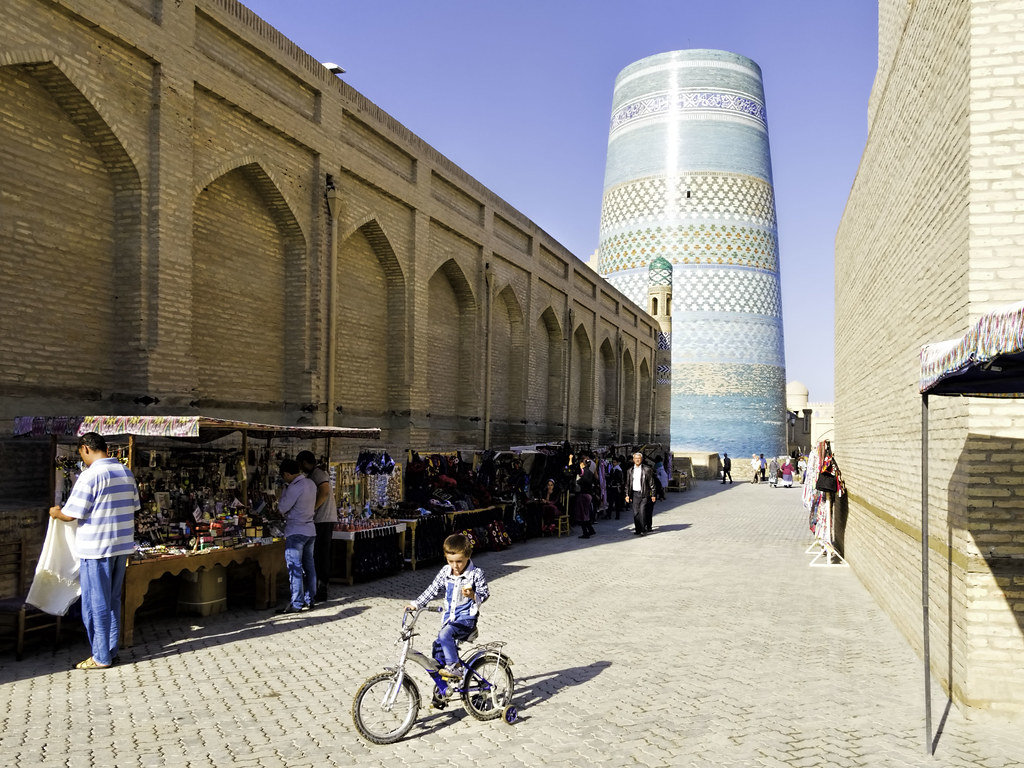 Ceramic tile designs from all around the world →