Ever wondered why the sky is blue? Then here’s the short answer. Light of all colours enters our atmosphere from the sun. But the blue part of the colour spectrum has shorter wavelengths and higher frequencies. In other words, blue light is easier for us humans to see. Scientists call this the Raleigh Scattering effect.

But it doesn’t explain our fascination with a clear blue sky, And that’s because it represents something science can never fully capture. Blue skies signal endless potential, the idea of something beyond, and an empowering sense of optimism that suggests everything is right with the world.

So to honour the magical feeling of staring up at an endless blanket of blue, S-Money researchers looked through thousands of images to see which cities have got the blues skies on earth.

Suva, the capital city of Fiji, boasts the bluest skies on planet earth, according to S-Money. This is partly due to its coastal location. However, the city’s commitment to managing air pollution is probably the most significant factor. Smog and air pollution can turn skies white or grey, as seen in China’s heavily industrial regions. In fact, many of the cities in the top 10 blue sky list are well within the World Health Organization’s (WHO) target measures for low air pollution. In 2016 governments from across the world signed the United Nations Framework Convention on Climate Change. It’s more popularly known as the Paris Agreement, and the French capital is leading by example. The city sky outshines all others across Europe. Again, its clean air policies are a big part of ensuring Parisians can enjoy regular epic sky views. San Francisco’s blue skies create an impressive backdrop to the city’s most iconic sites, including the Golden Gate Bridge. And they’re one of the reasons why so many people spend their vacations in and around the city. The San Fran region is famous for its beautiful beaches and national parks. San Fran has the clearest sky in the United States, but not the America’s. Instead, that title goes to Nassau, the capital city of the Bahamas. This picture-postcard Caribbean island is a popular location for Hollywood directors looking for exotic film sets. Nassau’s stunning blue skies have starred in five instalments of the James Bond franchise and two Pirates of the Caribbean movies. Here’s the complete list of all the world’s bluest skies. It’s a perfect resource for picking your next dream holiday destination. 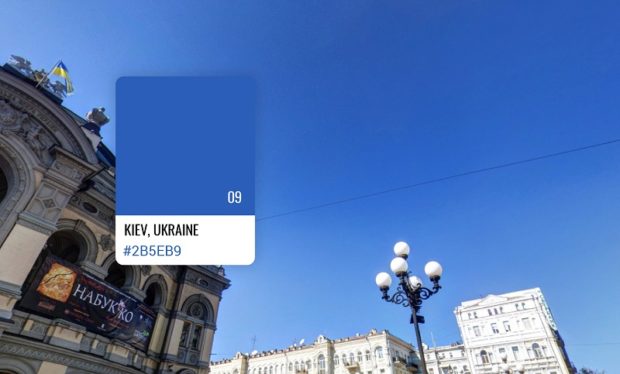