Reasons You Should Fall In Love with Riyadh

Ardent travelers love many places across the globe and Riyadh ranks quite high on their list of adored destinations. It is the largest city in the Arabian Peninsula that draws the attraction of plenty of tourists worldwide. Many people like to visit this city multiple times due to several reasons that are discussed as follows.

Riyadh is the capital city of Saudi Arabia that is known to be the most populous city despite being situated at the center of a desert. It also receives millions of tourists every year, who flock here to visit several architectural wonders, some of which are considered as landmarks of this city. The financial prosperity of this city encourages many foreigners for setting up their business headquarters here. Since the surrounding desert is very hot during the summer, winter is the best time for visiting Riyadh. Therefore, lots of tourists visit this city during the winter months of December to February when the climate is mildly cool and dry. Some people also prefer the off-season months of April and October when it is not so scorching hot here, to avoid the huge crowds of winter.

How to travel to Riyadh

Several major airlines offer cheap air tickets for flights from different cities of the world to King Khalid International Airport in Riyadh. Though air tickets are available from Emirates, Etihad, Flynas, and EgyptAir at reasonable prices, Saudia airlines tickets are in huge demand due to more affordable rates. Foreign tourists only need to keep their passports, visas, and other documents ready, along with flight tickets to travel to Riyadh. How to move around Riyadh (transportation)

Tourists can move all around Riyadh in minibuses, where the bus fare is quite reasonable. Metro rail is another good option as there are two subway metro lines across the city. Moreover, white taxis and rental cars are available in plenty to help foreigners in sightseeing conveniently. Islam is the state religion of Saudi Arabia and hence, most of the citizens are Muslims and devoted to all their religious rituals. Therefore, tourists are forbidden to preach other religions in public, though they are free to practice their religions here. Pork and alcohol are prohibited in this country. Men and women are not expected to demonstrate their affection in public. They should also dress in a conservative manner. Places to visit in Riyadh Najd Village and Cabrito are two popular restaurants known for producing the most delicious Kabsa, a traditional Arabian cuisine made of meat. The Globe is a famous restaurant located on the top of Al Faisaliah Tower, where both local cuisines and European dishes are available. Elements is another exclusive restaurant located at Kingdom Center, known for mouth-watering Asian cuisines, seafood dishes, and local Arab foods. Mirage Restaurant, Set Al Sham, and Spazio are other prominent eateries of Riyadh for satisfying the appetites of tourists. Kabsa, Saleeg, Shawarma, Tharid, Dajaj mashwi, Harres, Gursan, and Falafel are the most popular non-vegetarian dishes of Saudi Arabia that are available everywhere in Riyadh. Martabak, Ma’amoul, and Hininy are delicious sweet dishes of this region that no one can resist tasting. Matazeez, Bukhari rice, Jalamah, Mofatah al-dajaj, and Markook are some wonderful Arabian cuisines that tourists cannot fail to relish. 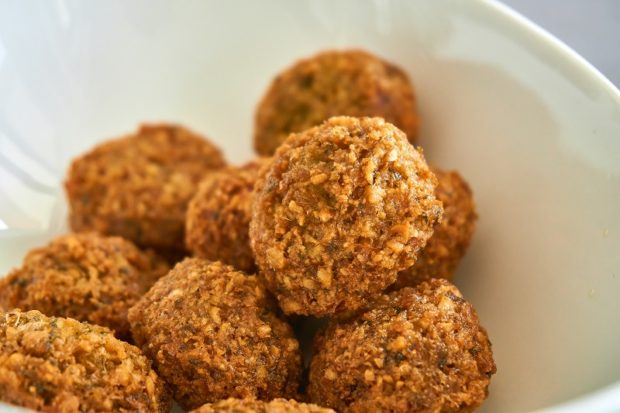 Historic Places to Visit in Riyadh

Ushaiqer Heritage Village to the northwest of Riyadh is a must-stop for tourists, to have a view of the cultural history of this land, with lots of historical mud buildings. Murabba Historical Palace is another important site, which was the former home of the royal family of Saudi Arabia and displays various historical photos and memorabilia. Ad Diriyah on the western side of Riyadh is declared a UNESCO World Heritage Site, which was once the capital of this country. Shopping places to visit in Riyadh Tourists love to be engaged in various adventurous activities in the desert, like sand skiing, dune bashing, and camel riding. They also prefer the experience of camping amidst the desert for a night, sleeping in tents, and starting with the thrilling activities in the morning. Some tourists also enjoy hiking to rocky cliffs, like Edge of the World, Jabal Abyad, and Jabal Bayda. Many people love exploring the Neolithic settlements at Al Ahsa Oasis, the greenery of Al Ahsa National Park, and the rocky caves of Al Qarah Mountain. Scuba diving, snorkeling, and boating on the waters of the Red Sea, Arabian Sea, and Arabian Gulf are the popular water sports enjoyed by tourists. Where to stay in Riyadh

Foreign tourists need to book hotels in Riyadh for staying comfortably during their trips to this city. There are plenty of hotels and resorts in Olaya district, near Kingdom Center and Al Faisaliah Tower. Al Murabba is an old district where many tourists prefer to stay due to the close proximity of Murabba Palace and Masmak Fortress. Riyadh is an adorable tourist destination for many people and it’s a shining jewel amongst the Arabian cities!