Seville Cathedral – The Largest Gothic Cathedral In The Word

One of the top three things you cannot miss when in Seville is the Seville Cathedral. Its original Spanish name is Catedral de Santa Maria de la Sede or Cathedral of Saint Mary of the See. It is a Roman Catholic Cathedral and it is the largest Gothic cathedral in the world with an authentic architecture and look. It is the third-largest church in the world, right after the Basilica of the National Shrine of Our Lady of Aparecida in Brazil and St. Peter’s Basilica in Vatican, but at the same time it is the largest cathedral in the world as the two previously mentioned are not seats of bishops. 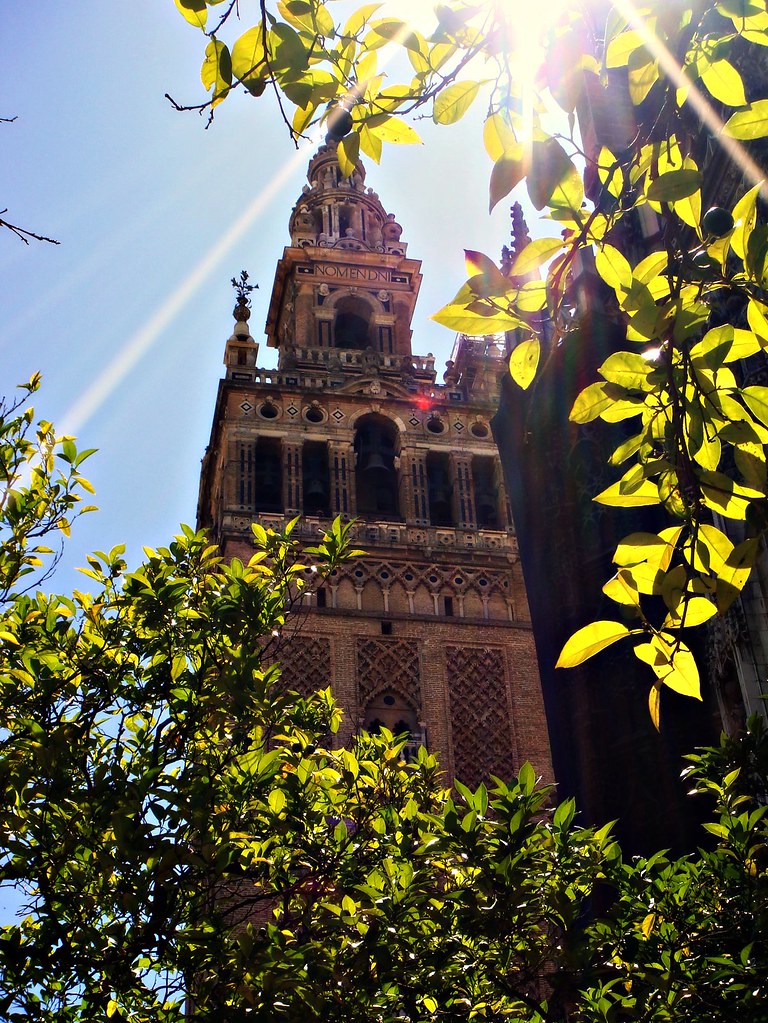 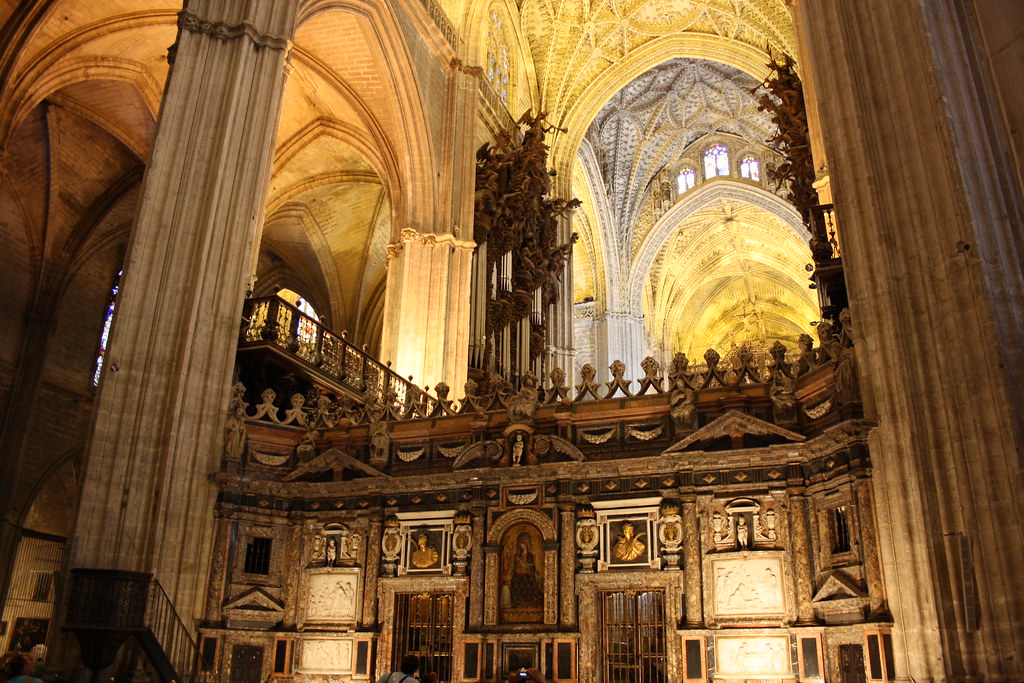 The first and main reason why it was built was nothing more but to show the city’s wealth. However later it had become an important trading center. Its look is so impressive and unique and it leaves speechless every single visitor. It is believed that the members of the cathedral chapter said: “Let us build a church so beautiful and so grand that those who see it finished will think we are mad”. And so they did. 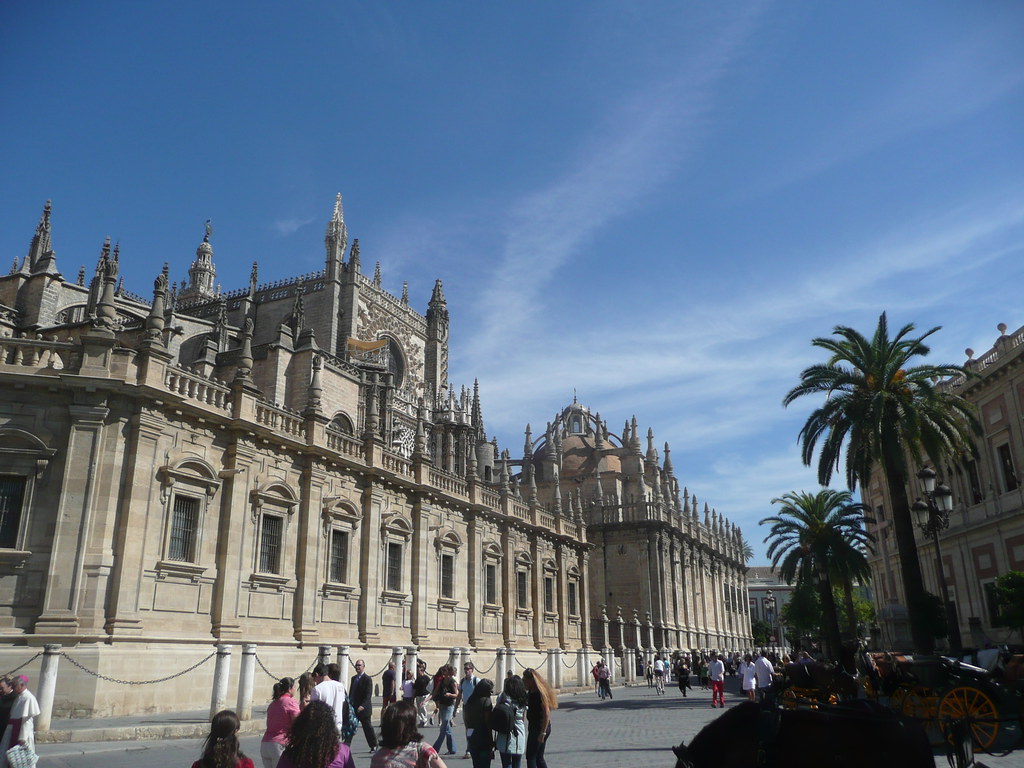 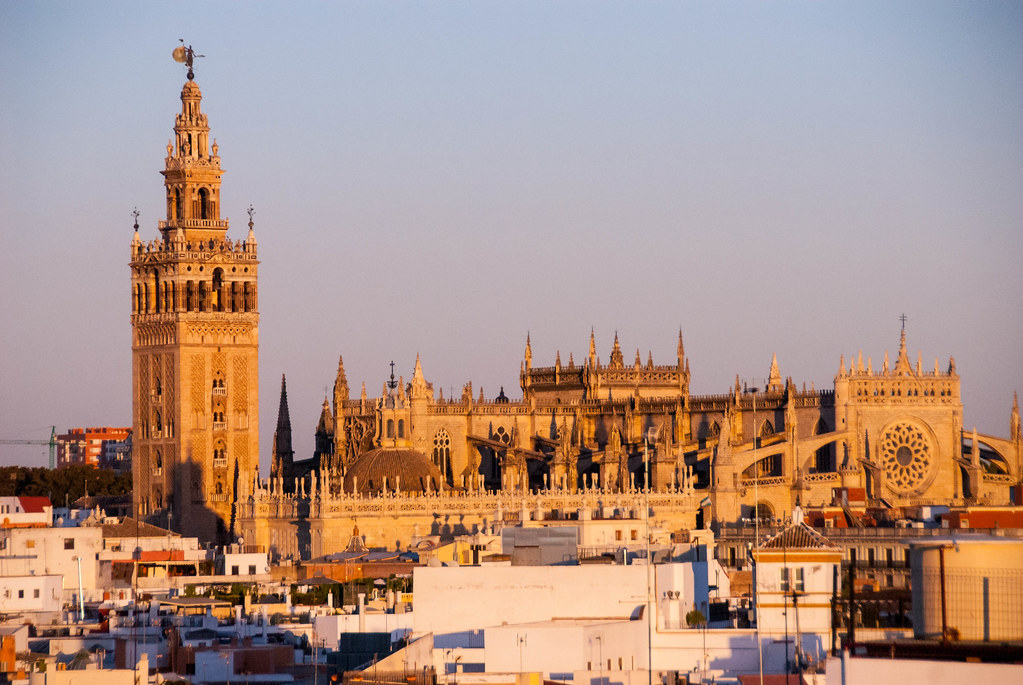 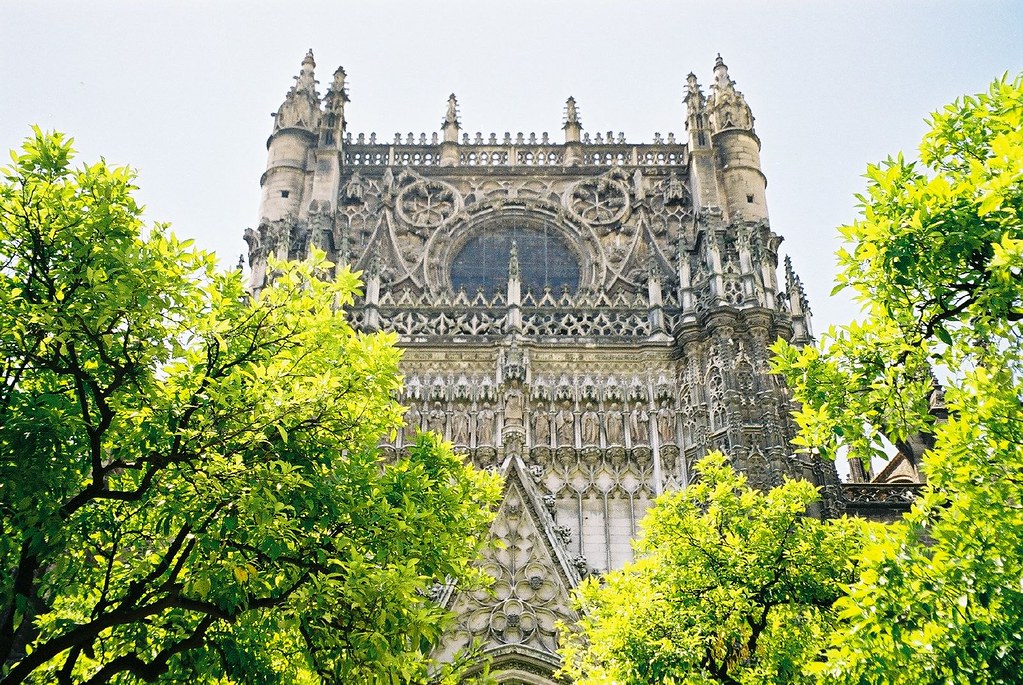 Seville Cathedral itself has as much as fifteen doors on its four facades, as well as eighteen chapels. At the same place where it was built there used to be a mosque constructed during the Moorish period and its former minaret turned into today’s famous Giralda, the bell tower of the cathedral. Nowadays it is one of the most representative buildings and it’s the second tallest building in Seville, being 97.5 m high (320 ft). 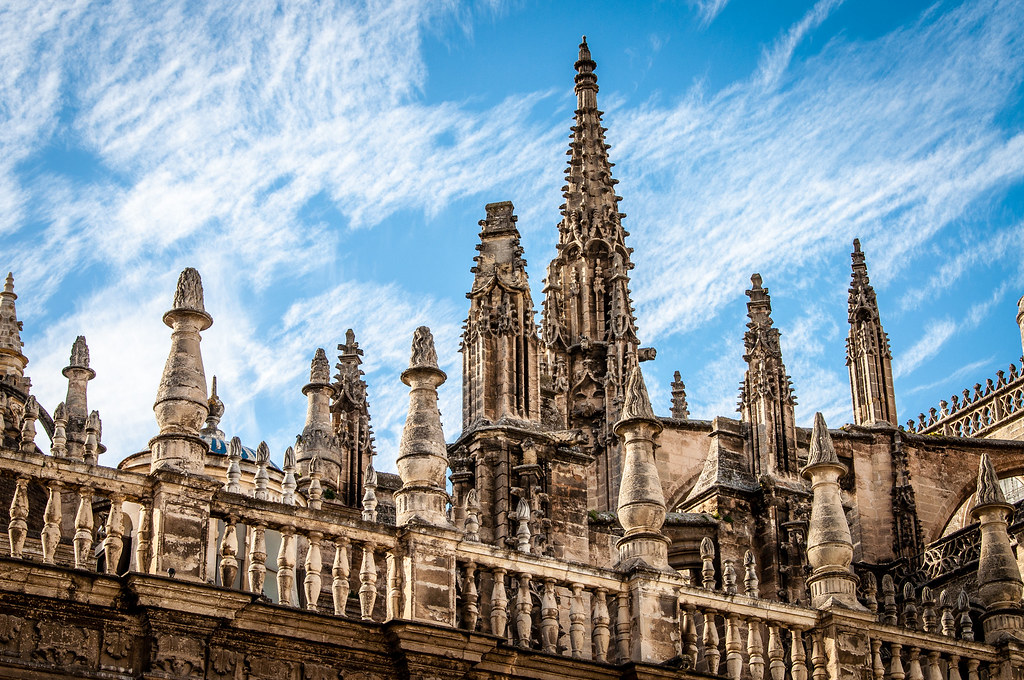 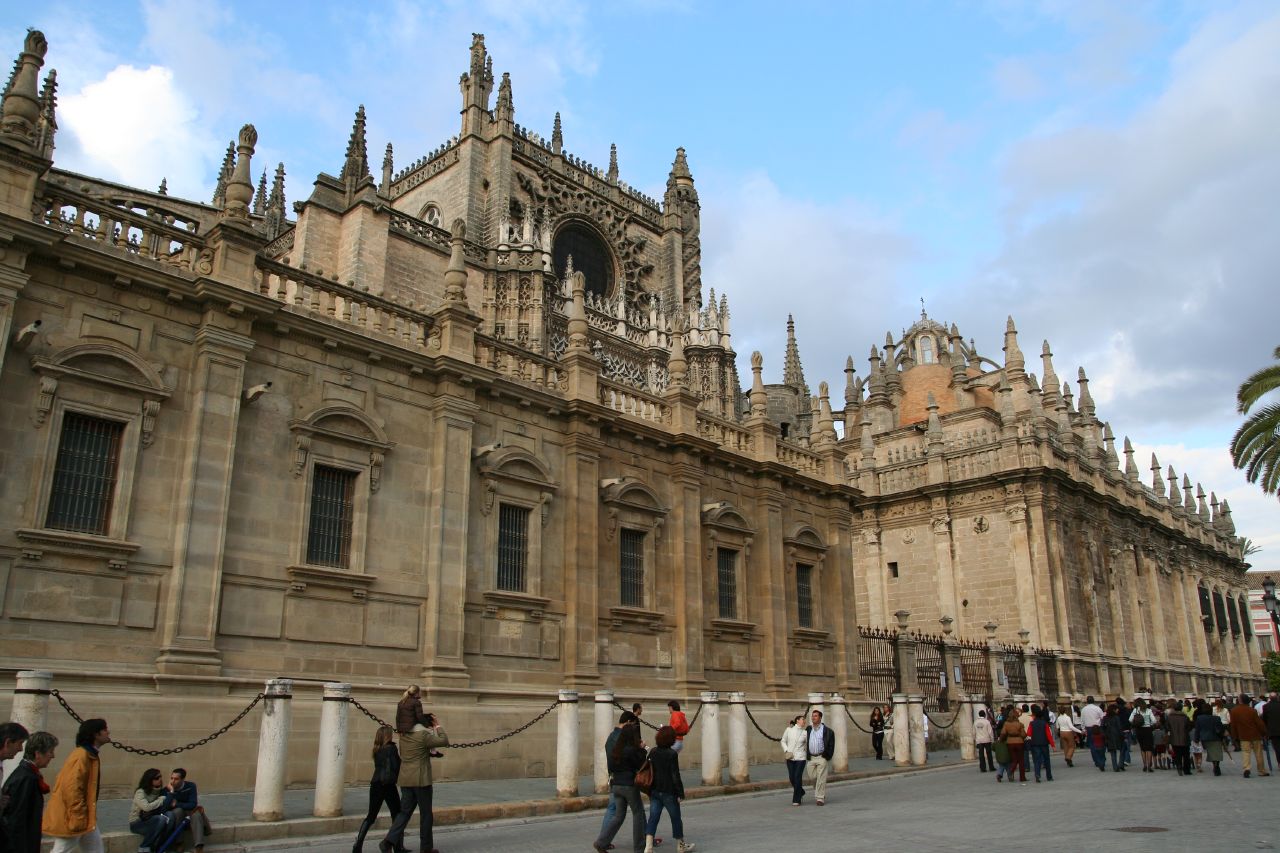 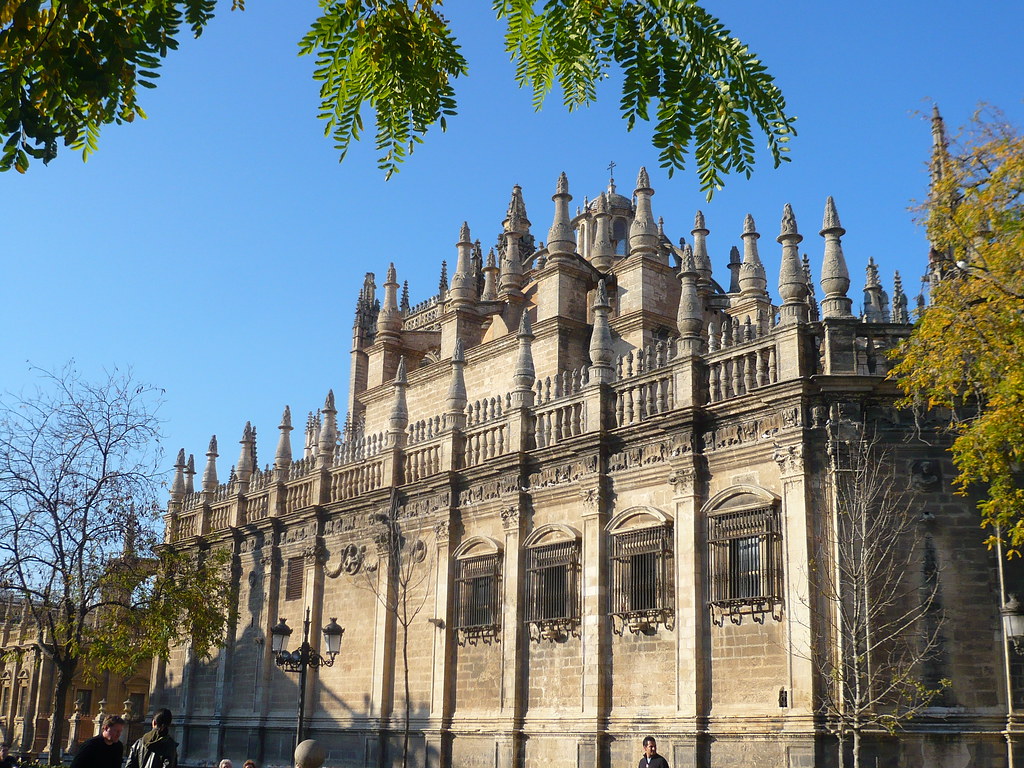 At the age of 1987 it was registered as a World Heritage Site by UNESCO, along with the Alcazar palace complex and the General Archive of the Indies, the three of them located in the capital of Andalusia, Seville. The cathedral is also the burial site of Christopher Columbus. It was built in the 15th and 16th century in Gothic style on the grounds of the former major Arab mosque and just one of the proofs of that story is the PILLA of the 5th century BC inside the wall. 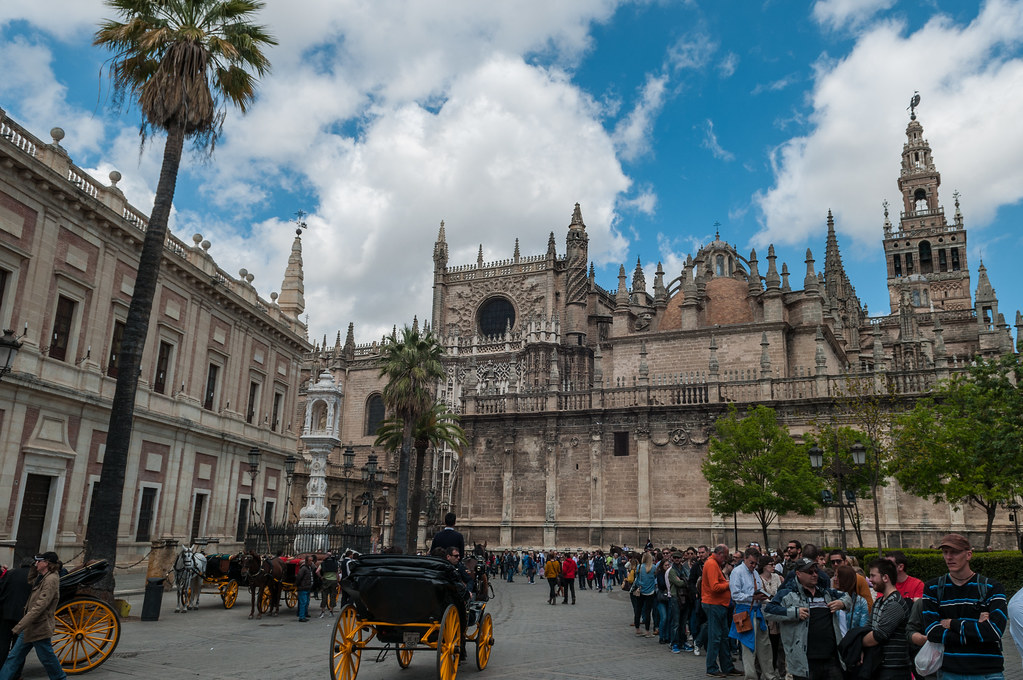 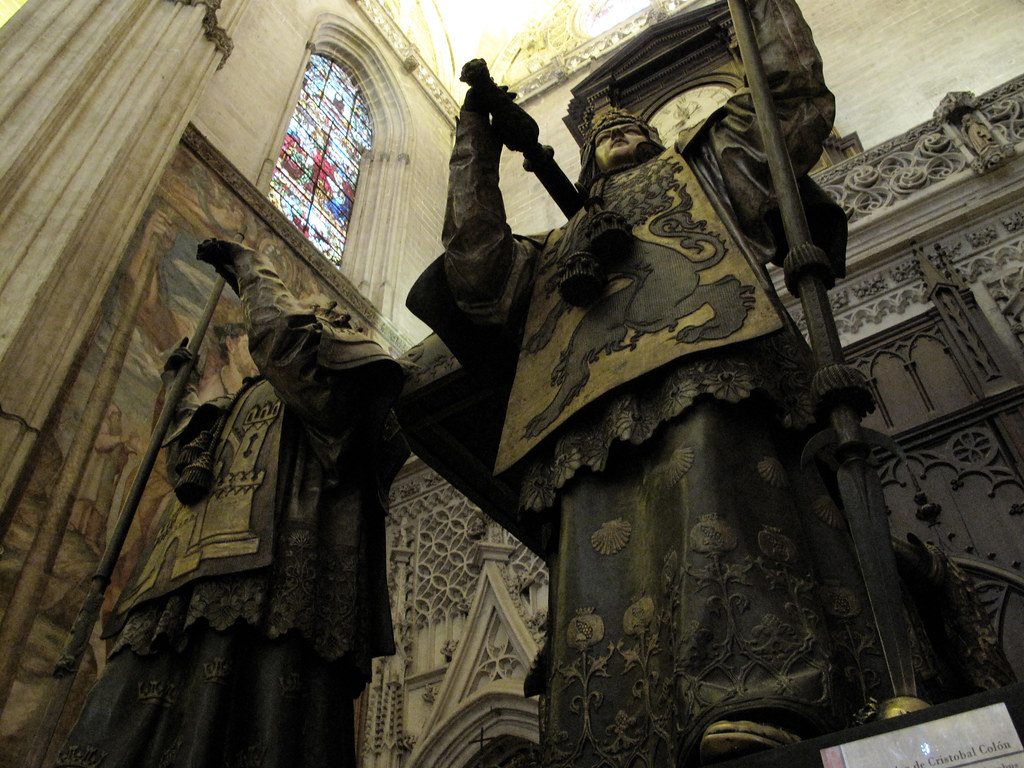 Three Most Recommendable Cities To Visit In Spain → The April Fair of Seville →