Perched on a hillside above the city in today’s state of Baden-Württemberg, praising over the beautiful, blue Danube, the Sigmaringen Castle definitely captivates with its beauty and shows how the German people actually are involved in choosing the perfect place to raise their buildings.

Sigmaringen Castle is located in the eponymous town in the southern Swiss Alps, in Baden-Württemberg, and proudly rises above the Danube. Throughout most of its history it was a home of the dynasty Hohenzollern-Sigmaringen, young branches of the dynasty which ruled the Prussian Kingdom, and then in the German Empire, and that Romania and give its kings. 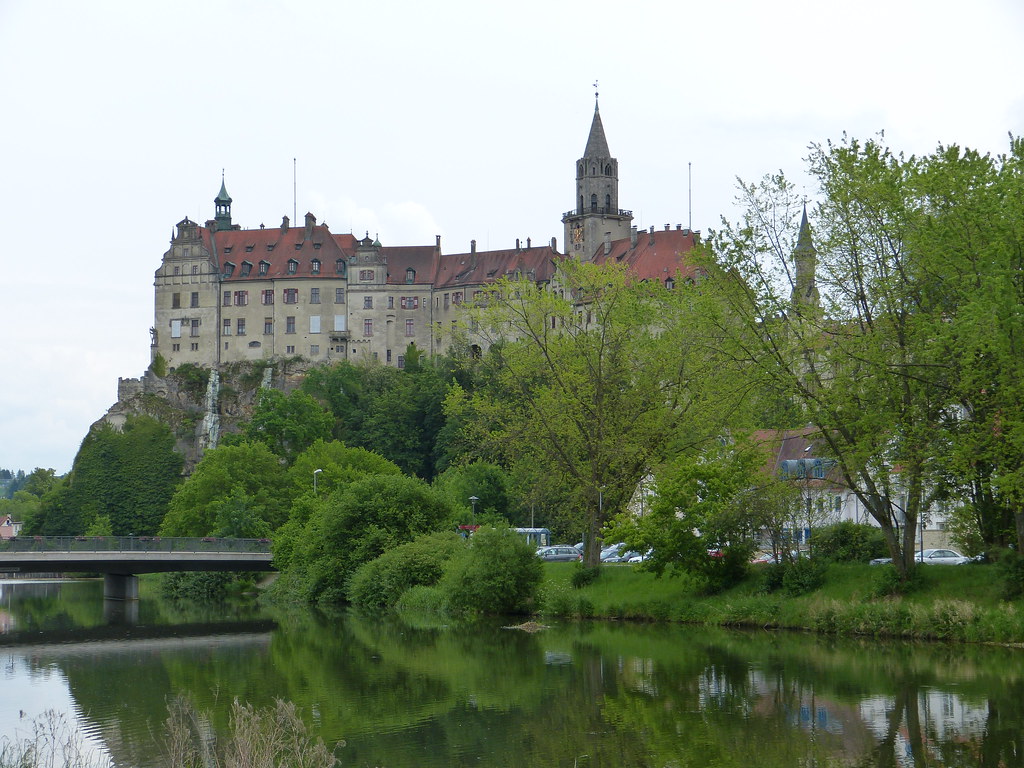 The original construction began in the early Middle Ages, sometime in the 11th century, given that for the first time in written documents mentioned in the year 1077 when it was owned by the Counts Sigmaringen-Spitzenberg. 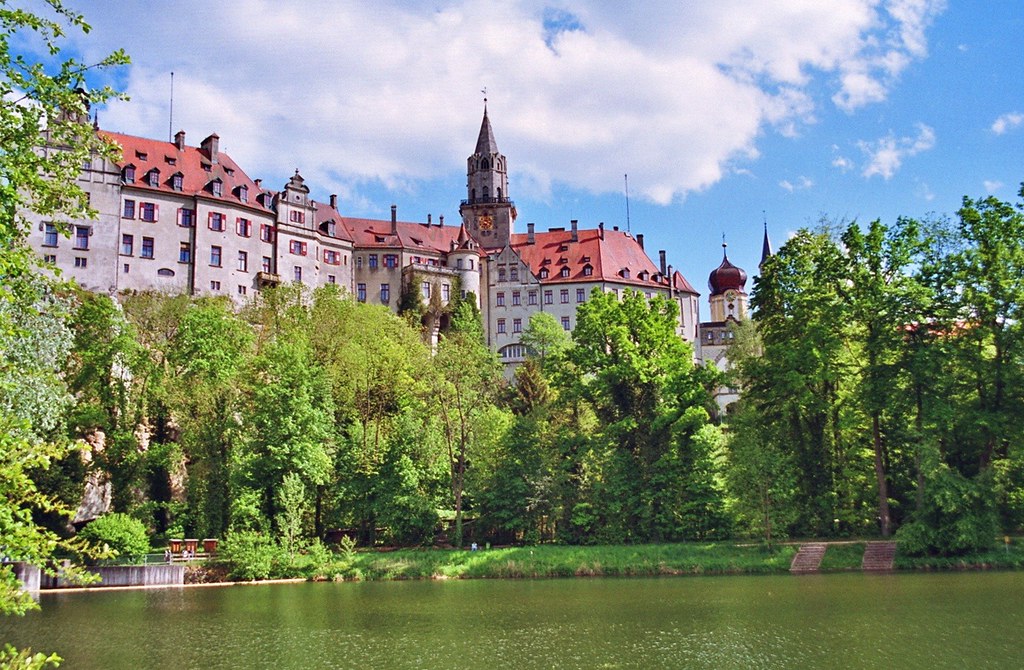 Sigmaringen Castle then is turned into the hands of the dynasty Helfenstein and was renovated in 1200’s. Then they sold it to the Habsburgs in the 13th century, which were then re-sold to Württemberg.In 1399 they will hand it to the Werdenberg, in whose ownership will remain until the 1534’s. 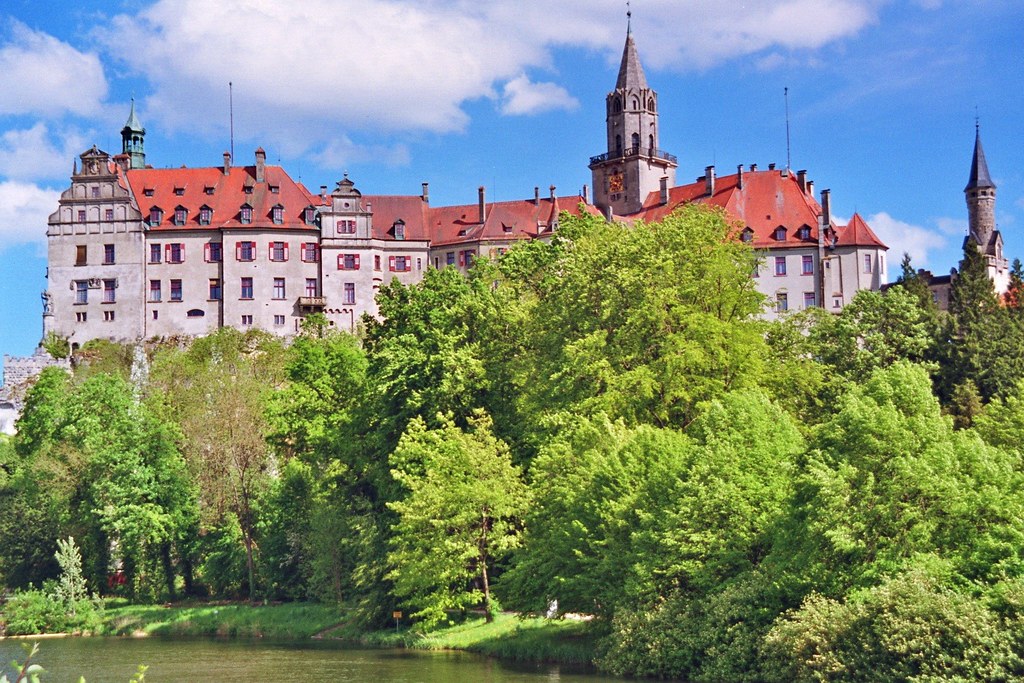 Then the holy Roman Emperor Ferdinand the First, after the last male member of Werdenberg dies without offspring, will hand over the ownership of the castle to Sigmaringen, where Charles II would instituted Dynasty Hohenzollern-Sigmaringen. 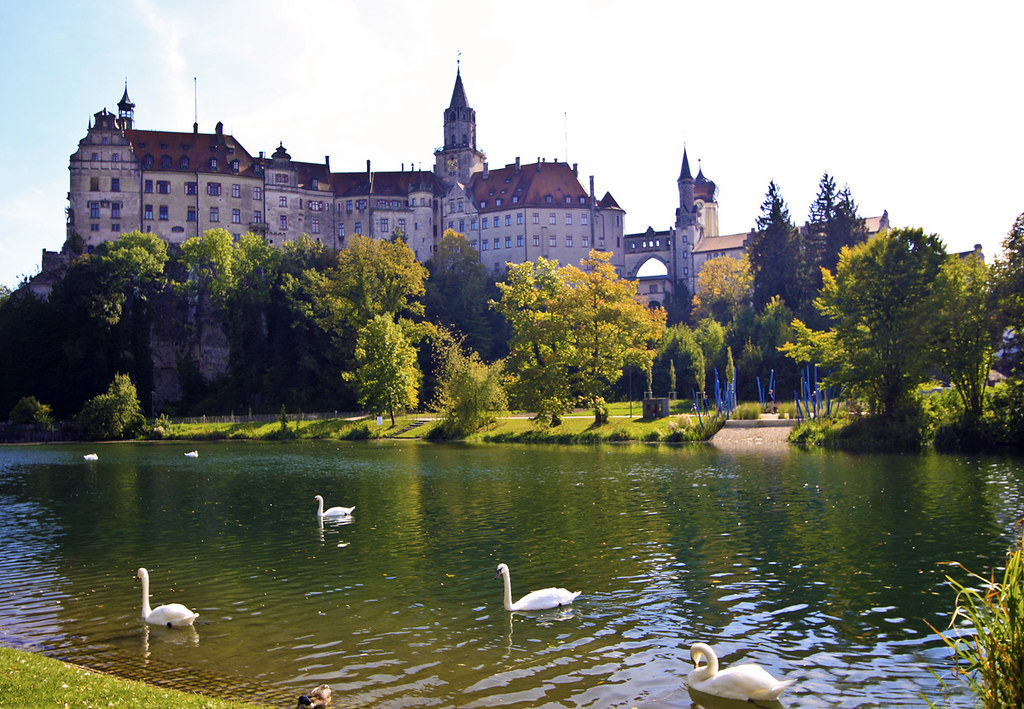 In the following tumultuous centuries, in which counts Hohenzollern-Sigmaringen rise to the rank of principality pass through the Swedish siege in 1632 the year over the 30-year war and numerous other events, with Castle suffered numerous renovations after many fires and countless repairs and upgrades.

In the year 1736 the castle was modernized and it was built a knightly castle which was thus restored in 1876. 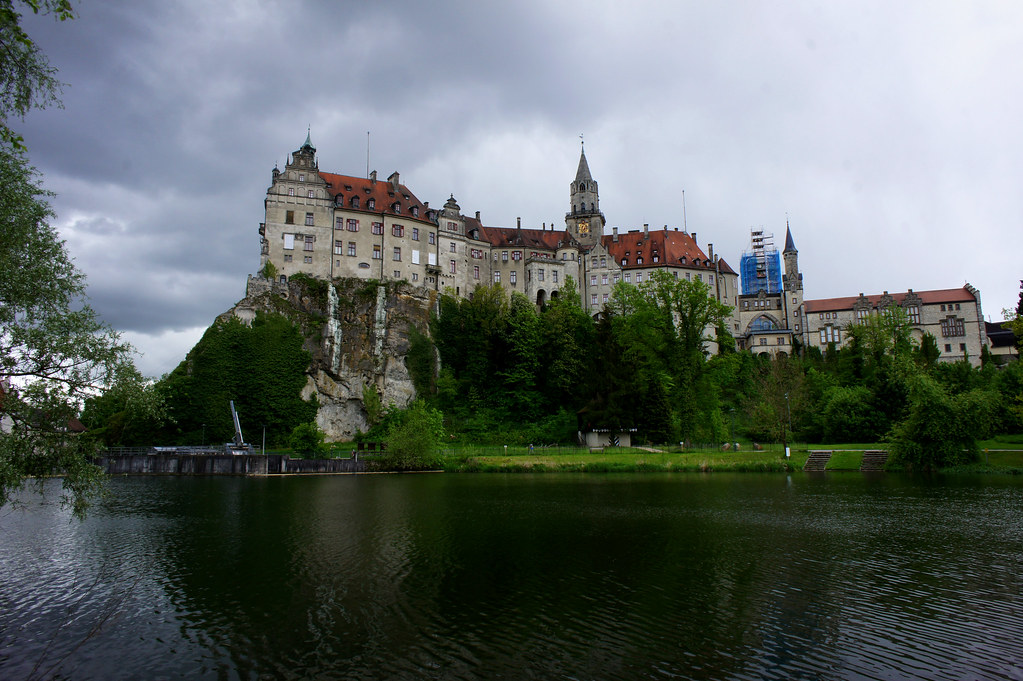 During the 19th century the dynasty Hohenzollern-Sigmaringen gave greater rights to his subjects, building hospitals and schools. Their mansion was transformed into a meeting place for the rich and powerful people who flocked from all over Europe, while construction was constantly improved.

However, in the great fire of 1893, the east wing almost completely burned, and two years later began his rebuilding. At the beginning of the 20th century in an eclectic style were restored all parts of the castle. 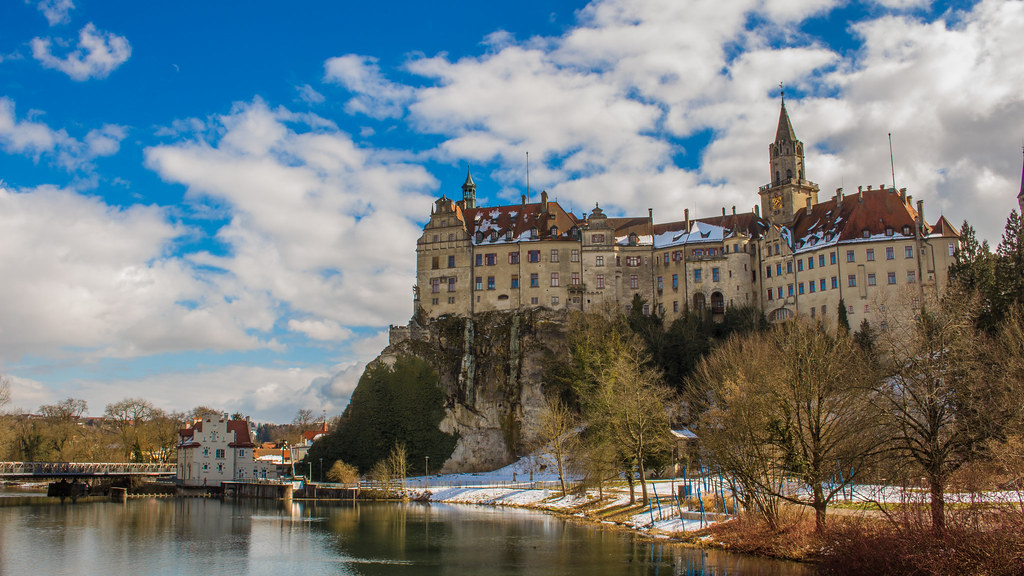 At the end of the Second World War, the Nazis thrown out the legal residents of this castle out of their home, so to bring here the French government headed by Marshal Petain, who was actually forced to do that, because he did not want to leave France, and there was practically captive. 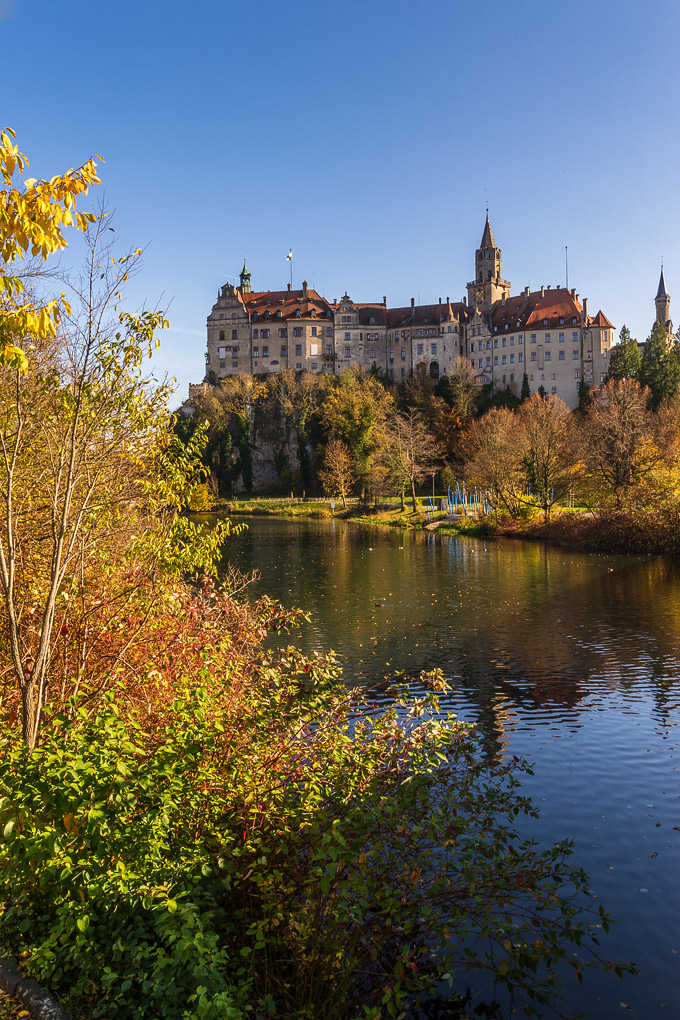 The events in Sigmaringen from late 1944 and early 1945 are described by the great French writer Louis-Ferdinand Celine, who was controversial because of its anti-Semitism, in the novel “Castle to Castle”, given the fact that he stayed in it at that time. According to him in 2005 it was filmed the German film Darkness (Die Finsternis). 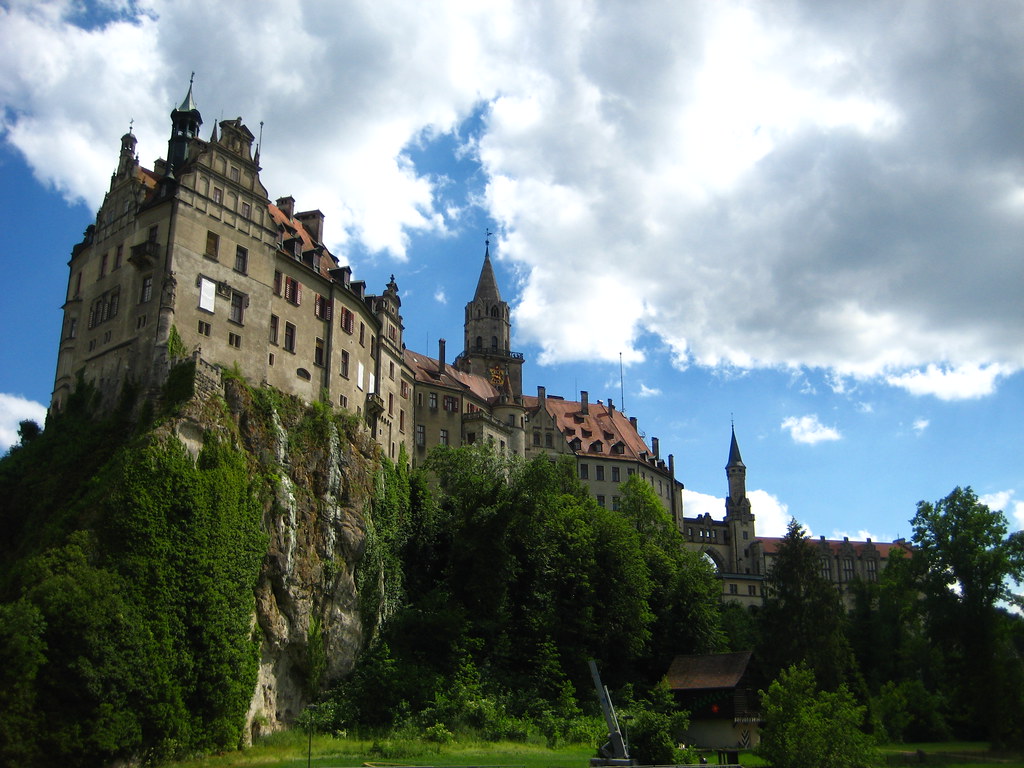 The members of the dynasty Hohenzollern-Sigmaringen no longer live in this mansion, some retreated to rural properties, and some to other places. Today it is a home of a museum and the management of the company which is owned by the family.