City Inside Volcano, Village in the Middle of Desert: Check These Terrific Places

Hidden on some of the most beautiful places in the world, these settlements are home for the people who adopted to live in harmony with the nature. From places in the neverending winters, or on the top of the volcano, or even a bright spot in the desert, these terrific places will blow your mind. Take a look and give us your thoughts in the comments bellow.

In the middle of the snow and the ice, there is a village named Isortoq on Greenland. There are only around 60 people that live here, but Inuit people managed to survive there only on meat because it is impossible for plants to grow. However the people that live there, now has a great supermarket that is well replenished, so now they don’t have to worry about anything. This is one of those terrific places that is the last one you would think you can find a settlement. In the middle of the volcano in the Philippine Sea, there is a tropical island that last time erupted in 1780. At that time the people of Aogashima fled, the people came back 50 years later, and now there are approximately 200 people who are living there. By Soica2001 (Own work) [Public domain], via Wikimedia Commons The cascade green meadows and rice fields are the thing that the region of Sa Pa is made of. The people of Sa Pa lives in the north of Vietnam and they are very generous people, always hospitable for tourists. Those that would love to explore the area of Sa Pa can always ask the tourist guides for help, and the guides will show all the beauties of these region with ease. Don you think this is one hell of a terrific place? 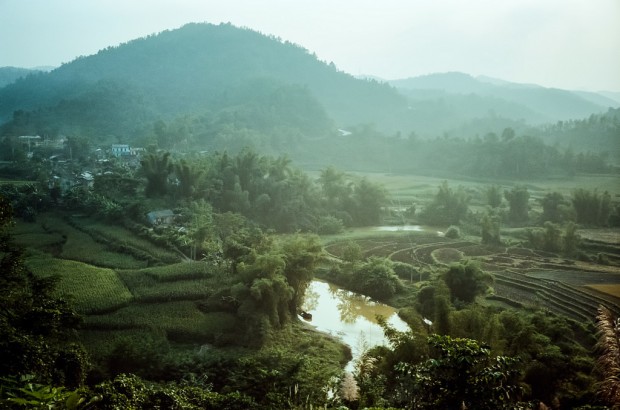 In the middle of the driest areas in the world, there is an oasis filled with palm trees, lakes and amazing houses. Huacachina is a relaxing lagoon that is believed to have healing powers, and this magical place is one of the most favored places among the adventurers. There are around 100 people living here that are maintaining the stores, hotels and the rest of the objects meant for tourists to have great time here.