Some traditions are a bit stranger than others. But, because we are creatures of habit, all the people of the world love their traditions. Even if the reasons for the beginning of the tradition are lost, people around the world are committed to the preservation of old customs. In the Huangluo village in southwestern China, women from ethnic group Yao in Guangxi province cut their hair only once in life, usually before their wedding. The village has about sixty women with long hairs to one meter and one of them has long hair more than two meters. Tribe Yao is some 2,000 years old and counts 600 members and 78 families. Most women wear their hairs released to the ankles. This group of Chinese women and girls in Guangxi, China, gather on one side of the river near the village Huangluo Yao to celebrate their long hair on the regular festival held each year. 51-year-old Pan Jifeng is the woman with the longest hair in the village. 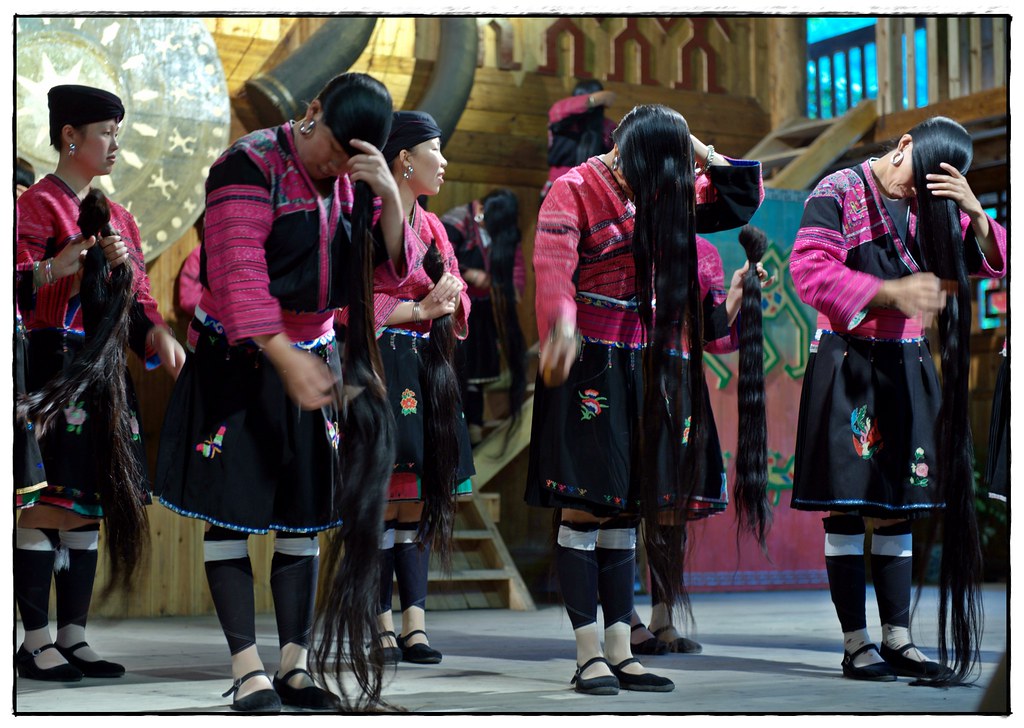 According to her, the secret on how to keep hair healthy and shiny is passed from generation to generation. Namely, they stored water in which wash sticky rice and then with the same water wash their hair. By the age of eighteen, they receive first haircut as part of a ceremony marking the coming of the age when a girl is an adult and can marry. After marriage those women knit their hair and worn as an accessory which helps to make difference of married than unmarried women. Also, many of the women from the tribe participate in special performances that are a real attraction for tourists. This tradition placed the tribe from China in the Guinness Book of Records as the first country in the world which has women with the longest hair. It is believed that the long hair of a woman brings longevity, wealth and happiness in the family.