Tropical Islands in the Middle of the Cold Germany

When someone mentioned “beach”, we usually think of a tropical beach with pure white sand, a few palm trees and turquoise blue water. But, the world has beaches in all colors, some stranger than others. There are beaches with black, green, red and even purple sand. So, we will introduce you to a different beach, a tropical paradise located in a place on which you general will not think of.

So even in the coldest months, you can make sand castles under palm trees on the long beach, to cool down in the “sea” or to sunbathe. With one word – tropical islands in Krausnick are an amazing paradise. 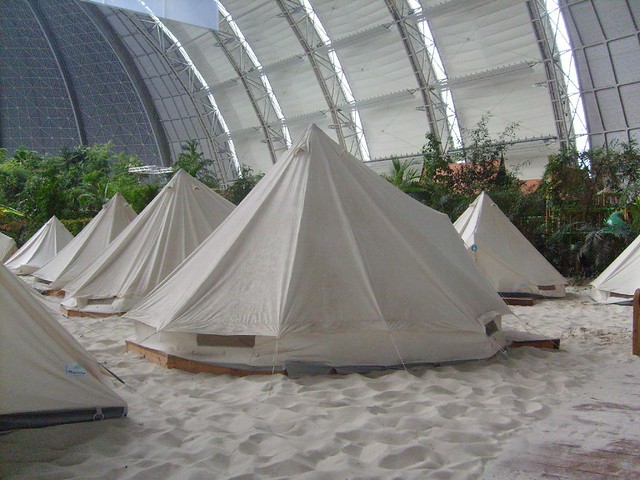 In Germany, south of Berlin, in Krausnick is located one of the largest interior beaches. So-called Tropical Island offers space for 6 thousand people and has over 50 thousand plants and tropical climate throughout the year. Under the dome of the former Soviet hangar in the city of Krausnick is situated real tropical paradise. Within 5.5 million Cubic meters this is the largest building in the world by volume, which has no retaining walls. In it should be build aircraft, but it never happened. So because of that someone turns that place into something else. The tropical Island has the title of largest indoor water park in the world. 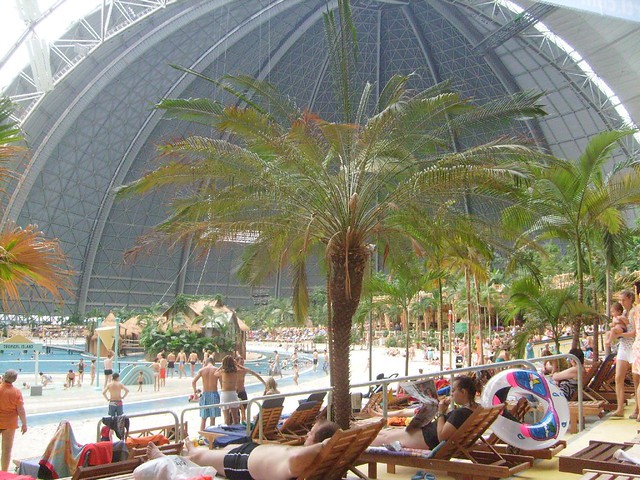 This area is a true paradise. It has a sandy beach, waterfall, pools and slides, spa, bars, hotels, restaurants, mini-golf course, shopping centers and many other things that make you to forget of all worries and just enjoy. Tropical Island also can boast with the biggest rainforest covered with 50,000 plants and highest toboggan in Germany which is 25 meters. There is also a fitness center and magical evening performances. Visitors have on disposal 200 meter long beach and pool in the shape of sea in which swim 8,000 people a day. The water temperature is 26 degrees Celsius.