If you are looking for a peaceful place perfect for night walks, good weather, delicious local food and beautiful architecture, the chances are you can find many places like this in the old continent of Europe. There is a great number of cities all around Europe that leave you breathless. Irrespectively of the number of the inhabitants nor how big they are, there is always something new to learn and experience. The good thing is that there are not just the capital cities a good place to visit in a country but a plenty of smaller cities and towns around with much less tourists than in the bigger cities. You can completely enjoy the walk through the streets admiring the view.

Jungfrau is one of the main summits of the Bernese Alps, located on 4,158 m above the sea level. It is especially recommendable for the ones who enjoy the winters and the cool weather. There are several magnificent waterfalls that are a “must-see” place. Bernkastel-Kues is a German town located in the Moselle valley. It has only about 6.900 inhabitants who live on an area of about 23.66 km2. It is one of the smallest towns yet beautiful and highly-recommendable if you want to relax and have a rest. Valldemosa is actually a village and a municipality in Majorca. Its Royal Charterhouse is the most famous place to visit. It has only 2.020 inhabitants but its architecture and beauty call and keep the attention of all the visitors. 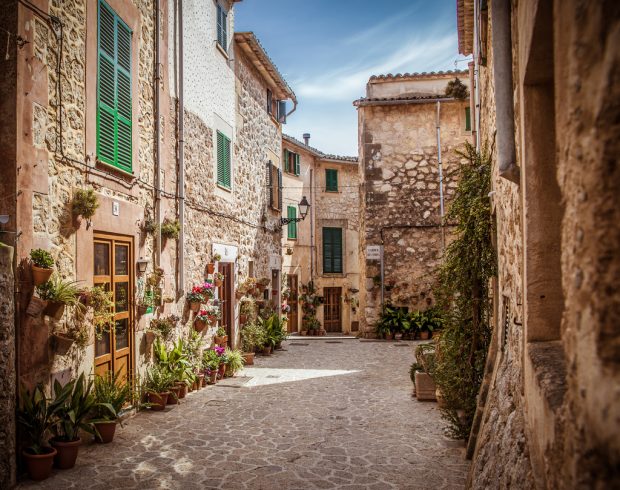 Munster is an independent German city whose name means “monastery” in German language. It is located in North Rhine-Westphalia. It has about 300.000 inhabitants. Billund is a famous city located in the southern Denmark. What is most famous about this city is the national park Legoland. Both the park and the local airport were built by the LEGO group.