Where are The World’s Oldest Surviving Schools?

Travel can broaden the mind in various ways. Visiting new places helps us to learn about different cultures, world history, and also the many things we have in common around the world. Like education, for example.

Learning and education have been a core aspect of humanity for as long as we can remember. The evidence is all around us, in the cultural heritage and architectural wonders that we love to visit when we travel. But what about the schools themselves? Some long standing institutions have been inspiring minds for centuries, and their legacies live on today. To feed your nostalgia for visiting centres of ancient wisdom and learning, OnlineSchoolsReport have created a series of illustrated maps showing the oldest school in every country in the world.

Here’s the highlights – the oldest centres of learning on every continent:

While Native Americans already had established systems of education well before colonization, the oldest surviving school in North America dates back to 1538, in the Dominican Republic. This is a country rich with beautiful scenery, idyllic beaches, lush rainforests, and colonial heritage. The Autonomous University of Santo Domingo was unofficially founded by Papal bull as a Dominican seminary, and was given its current name in 1914. Now with eight faculties and a list of notable alumni including 7 of the country’s Presidents, the university is still thriving after almost half a millennium.

The second oldest school on the list originated as a medieval cathedral school in 597. King’s School, Canterbury took its current name after the dissolution of the monasteries in 1541, and after almost 1,400 years of boys-only education, in the 1970s it opened its doors to girls, before becoming fully co-educational in 1990. The cathedral city of Canterbury is a worthy destination for any pilgrim interested in exploring the layers of history that have shaped it since Roman times.

The oldest educational institution in South America is the National University of San Marcos in Lima, Peru. Dating back to 1551, this prestigious university boasts 21 Peruvian Presidents and the Nobel Laureate Mario Vargas Llosa amongst its alumni. The Mustansiriya Madrasah has survived a Mongol invasion, numerous regime changes, and dramatic urban development since it was first established in 1227, making it one of the oldest universities in the world. Unfortunately, since the Western invasion in 2003, Baghdad is considered too dangerous for regular tourism, but hopefully the Mustansiriya Madrasah will continue to survive for scholars of the future.

The oldest surviving school in the world was built 143-141 BC and was originally constructed in stone, hence the name Shishi (石室), or ‘stone chamber’ High School. 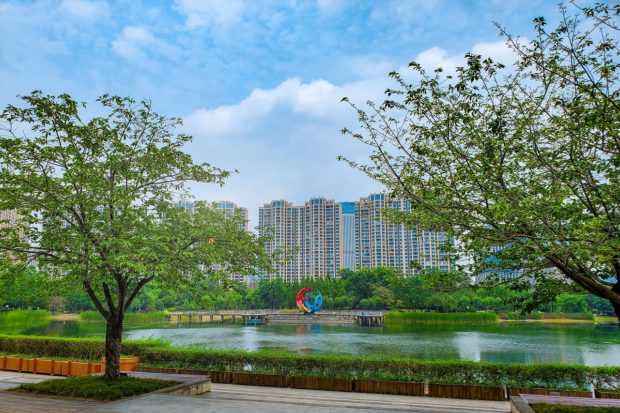 The highly selective school is based in Chengdu, the capital of Sichuan province, which is where you can also enjoy visiting Giant Panda breeding sites and conservation centres.

The university of Ez-Zitouna was first established as a madrasa, or college of Islamic instruction, in 737, and became a university in 1956. It continues to be a centre of excellence for Islamic studies and Theology almost 1,300 years on. Tunis is also known for lively souks, museums, and monumental relics, as well as the traditional medina, or old town, full of winding alleyways that you can enjoy getting lost in.