Desert Ubari, known as sandy sea Ubari, the hyper-dry region of southwestern Libya is covered with sand dunes, which occupy an area of about 58,000 square kilometers. There is located an plateau, sand dunes and lakes Ubari Idhan .The oasis is located about 30 kilometers from the city of Germany in Libya. 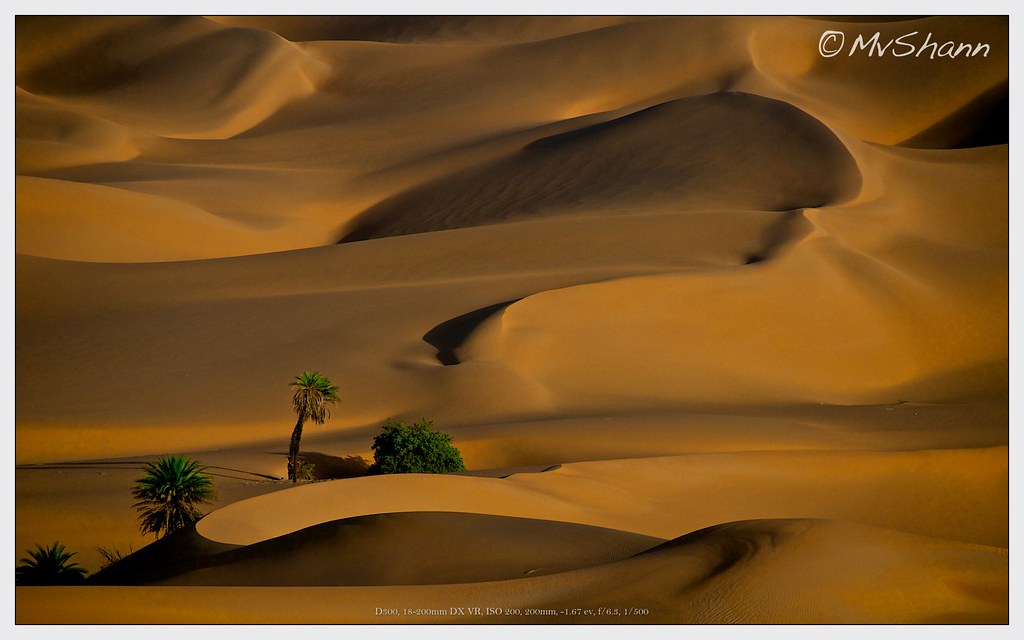 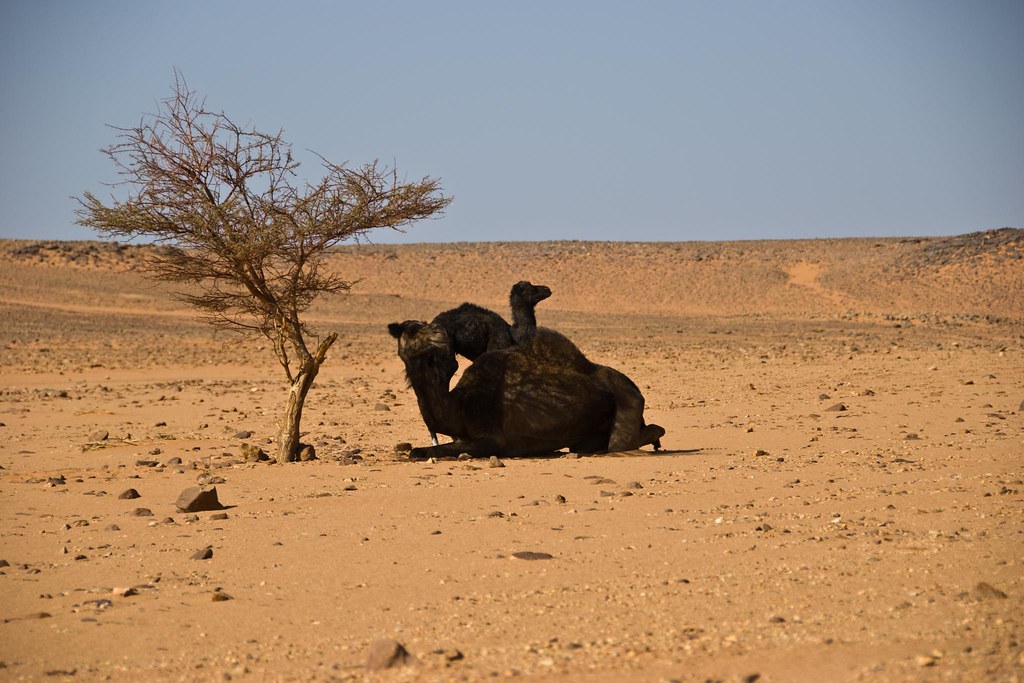 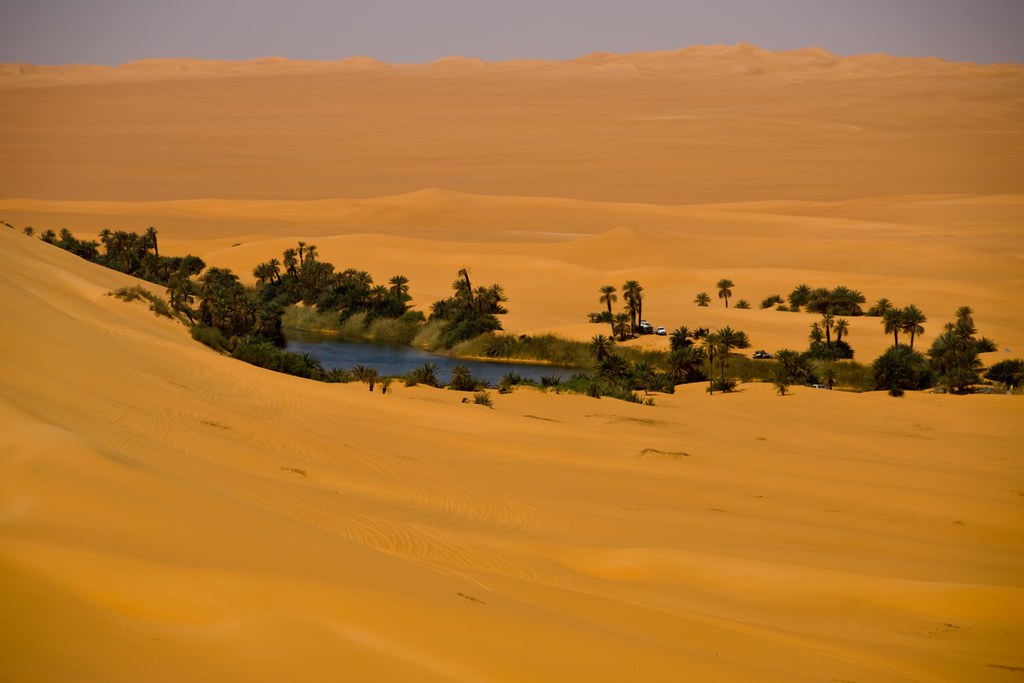 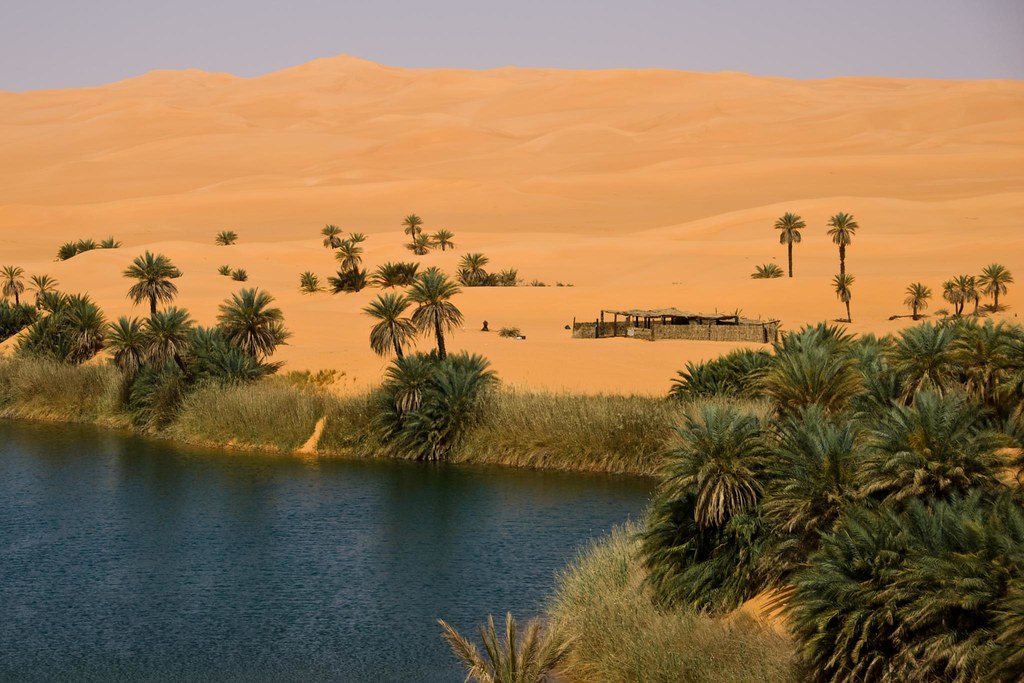 About 200 000 years ago the area of Ubari had been wet and fertile, with lots of rain and rivers. These rivers even powered enormous lake with the dimensions of the whole Czech Republic. Climate change had led to the evaporation of the entire lake. Traces of it still exist today in the form of micro lakes scattered among the towering dunes. Currently there are about 20 lakes in the desert Ubari. They represent a beautiful oasis with palm trees that resemble actual “anomalies” in the harsh desert environment. Ubari Lakes are one of the few lakes on the planet which are in the midst of the sea of sand and because of their aesthetic qualities, many of them considered as most amazing oases in the world. They can be reached only by camels. 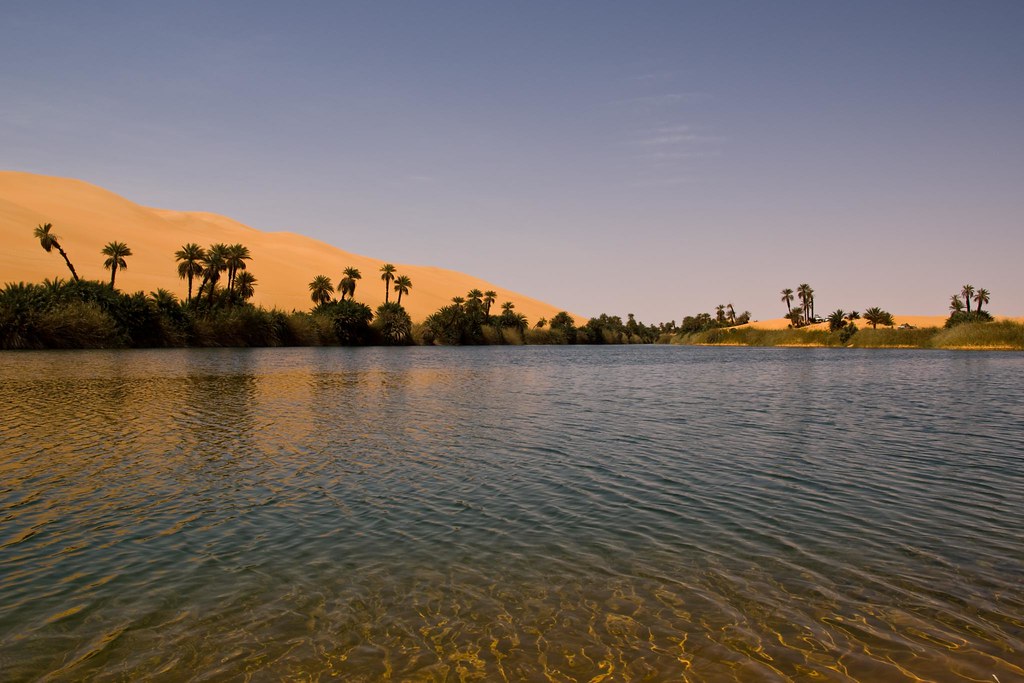 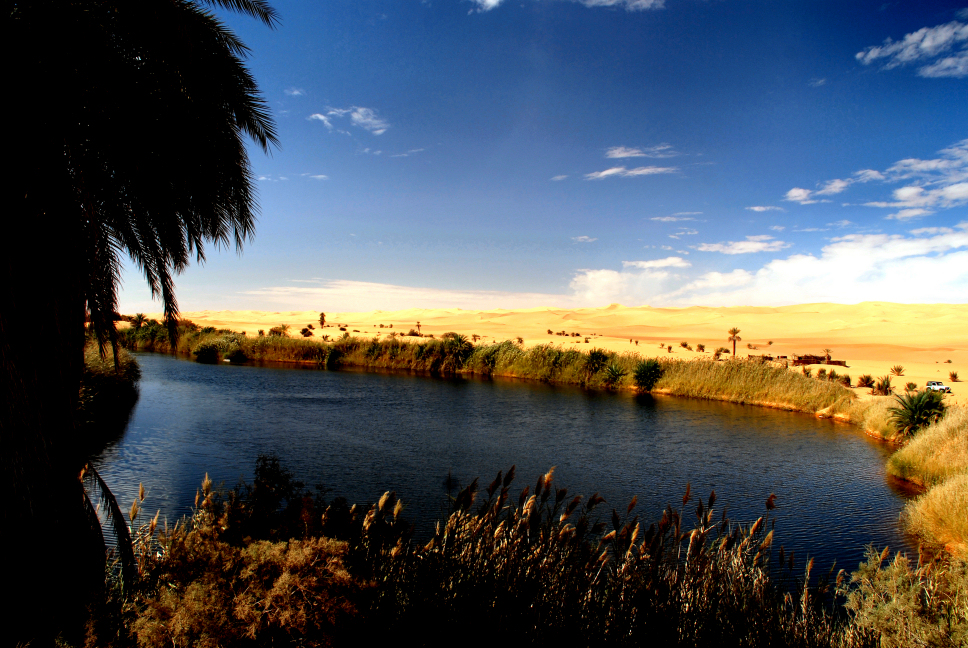 Gebraun, the largest lake is situated next to the small village with two mosques and a school. People who lived there had peacefully, but hard life up until 20 years ago, when the Libyan President Gaddafi ordered the relocation of the residents in the newly built village with electricity, sewage and other achievements of modern times. Old village since then collapses and is covered by sand. But, it is interesting that in oasis still living people who collect crabs from the lake, drying them in the sun and sold to desert nomads. 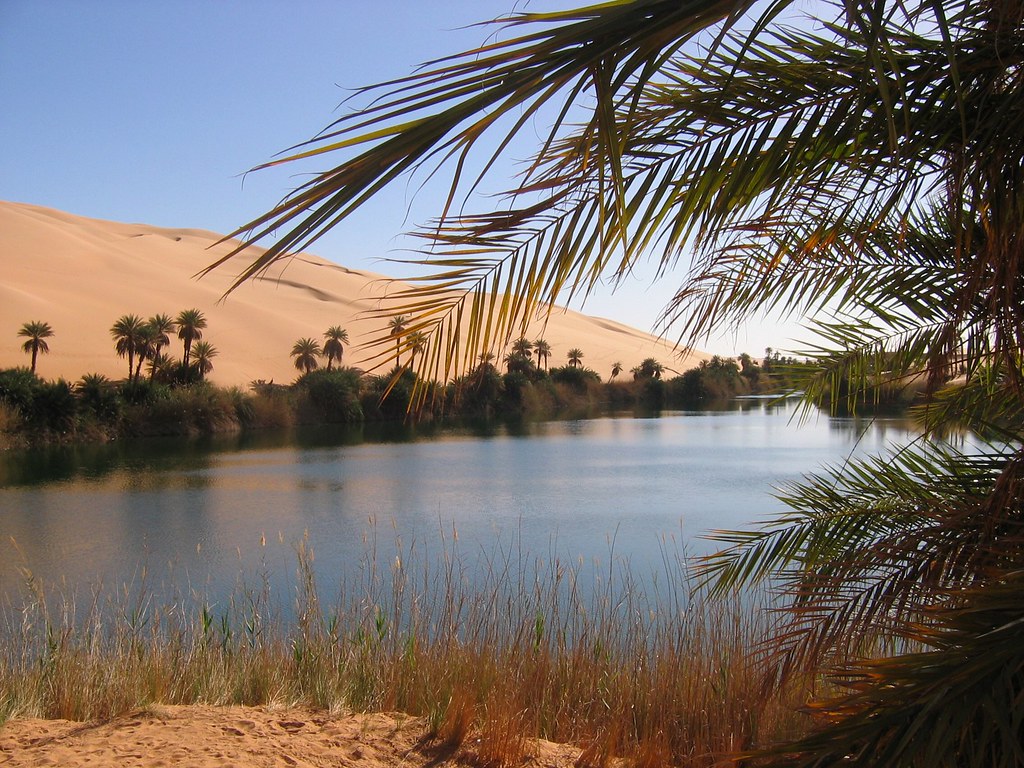 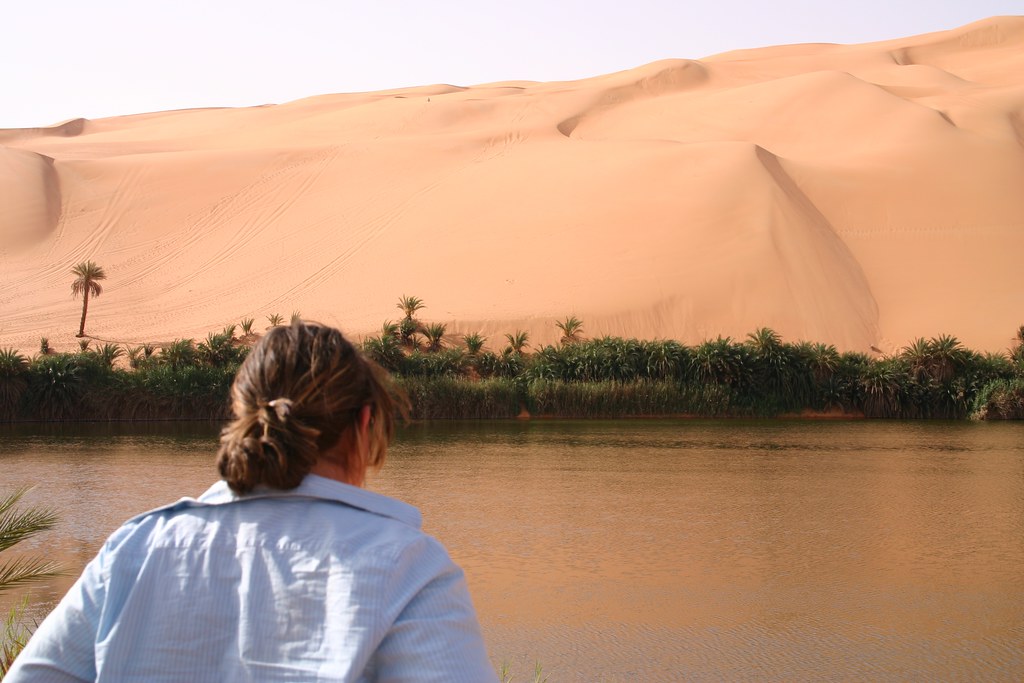 Lake Umm al-Maa is smaller, but probably the most gorgeous. Its name, which means “mother of water”, reminiscent of how important water is in the desert. Big lakes Mandara, as well as several other lakes Ubari, completely dried up in recent decades. 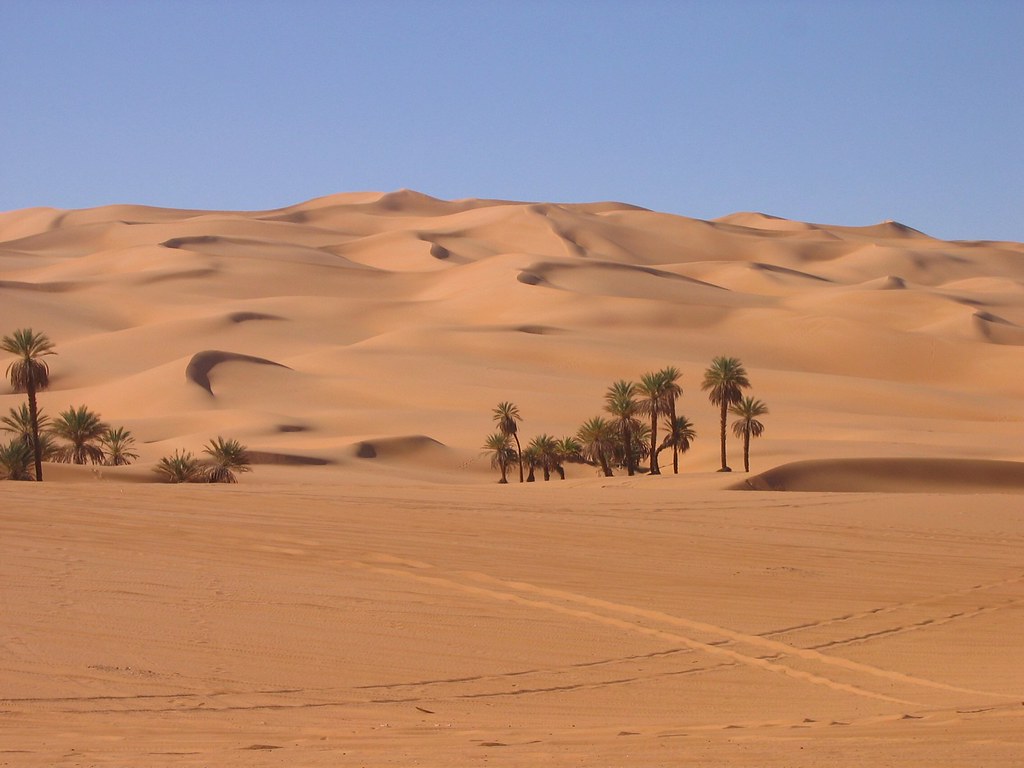 The lakes of Ubari are extremely salty. This is due to the fact that they constantly evaporate. At this way the minerals in the lake water become more concentrated. Some of the lakes, whose depth varies between 7 and 32 meters, have almost five times salty water than the sea. 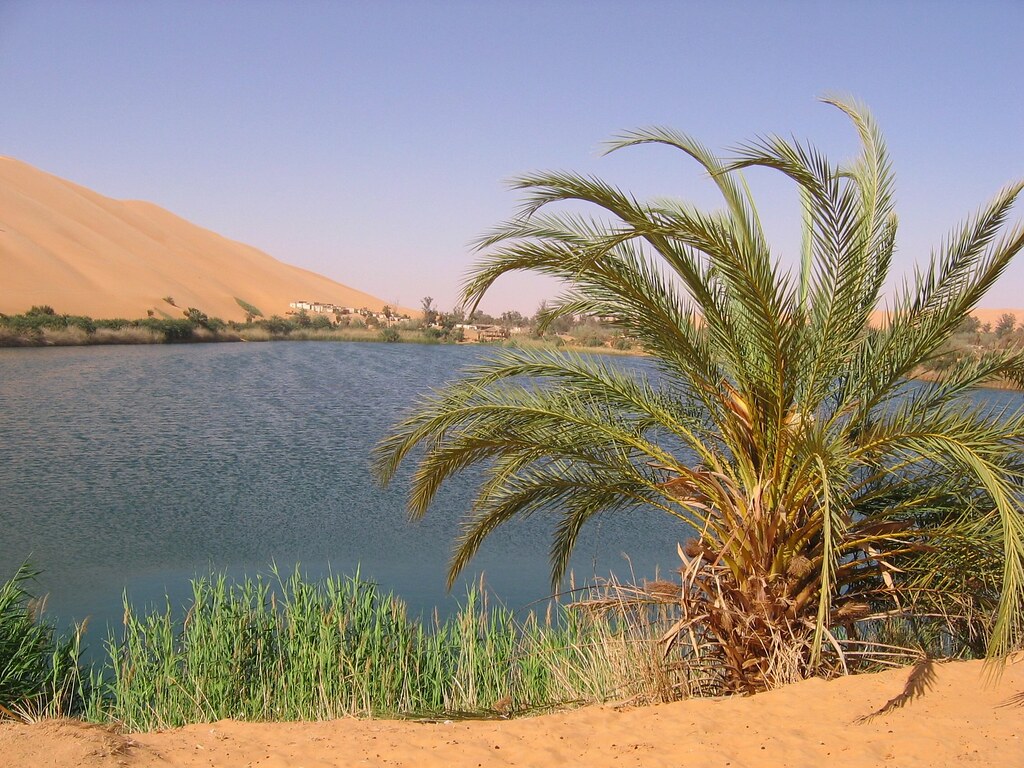 Interesting And Unknown Facts About Canada →