Explore the world: 5 Exotic Places To Travel In The USA

Today people have more opportunities to travel around the world than it was before. With the help of the technological progress, expansive way of thinking, cheaper flights, free Internet access and ever increasing awareness towards other nations and countries, the world has become a closer place for living. If you are a student and have no time for traveling because of tedious and hot academic seasons, this urgent college assignment help can solve all challenging issues you face at the moment. Just pack your bag and go around the world, exploring everything you can. Now you have an opportunity to visit amazing new destinations without any documentary issues.

We have prepared a list of 5 amazing exotic locations to visit, which are integral parts of the USA.

America is not only endless prairies, high Rockies, hot desserts, Alaskan snows and southern swamps. The territory of the United States also includes numerous exotic destinations with a tropical climate, which are surrounded by crystal waters and golden beaches. In these places you can become acquainted with their unique exotic culture and enjoy pleasant sunbeams, laying on the beach and drinking cocktails. At the same time, you won’t have any hot issues because you will still remain in the territory of “freedom”! So here they are these exotic places to visit in the USA!

Our list starts from the Eastern (American) Samoa. This is a non-municipal part of the USA, which is located in the southern part of Pacific Ocean with the territory of almost 200 square kilometers and over 50 thousand of residents. Its main and biggest island is called Tutuila, and the capital is Pago Pago. It’s a port town, which is located on the biggest island and around 15 thousand of people live there. American Samoa mostly includes the volcanic islands with tall mountains with evergreen rain forests. All this beauty is surrounded by coral reef. The climate is considered as tropical, and the warm weather remains all year long. 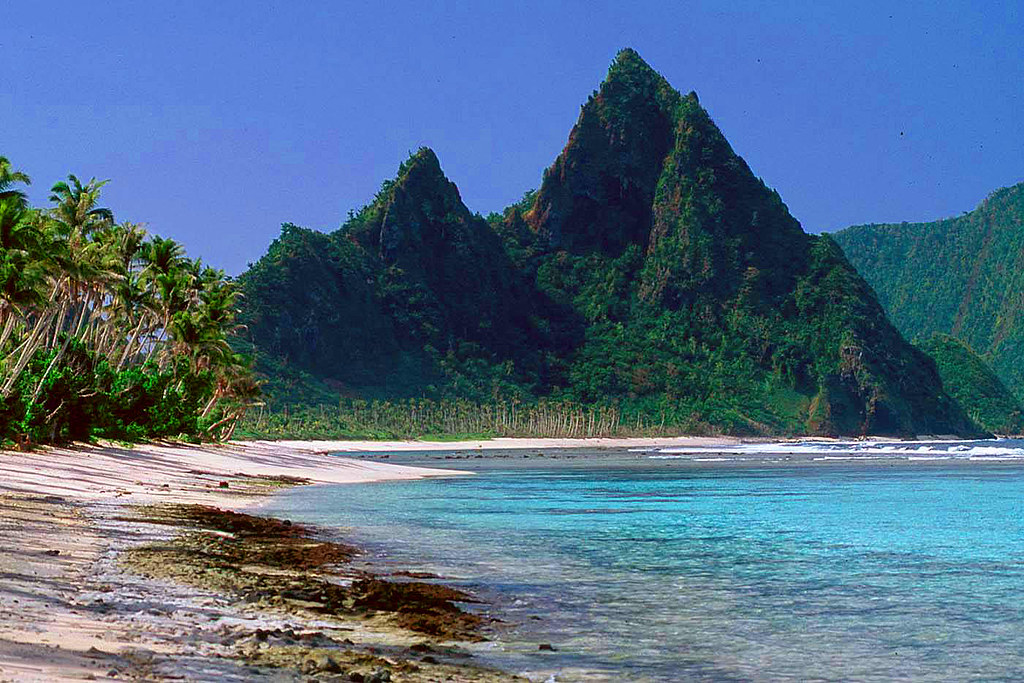 Translated from Spanish as “wealthy port” or “rich port,” is another incorporated territory, which remains administrated by the Washington D.C. governors, although it has its own self-assurance system. The country is located at the Puerto Rico island in the Caribbean Sea. It has its own interesting history, beautiful nature with mountains, tropical forests, rivers and beaches, comfortably warm tropical climate, English-speaking residents and well-developed infrastructure. A lot of Americans heard about Puerto Rico, but not all of them know, that it’s the territory of their motherland. That’s just a great reason to explore its culture better! 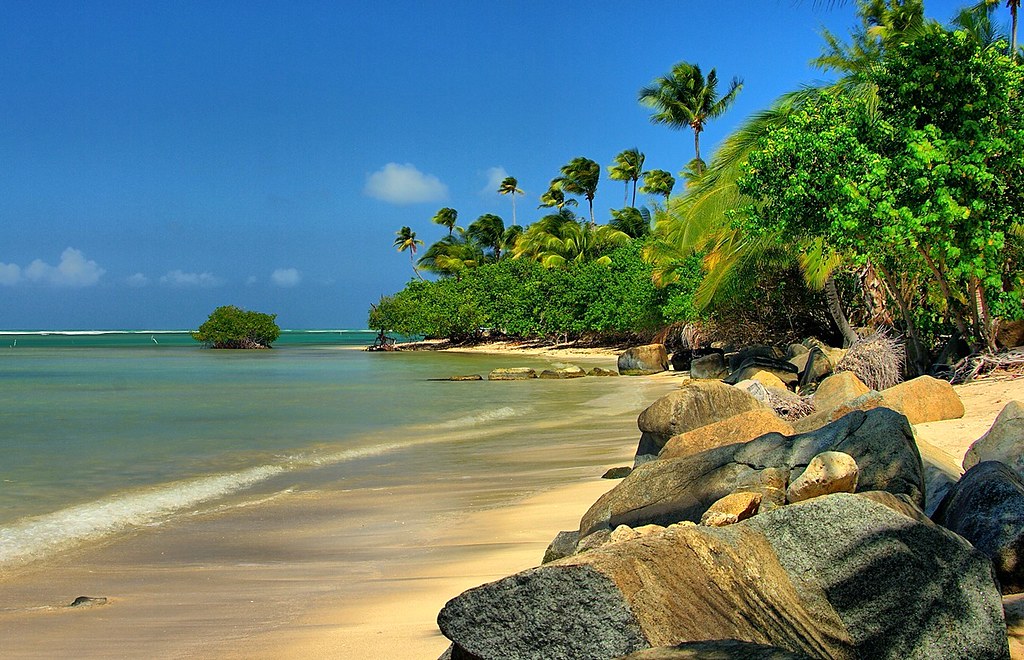 This is the island, which is located in the western part of the Pacific Ocean and belongs to the Mariana Archipelago. The first Aborigines appeared on the island over 3000 years ago. Although the territory of the island is pretty small (only 31 miles long and around 12 miles wide) the relief of its parts varies sharply. Only 180 thousand of people live in Guam, the economy is based preferably on the tourism and military sphere, nature and its views are worth to live there, and the climate is warm all year round. Guam is a popular place for tourism for people from Japan because it’s closely situated to Japan. For the last few years, Guam becomes moe and more popular for the tourists from the different parts of the world. Join the statistics and become the next visitor, you’re going love it! 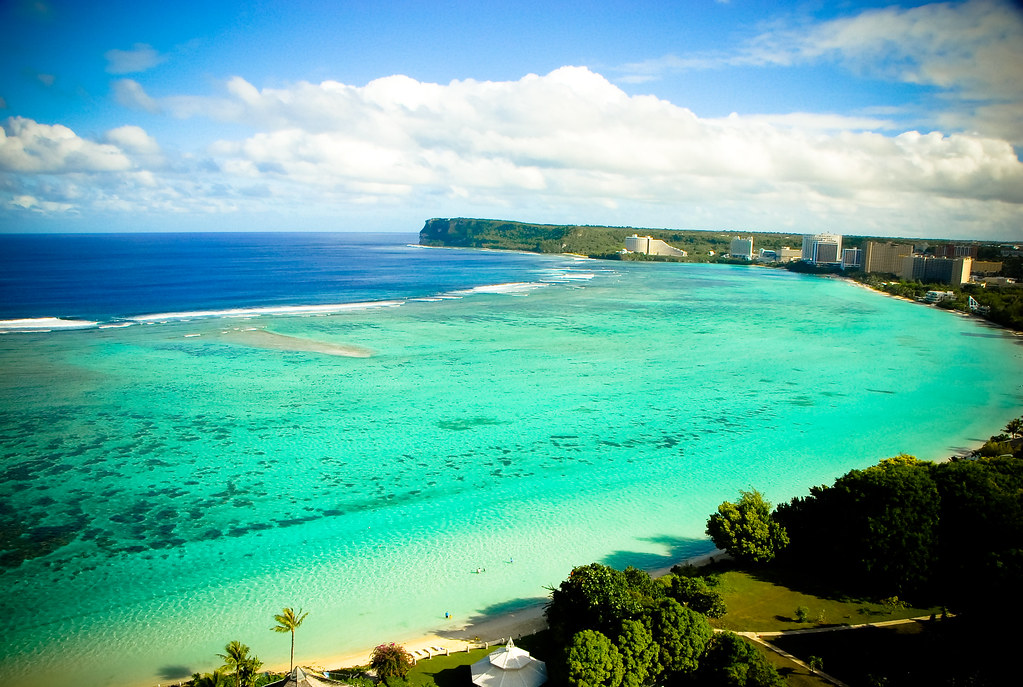 This is the special place in our rating; it should be the most exotic place in this list. Palmyra Atoll is the location without people, but it’s full of something interesting. It’s an island in the Pacific Ocean with the small territory (over 7 square kilometers), which is surrounded by coral reef and its maximum height is only 2 meters. The local wildlife is very diverse and active, mostly because the civilization doesn’t influence its activity. However, the atoll remains desired as a place to visit, which has a lot of interesting natural stuff to see. People come here by boats and by planes (because there is an airstrip for the planes) to visit its famous beauties. The tourists must be warned, that no people live there. Thus, no normal conditions are included.

The famous Aloha state is located in the middle of the Pacific ocean, and it’s consisted of several volcanic islands. Hawaii is not similar to the rest places of our rating, because most of the people know, that Hawaii is the American state, and with its modern infrastructure, its capital, Honolulu, shows out the skyscrapers. The Hawaii is a strong economy because it’s trendy among the tourists. People can enjoy not only the warm tropical climate all year long, but also visit amazing places such as waterfalls, reefs, and active volcanos. Island inhabitants with foreign investors destroyed the prior living conditions by creating a new tourist paradise but earning a lot of money for the sake of the state. In this rating of exotic places of America, Hawaii is a true tropical miracle with an amazing nature and modern infrastructure, which can supply the perfect living conditions even for people with high needs. 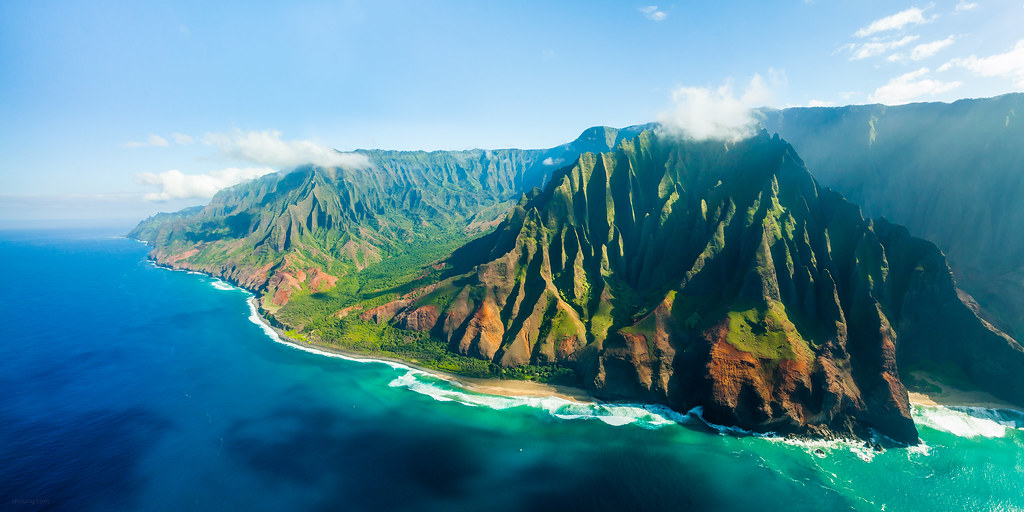 Now you have a lot of spots to visit. Just make sure you are ready for the tour though exotic US destinations and don’t forget your camera – there is a lot of places, flora, and fauna to memorize! Must-See Places to Visit in the DFW Area →