From strange streets to dangerous roads of rocks, there are places where we might not want to get behind the wheel. But, worldwide there are cities that are proud of the unique streets in which was created ideal relationship between nature and urban life. Lombard Street in San Francisco, California is an example of that. The street that connects the east and west of the city is best known for the unusual appearance or eight sharp bends.

Lombard Street is amazingly beautiful street. Multicolored houses on both sides of the streets with colorful flower and neatly trimmed trees and bushes go perfectly with red road. All this gives the street an unforgettable atmosphere of comfort. One of the most expensive properties in San Francisco lies exactly on Lombard Street. This neighborhood holds grand residences, a reason plus to daily flood of tourists to this unique street. Popularity and visual beauty of Lombard attract every visitor. 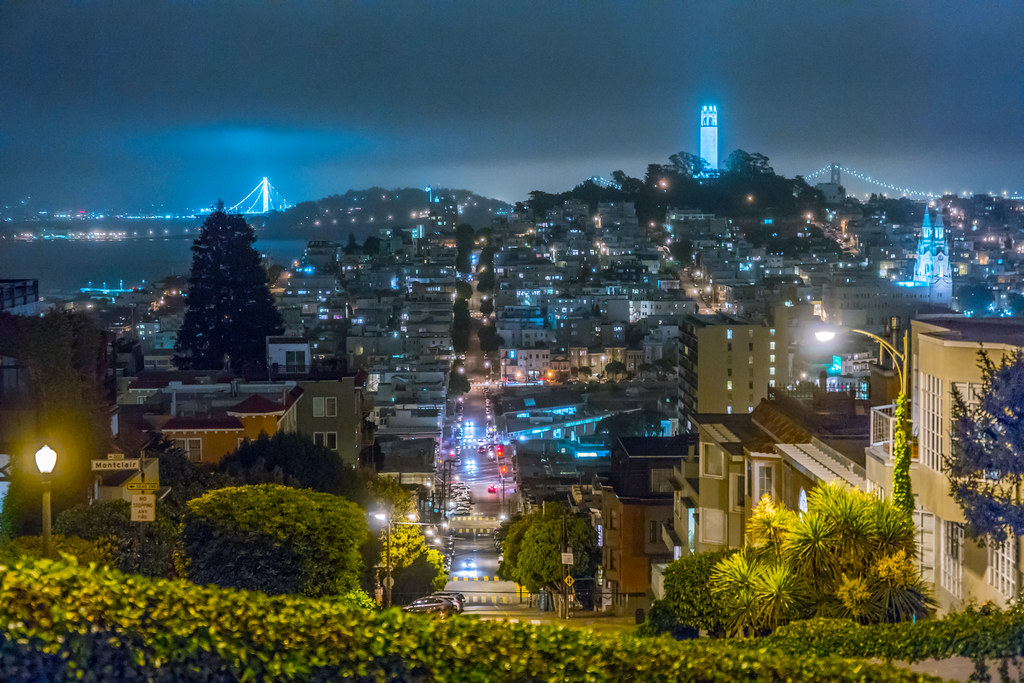 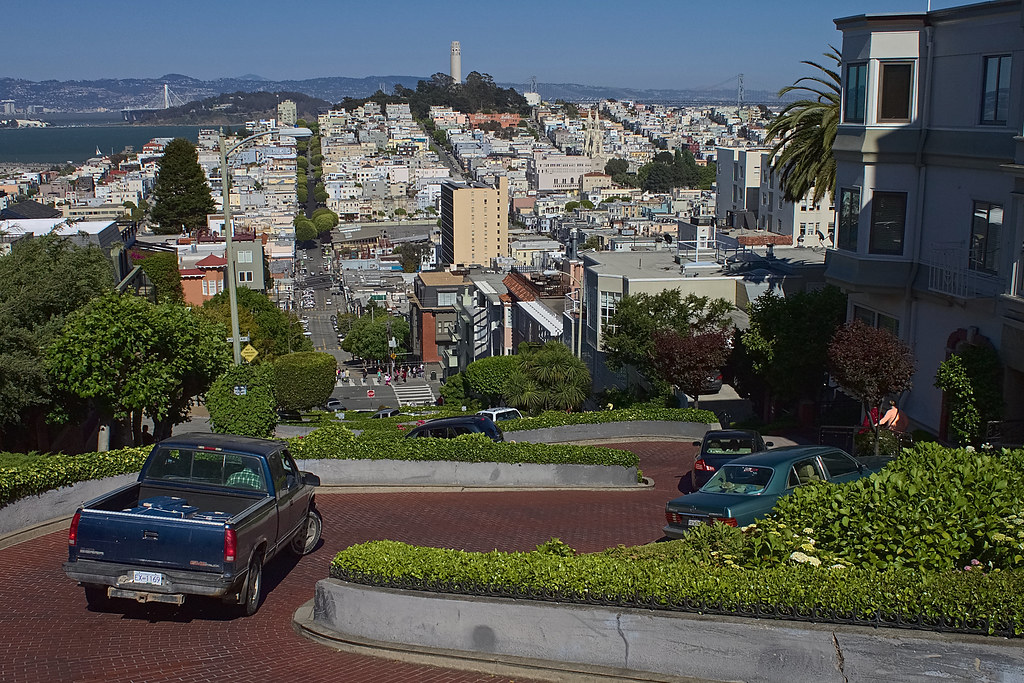 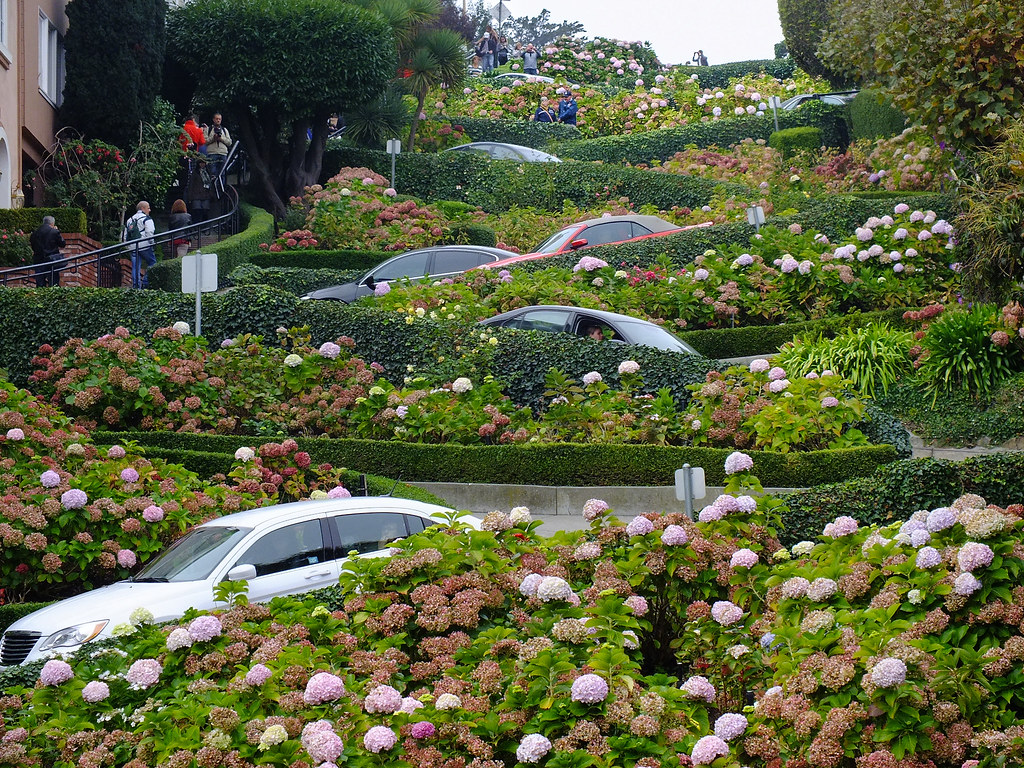 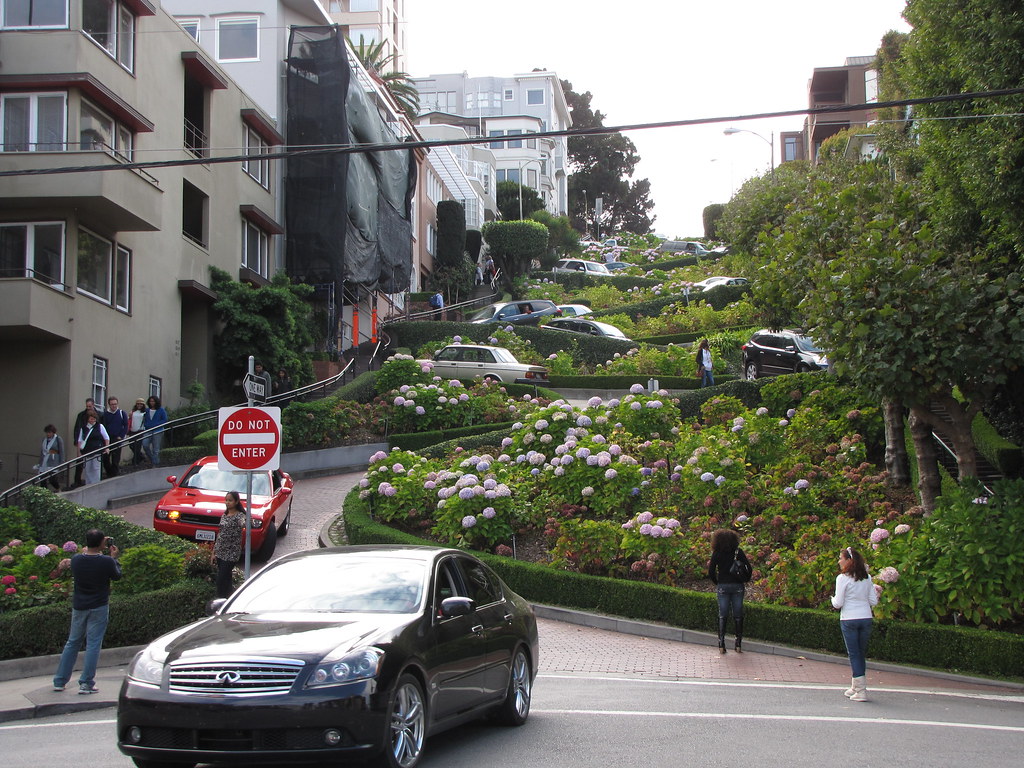 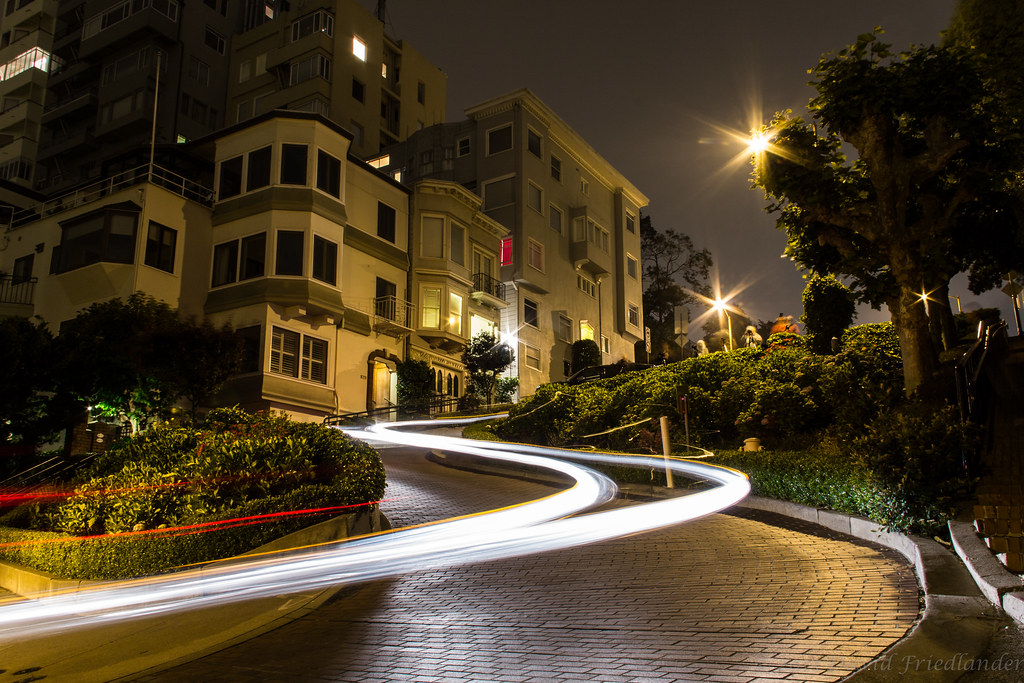 The Lombard Street in San Francisco, thanks to its unusual appearance, is pronounced as the most curve street in the world. This unusual design of the street was first proposed by Karl Henry in 1922, as the only solution to reduce the sharpness of the road. The slope on which it is supposed the cars to move was too steep and it would be too difficult for movement for pedestrians. Driving on Lombard Street is one-way, speed is limited to 8 km per hour and parking on this street is absolutely prohibited. So, distorted stretch of road has a length of about 400 meters and is reserved exclusively for driving eastward. 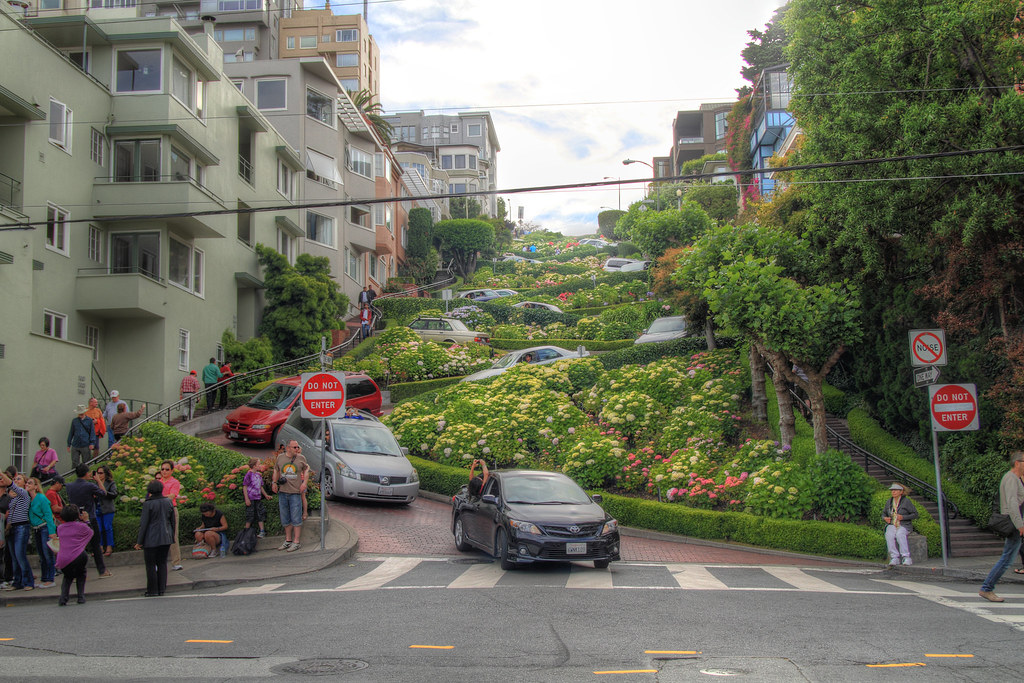 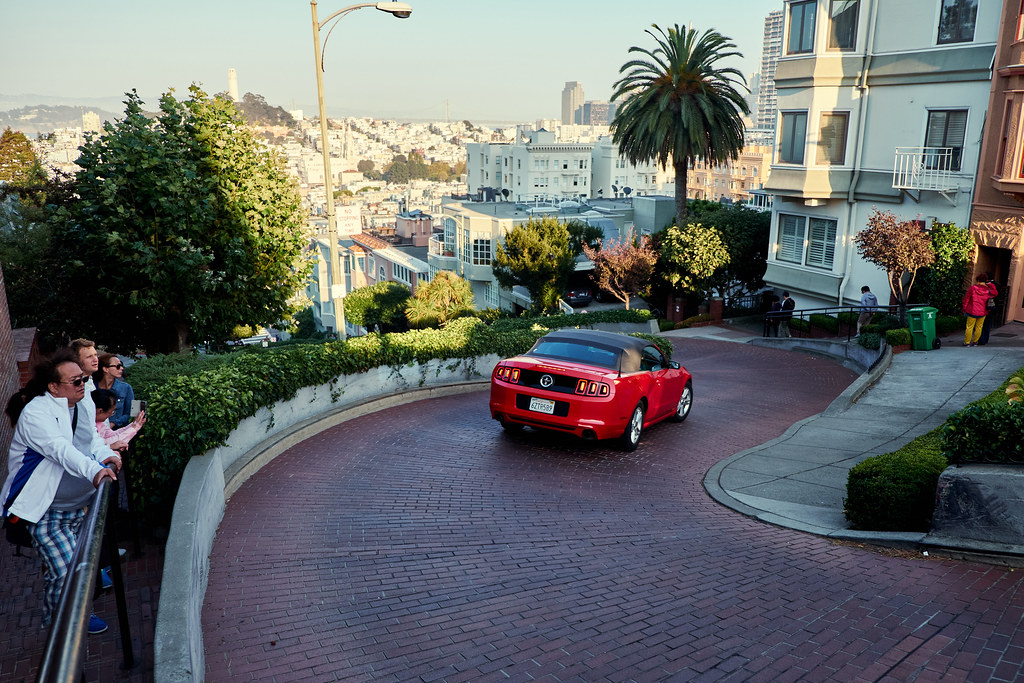 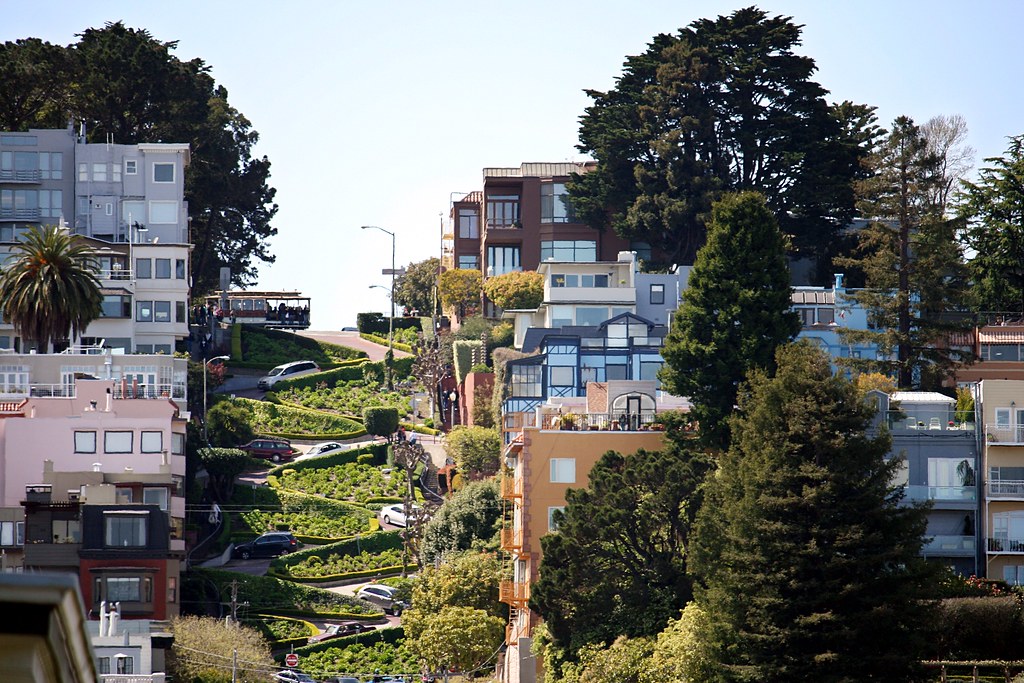 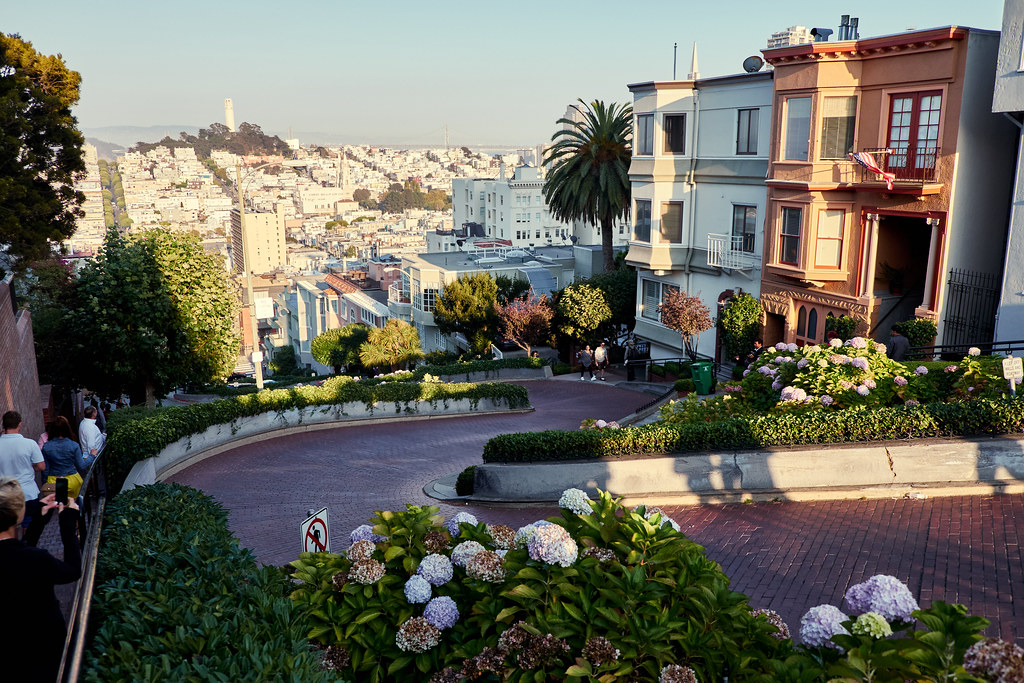 City authorities have sought to make the street more attractive, so the whole scene, despite the unusual appearance of the street is replenishing with beautiful greenery and flowers. Also, there are paths for pedestrians on both sides. 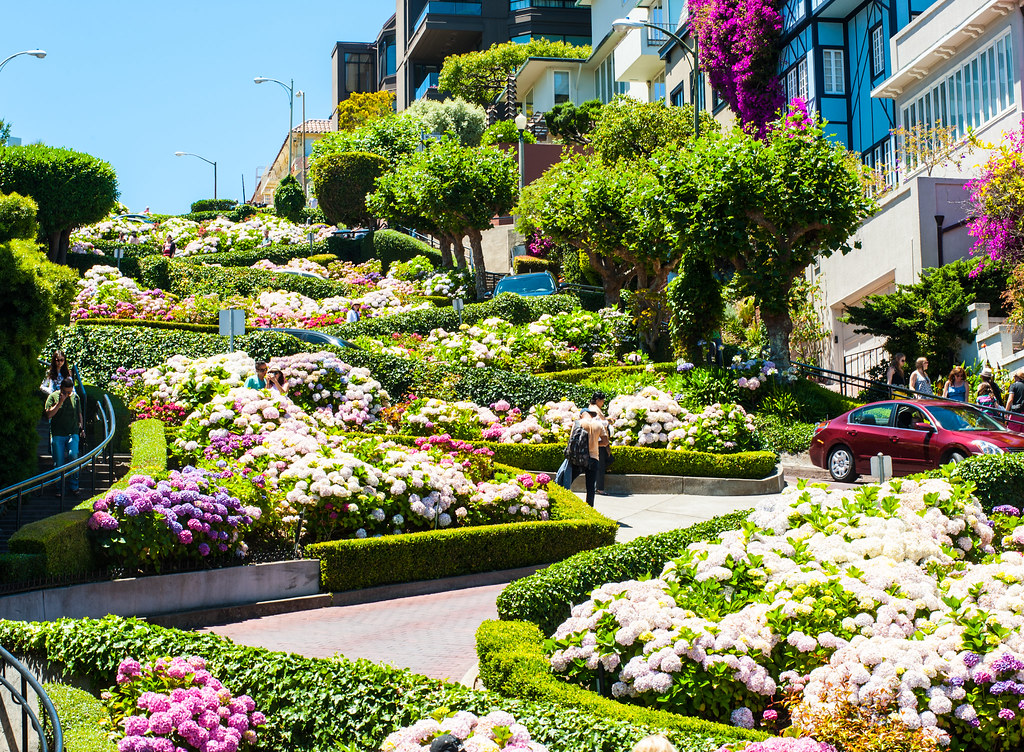