New York is not only a city, but a source of energy and inspiration for everyone who visits. Art is available to all for free, you can enjoy the shows, beaches and urban greenery and also this is the right place for shopping. Each view of the city is magnificent, whether you are on the roof of a skyscraper or on any street, you definitely will be amazed and run out of breath.

Visiting New York would not be complete without seeing Statue of Liberty. New Yorker symbol standing in the same place since 1886 and elicits admiration. Symbol of New York City is the famous Statue of Liberty. It is a sculpture with height of 46m and weighs 200 tones. One of the world metropolis with about 10 millions residents, has a unique piece with 171 stairs from foundation of pedestal to tip of torch, so it is rises about 93 meters above the New York’s port . Responsible for its creation are three Frenchmen. Historian Edouard – Rene de Laboulaye provided the idea for the construction of the monument, while Frederic Auguste Bartholdi make the sculpture. Construction of this masterpiece was made by Alexandre Gustave Eiffel and he is also the creator of the Eiffel Tower in Paris. It took 10 years to Statue of Liberty to be created. Statue of Liberty was shown in 1874 in the front of curious public eyes. It is well known that the monument in the left hand holds the declaration of independence in the US and in her right hand stands torch. Under the feet of the statue are chains of slavery, while the seven spikes on the crown symbolize the freedom of people from all seven continents. In 1986 this work was thoroughly restored and some copper parts were replaced. Visits inside the statue have been prohibited since the terrorist attacks on the Twin Towers of September 11, 2001. Beautiful statue of Liberty is visited of about 4.5 million tourists from different places. 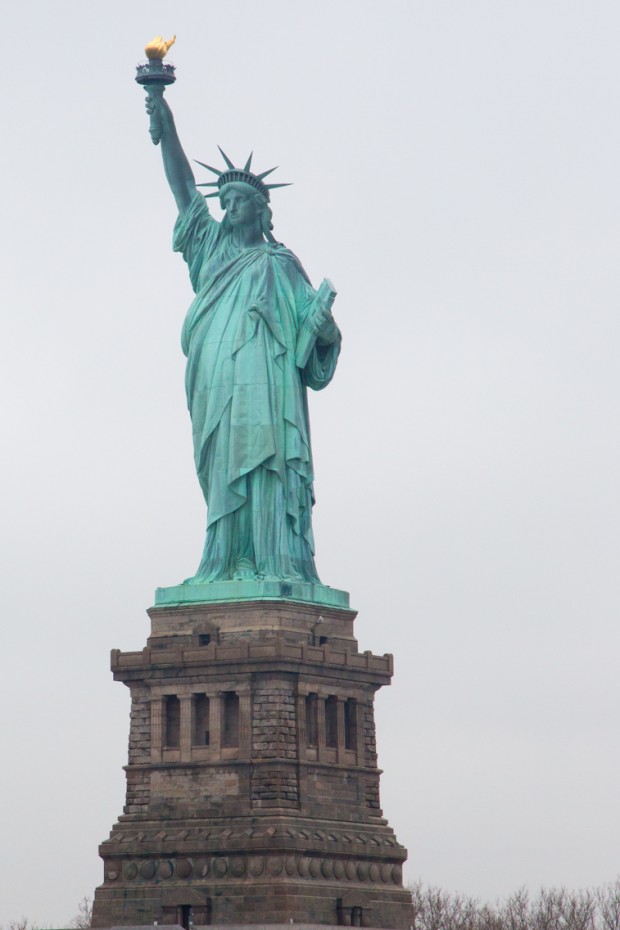