Georgia is former Republic as part of the former Soviet Union. It is famous country because is birth land of historical person Ioseph Vissarionovich Dzhugashvili or better known as Stalin. But, this place hides another beautiful destination that is worth visiting. This is a story of Ushguli, the highest and continuously inhabited village in Europe.

Those who are in love in the winter will want to spend a night. Because the village is located on a high, from each house you can see the white cover on the mountains. Of course, the village can be reached by car, but the real adventurers will sit on a bike and go on a hilly real adventure. 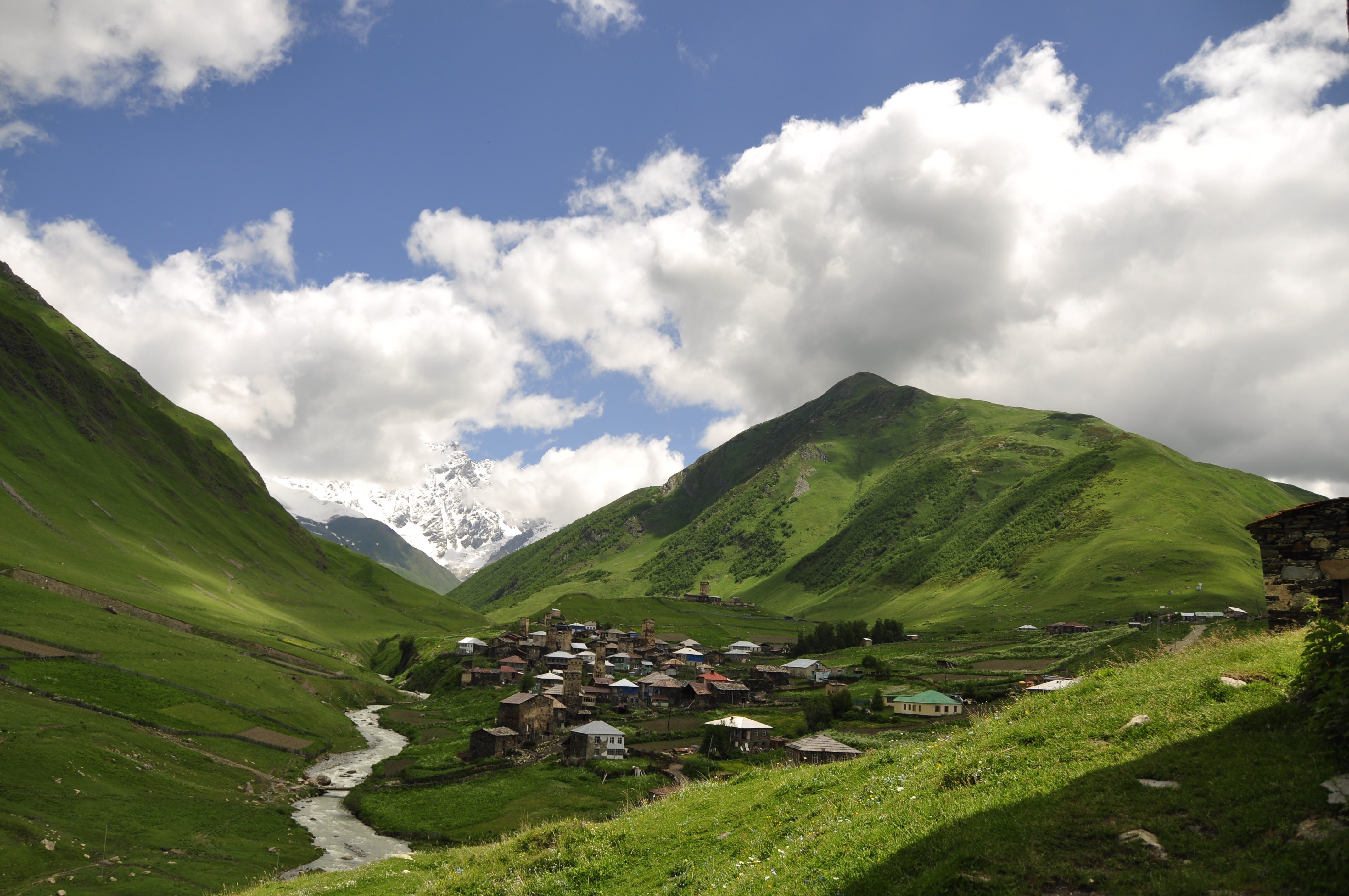 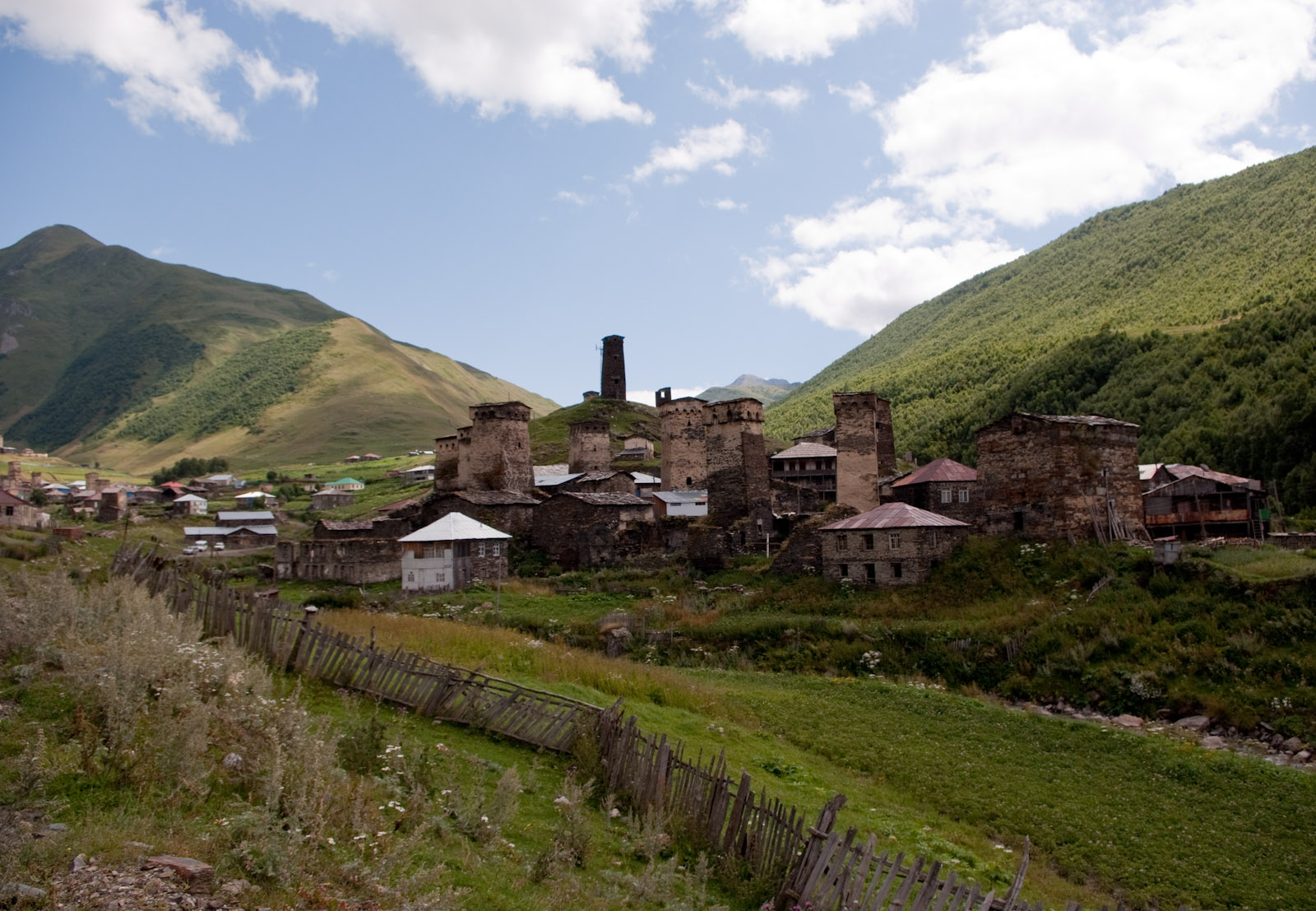 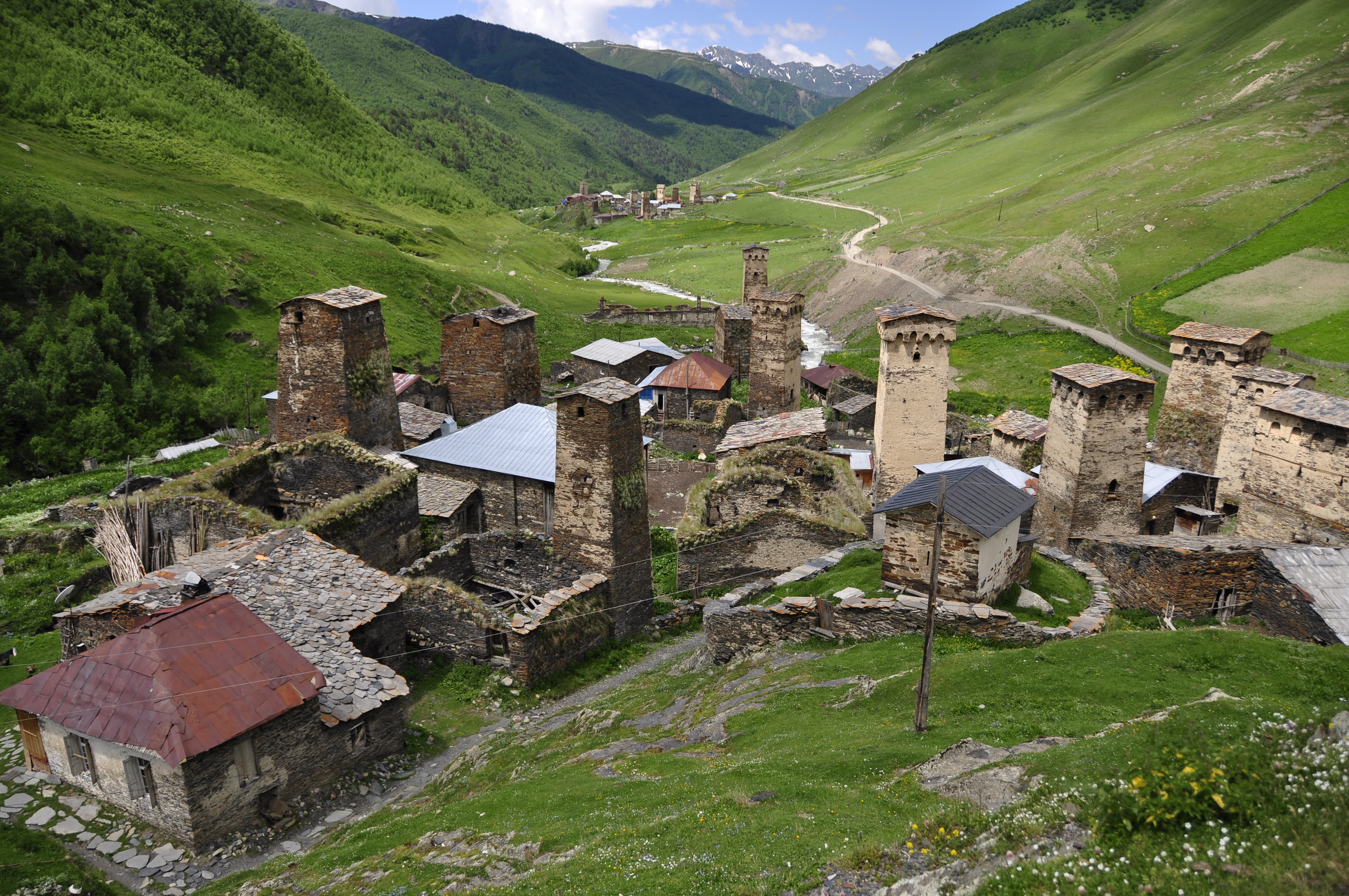 Ushguli, the highest village in Europe is located exactly in the territory of the Russian Republic on the altitude of 2191m. It consists of four smaller villages, the Zhibiani, Chvibiani, Chazhasi and Murqmeli. There rules a traditional and outdated way of life, but the villagers are used to it. Because of that, it looks like derelict and rustic village. Ushguli lies on a big distance from other places. It is hidden among the beautiful mountain landscapes and it has a population about 200 inhabitants. To get to this mountain village, the road will lead you to an isolated and narrow path that wavers its way through the mountains and you can see steep chasms that go down to the river. 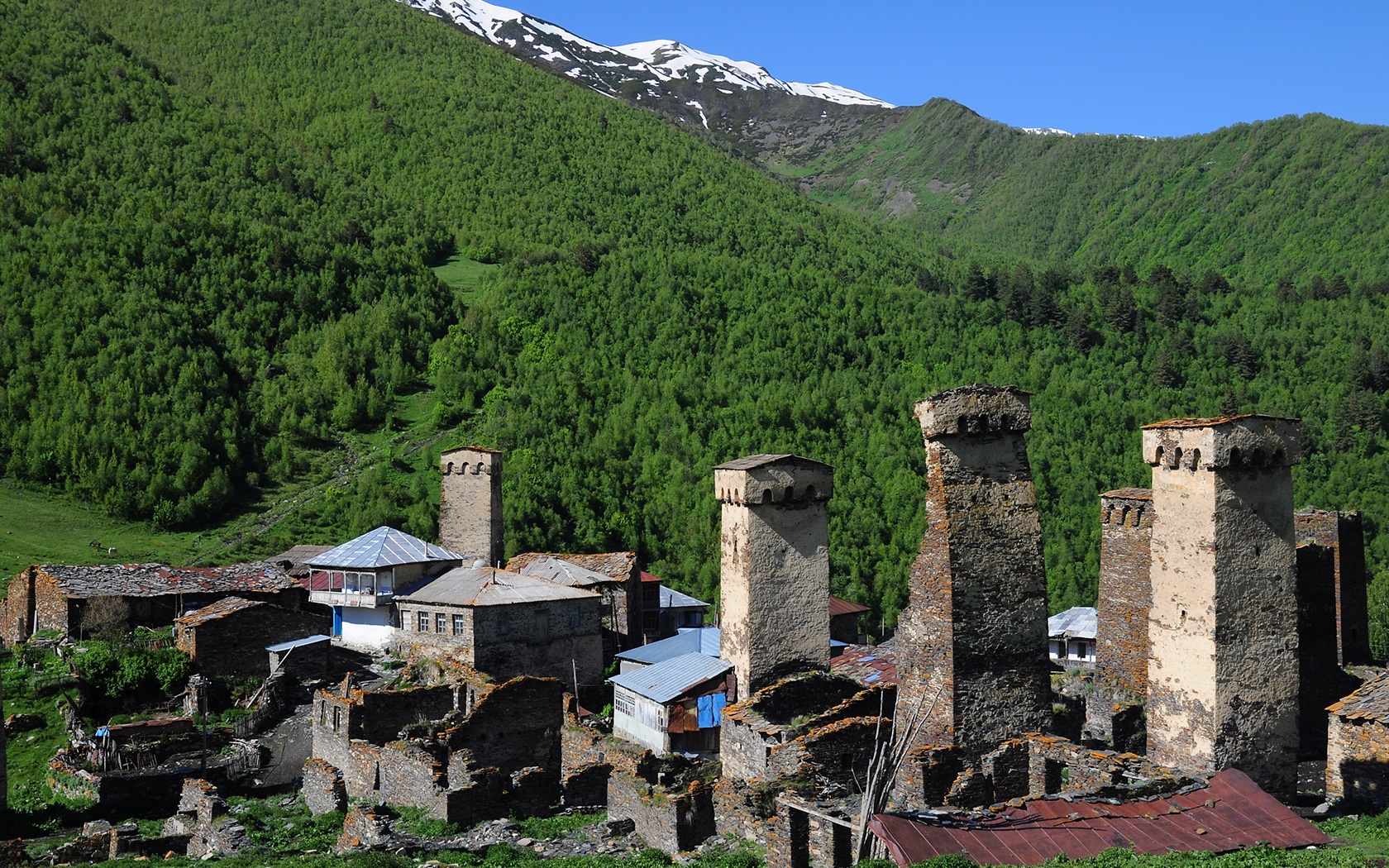 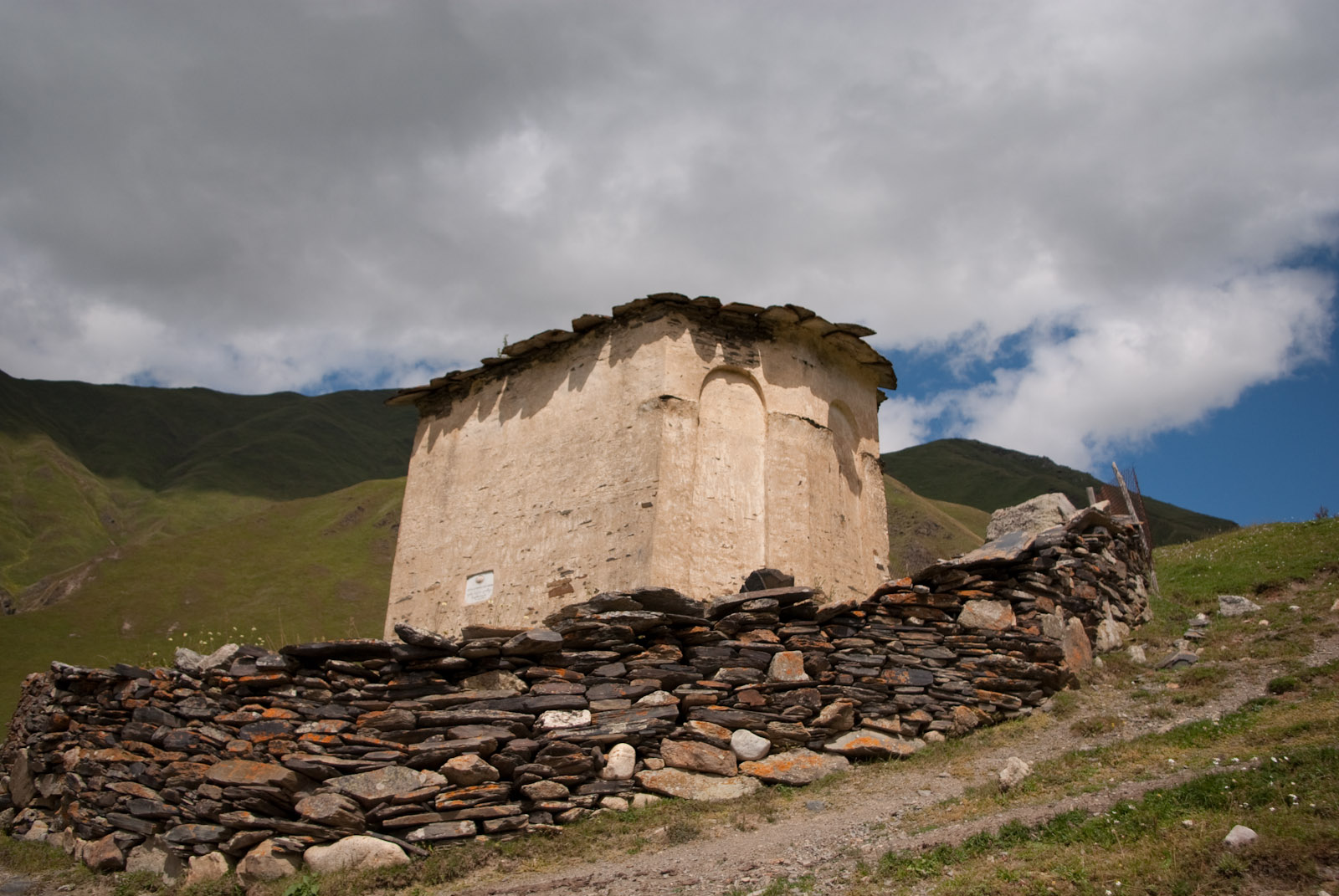 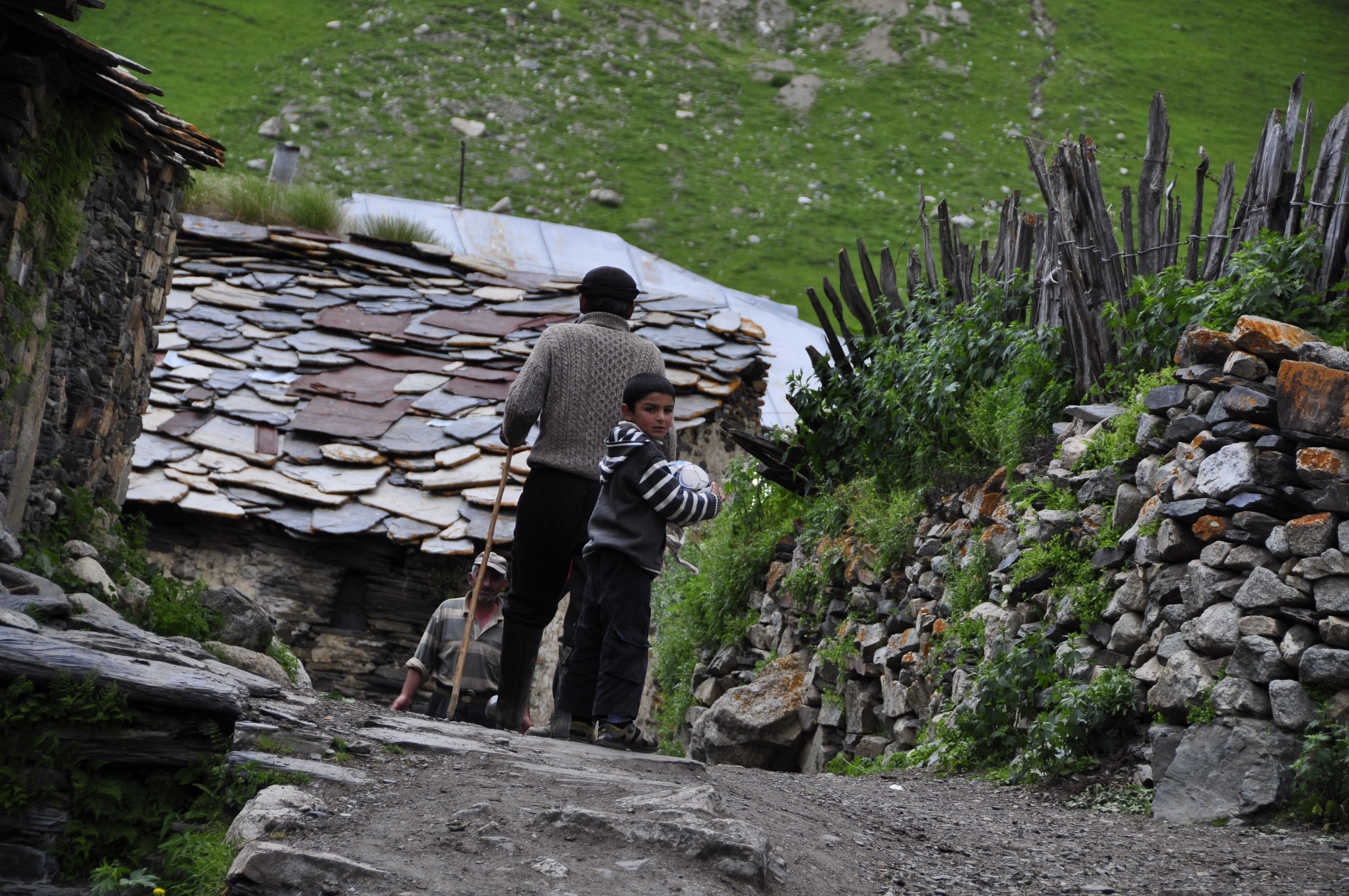 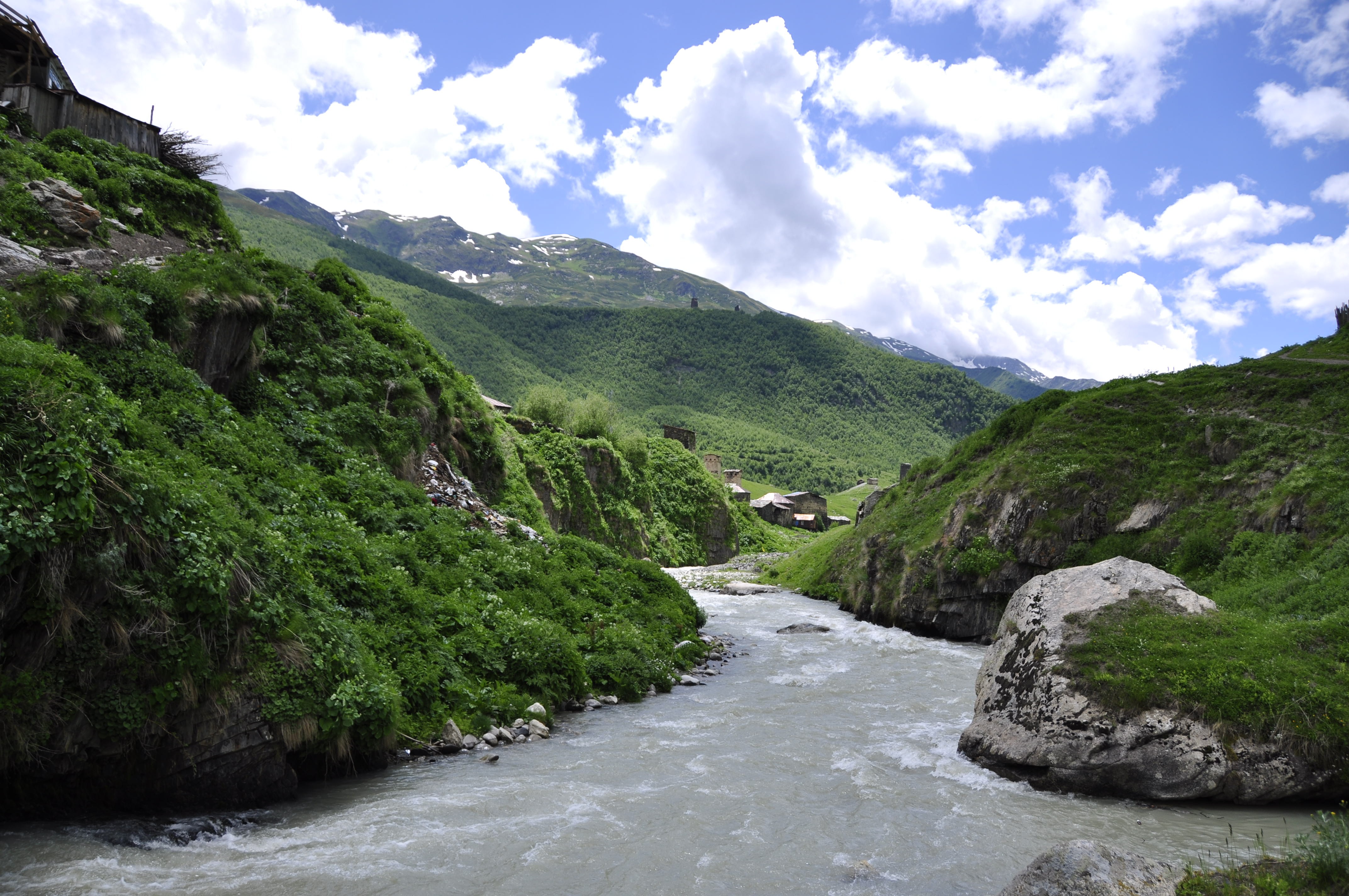 But, when you finally get to Ushguli, you will be rewarded with an unforgettable sight – clumps of houses that stand “crammed” around medieval watchtowers. The background still adorns huge mountain Shkhara. Shkhara Mountain, 5201 meters high, is the highest mountain in Georgia and is part of the so-called Bezengi Wall, 12 km long ridge which consists of peaks almost the same height. The village has a school, because a trip to another school would be realized very difficult. The chapel is older than 1,000 years and part of the building is under the protection of UNESCO. 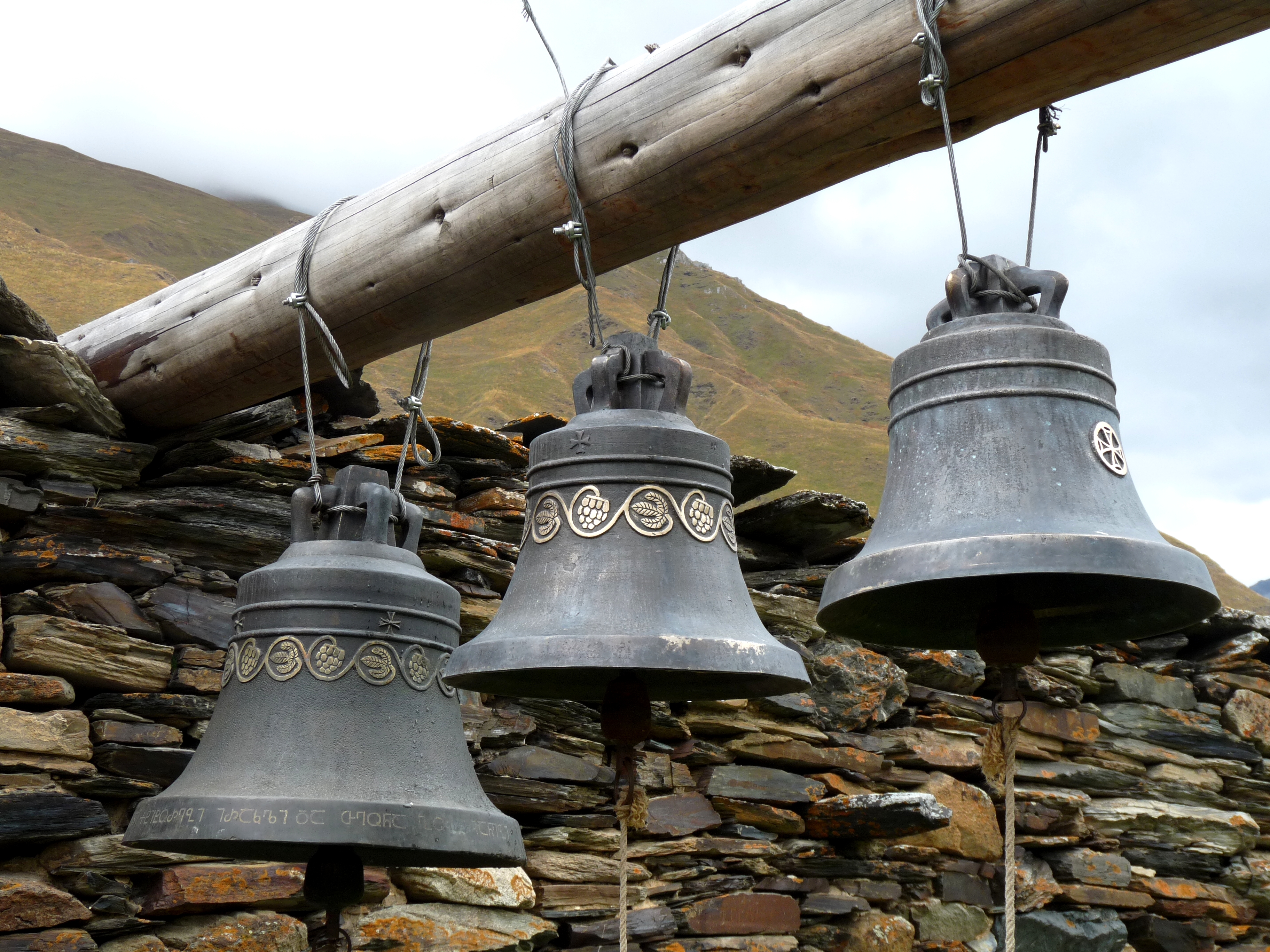 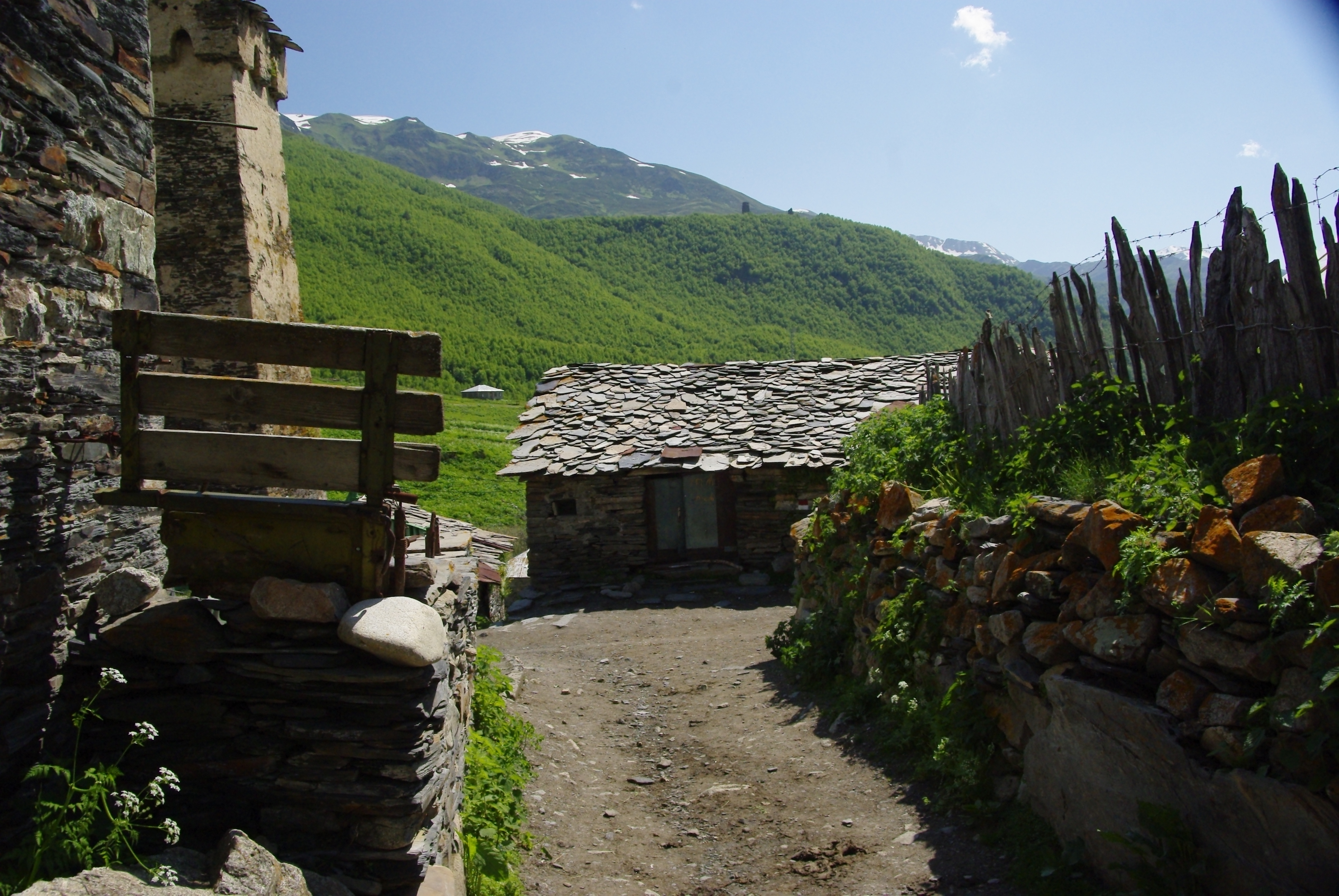