Vatnajökull is largest Glacier in Europe

One of the most striking features of the maps of Iceland is huge white mass that covers the southeast of the country. There you can experience the beauty and magic of ice caves, which lie deep below the surface of the largest glacier in Europe. We are talking about glacier Vatnajökull.

Vatnajökull it is situated within the national park Skaftafell. Every year it is the destination of thousands of tourists who come here to walk, to skate, to slide and ride a snowmobile on its surface. Also many adventurers risked their lives to make magnificent photos at a temperature of -12 ° C under Vatnajökull glacier in southern Iceland. 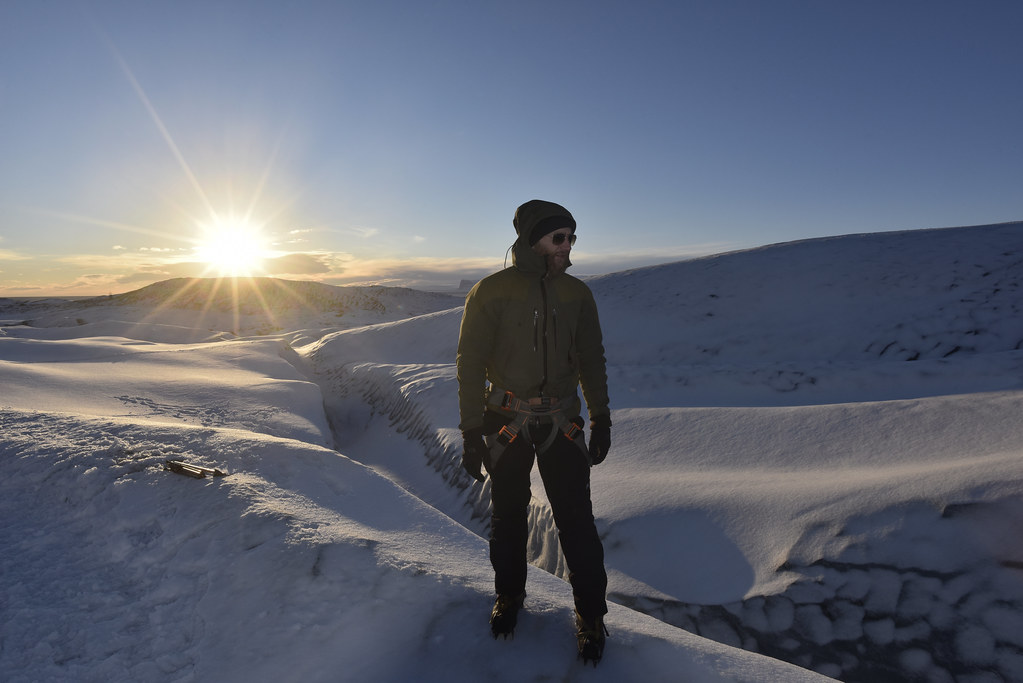 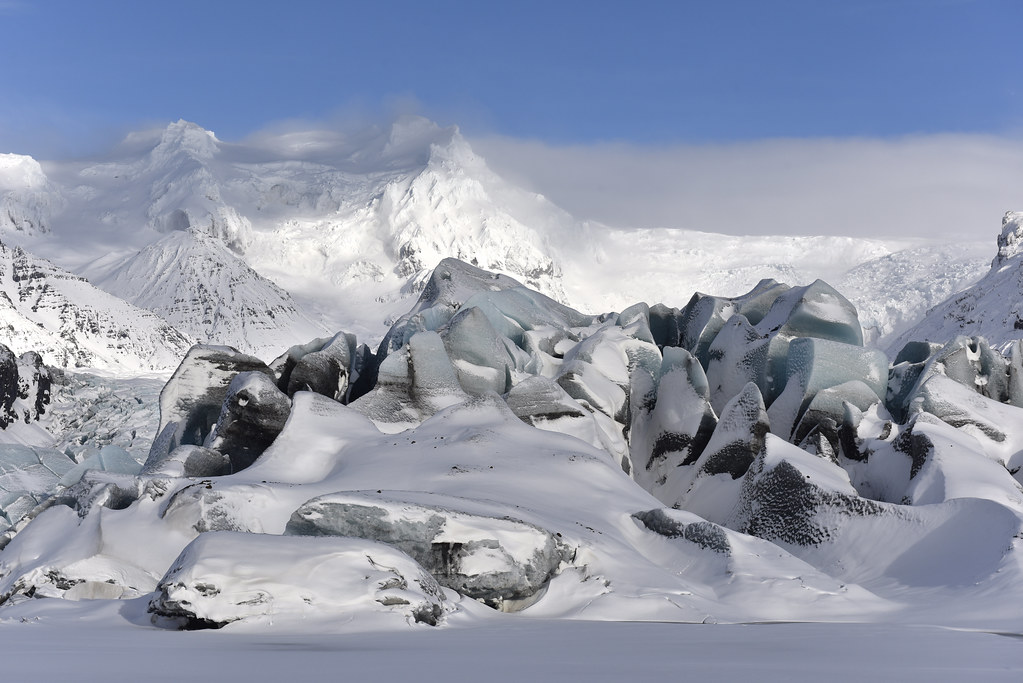 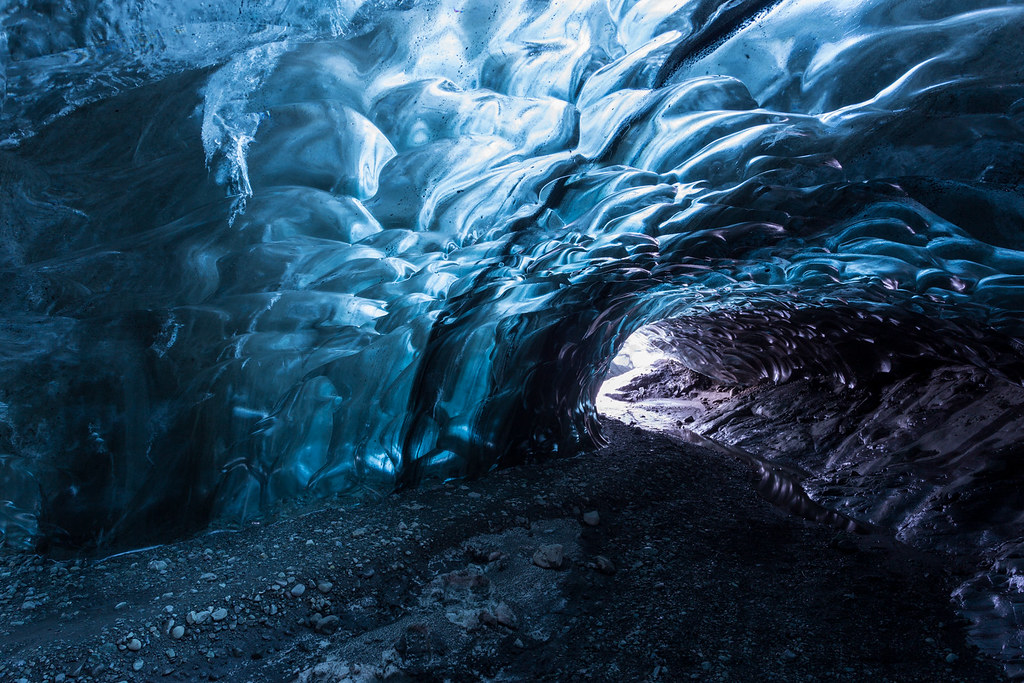 Vatnajökull is the largest glacier in Europe. It is covering nearly 8% of the territory of Iceland, an area of about 8100 km2. With a thickness of 400 m and in some places up to 1000, Vatnajökull contains frightening 3300 cubic kilometers of ice. Under monotonous white surface of the glacier Vatnajökull is wavy plateau composed of valleys. As the majority of Iceland, this is an area of high volcanic activity. There are seven active volcanoes. Under the ice of the lake Grímsvötn lies a huge chamber filled with magma, which last erupted in 2004, throwing enormous amounts of ash and sulfur dioxide. 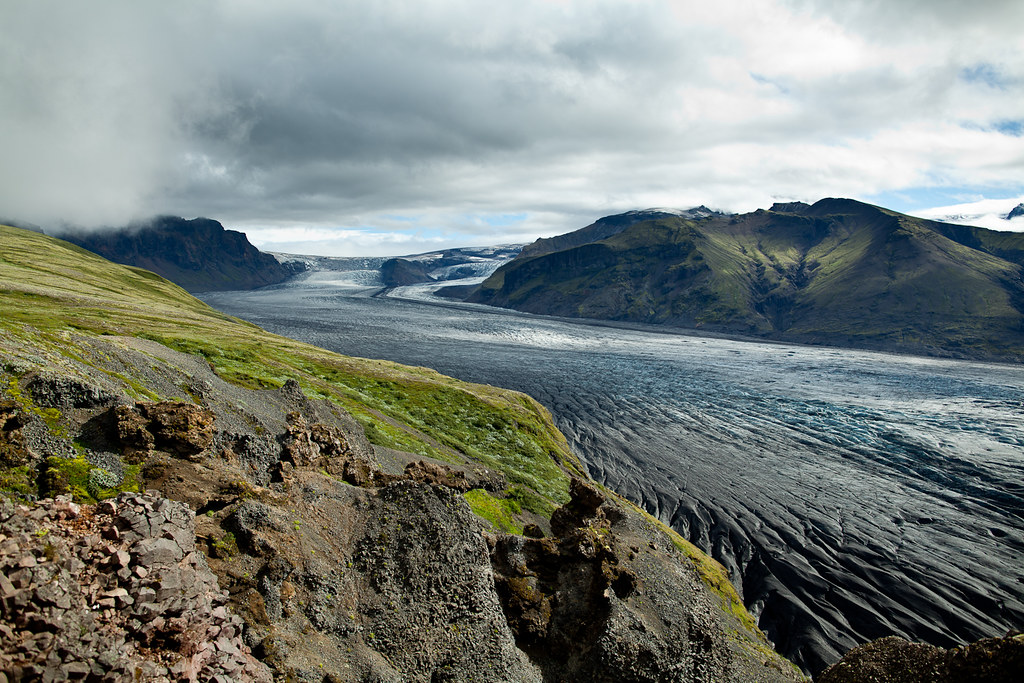 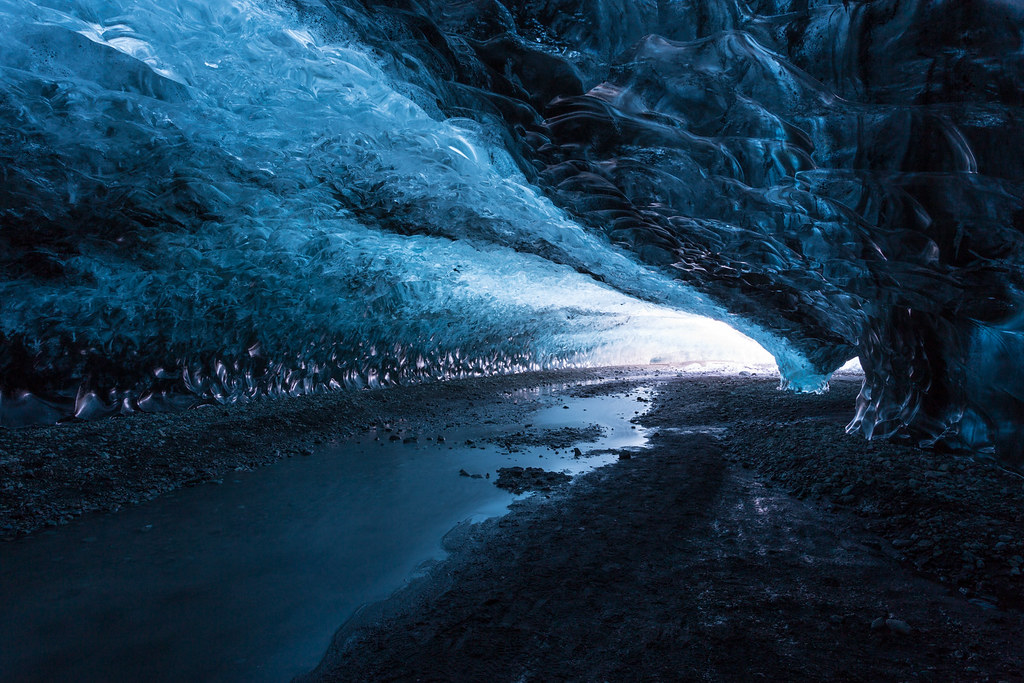 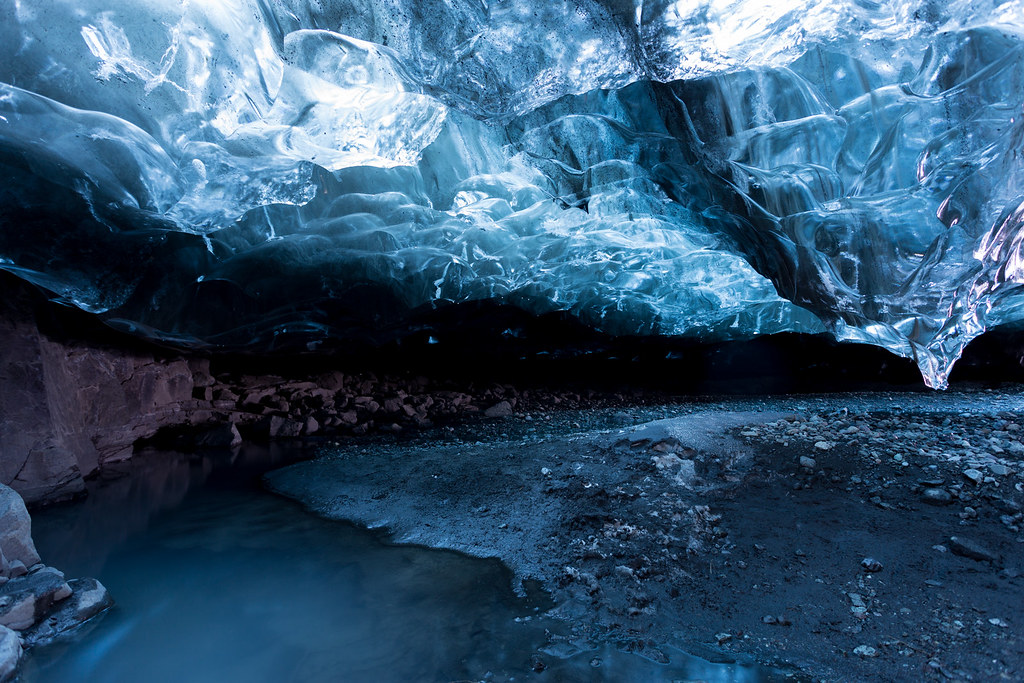 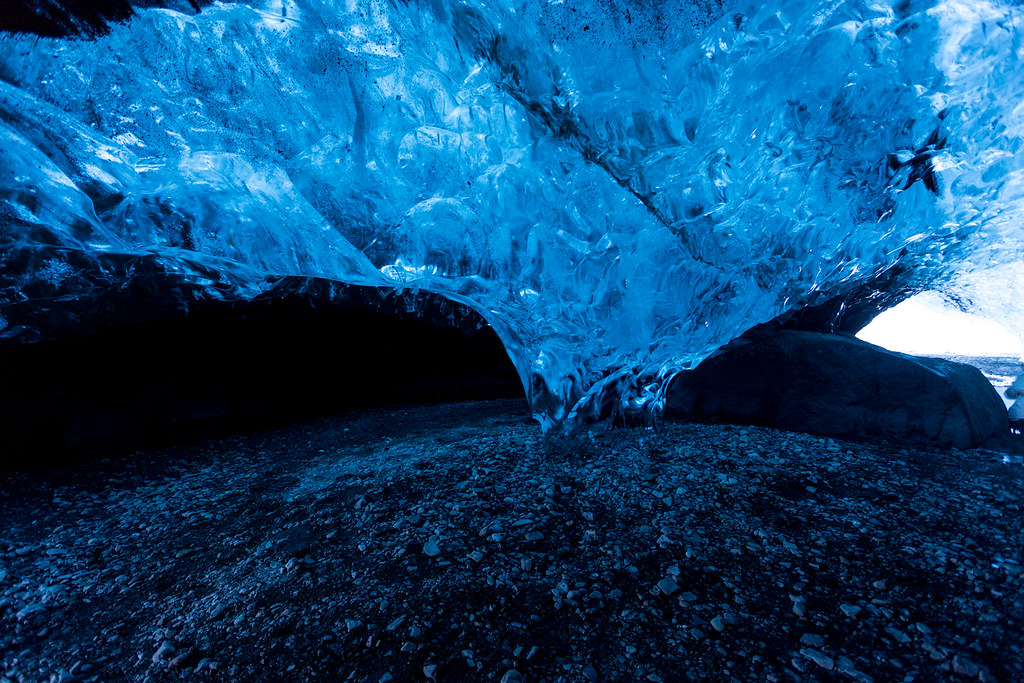 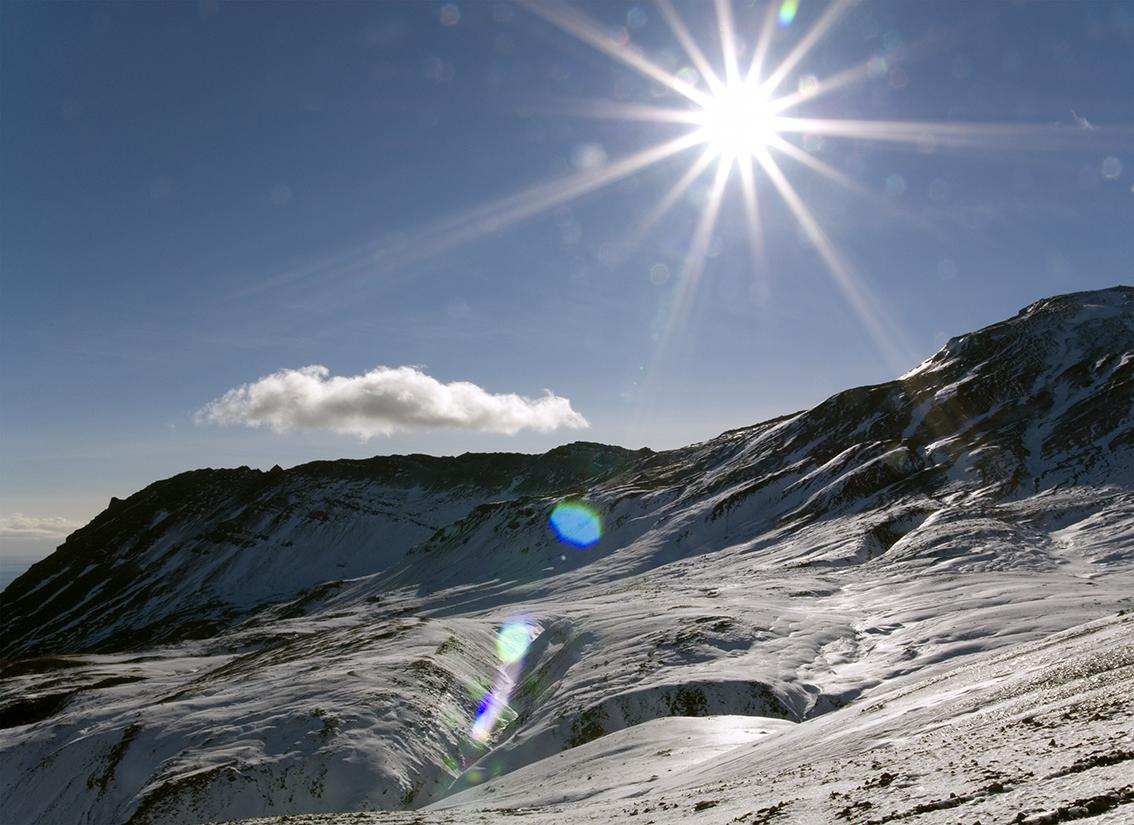 When such eruptions occur, they can literally raise a thick layer of ice as if it was paper, thereby allow to eject large amounts of water. So almost always after eruptions, follow floods. The last flood was noticed in 1996 spread to the roundabout the Island. After that, Vatnajökull is observed carefully. This glacier has received more attention in recent years when scientists began to explore because of the signs of global warming. Cavities in an icicle are formed due to the reaction between the melted water and the ice plate. They are constantly moving and changing the shape of the cave. 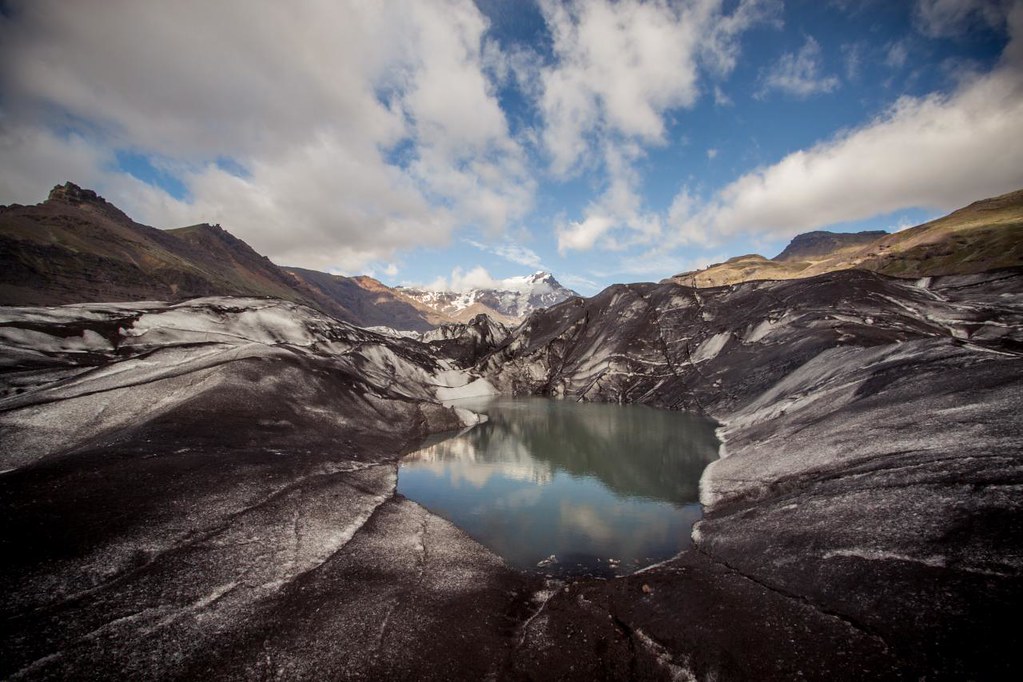