The 10 Best Places to Live in the World

Everyone wants to live comfortably and wealthy. However, in a modern world, we separate the high-performance countries and those with low indicators (although in the 21st century some of them start moving really tough and show remarkable rise). The countries with the highest are target place for people, who want to live better. We have explored the data and listed the top ten tourism locations . The qualities, which make these places unique are the living standards, the ecology situation, technologies and the economy level. Here we go!

What do we know about Switzerland? It’s a country that borders with Germany. Speaking about nature, a combination of green mountains, fresh air and clean blue waters of lakes and rivers make this country very attractive. Thanks to its market economy, Switzerland is a leading country. Its economy is based on tourism, chemical goods production, high precision parts production and banking system. We can spend hours listing its benefits, but let’s cut it short and leave nothing excessive – it’s an outstanding leader among the best countries to live in the world. 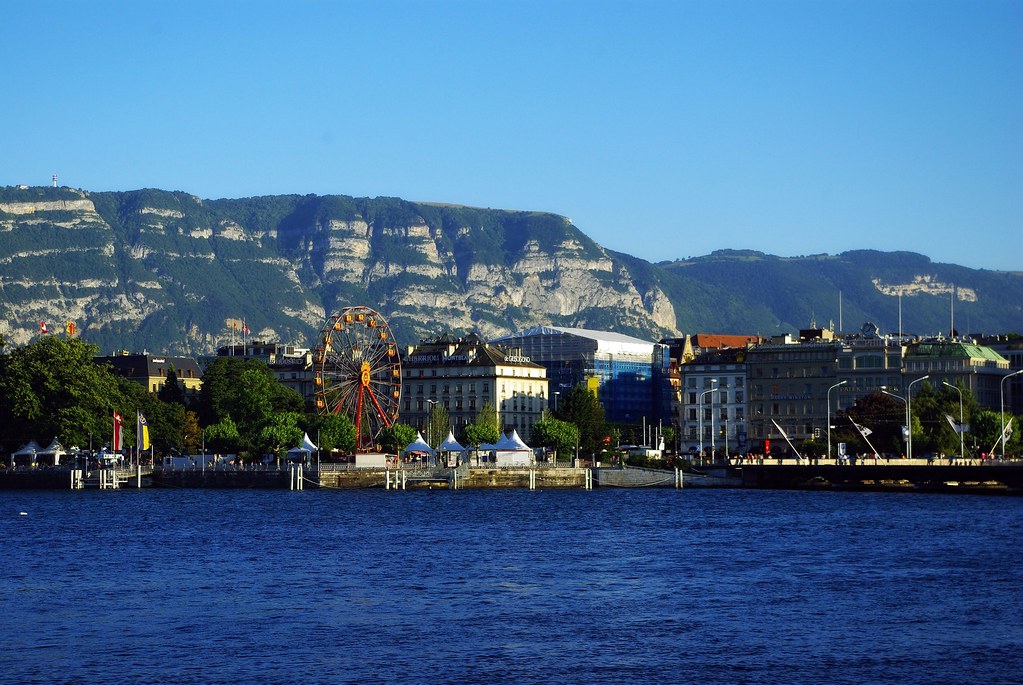 Canada is the US northern neighbor. Canada is famous for its snowy winters, beautiful Rocky Mountains, endless prairies, oil business and agriculture. The agriculture is an important part of the Canadian economy. Due to its physically wide amplitude, Canada uses its lands for farming. Some people even say that Canada is an American village. However, it is not bad because its environment is cleaner and crime rate is much lower. 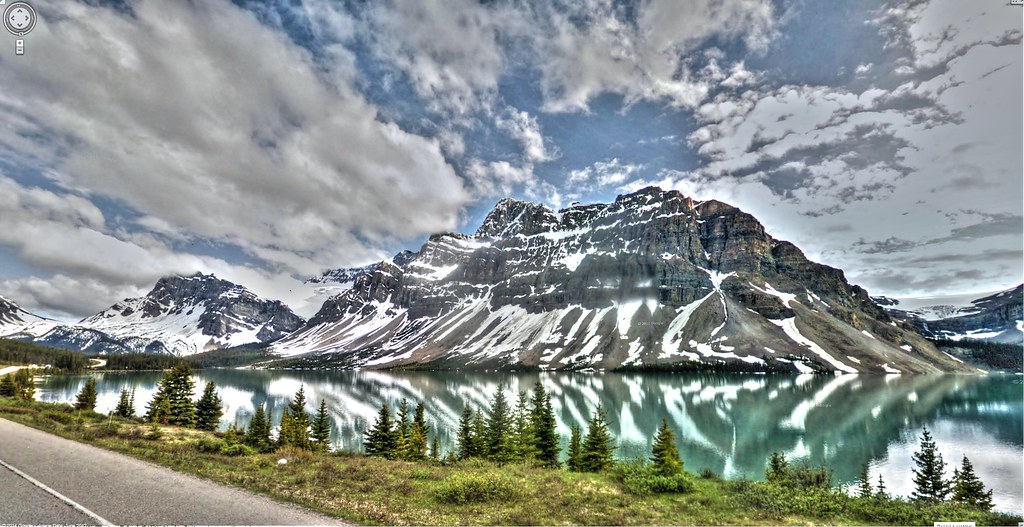 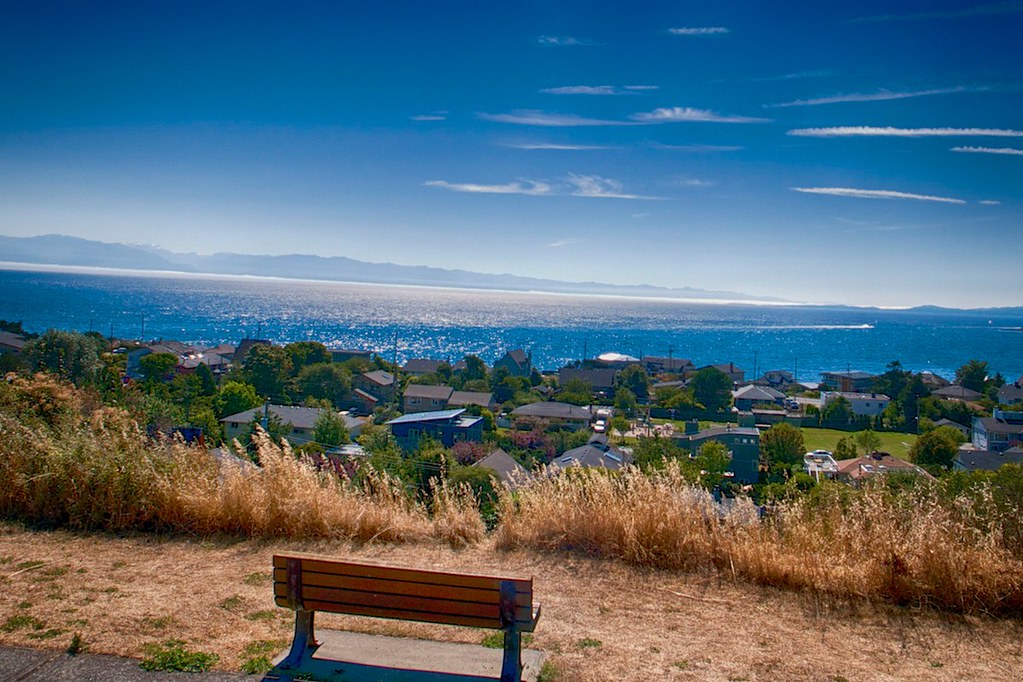 When we speak about the United Kingdom, we don’t mean only Great Britain. The Northern Ireland is a member of this unit too. It’s known as a country, where the royal traditions are still living, and they still influence the life, cars move on the left side of the road, and the rains occur daily. However, there are a lot of other interesting facts about the UK, such as one of the world’s leading economy, unusual nature, long history and tasty cuisine. 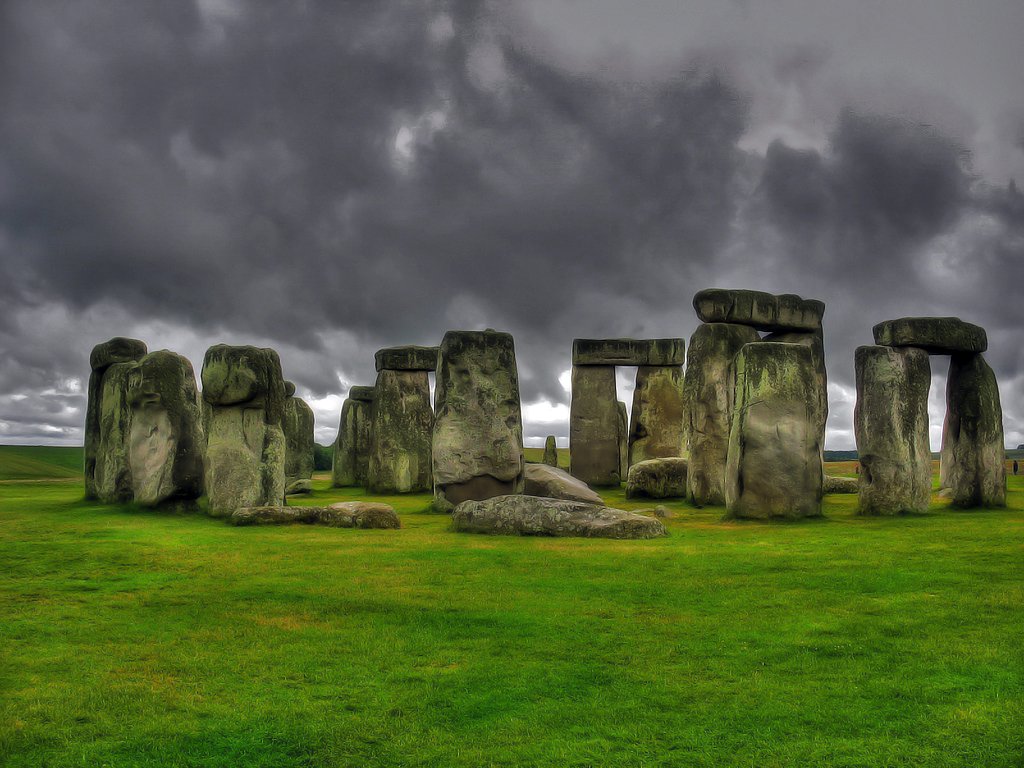 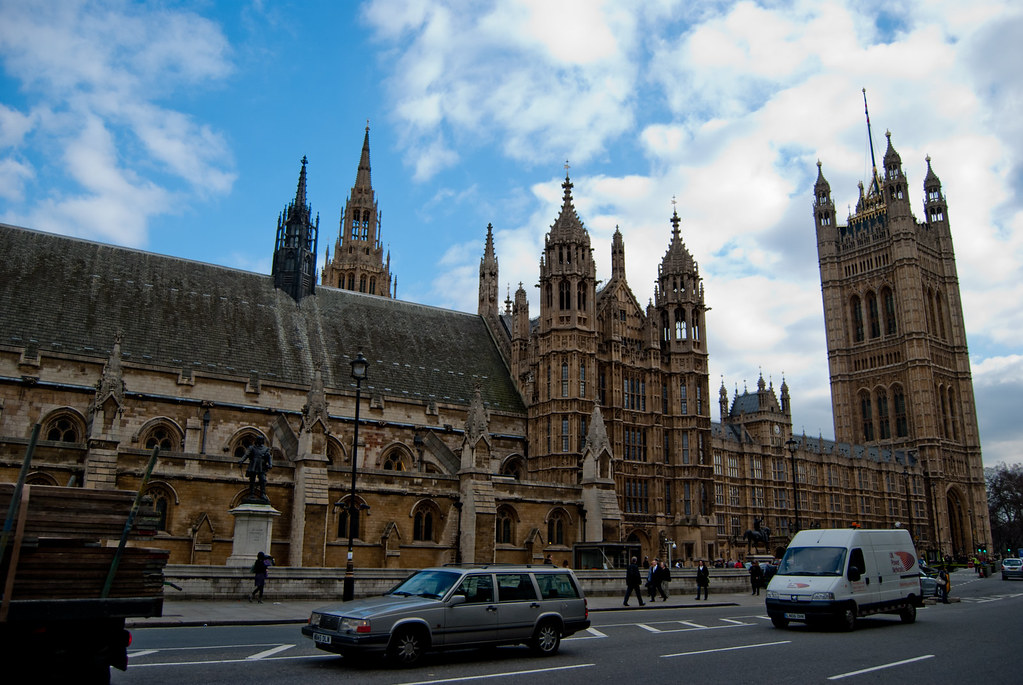 Germany is one of the oldest countries in the Europe, and it has the long and interesting history. But what makes the Germany enjoyable for living today is a very high living standard, low crime rate, the strong economy, interesting culture with traditions and very comfortable climate. For many years Germany has been standing for an example of modern life and direction to the future. There’s no surprise that people want to move there! 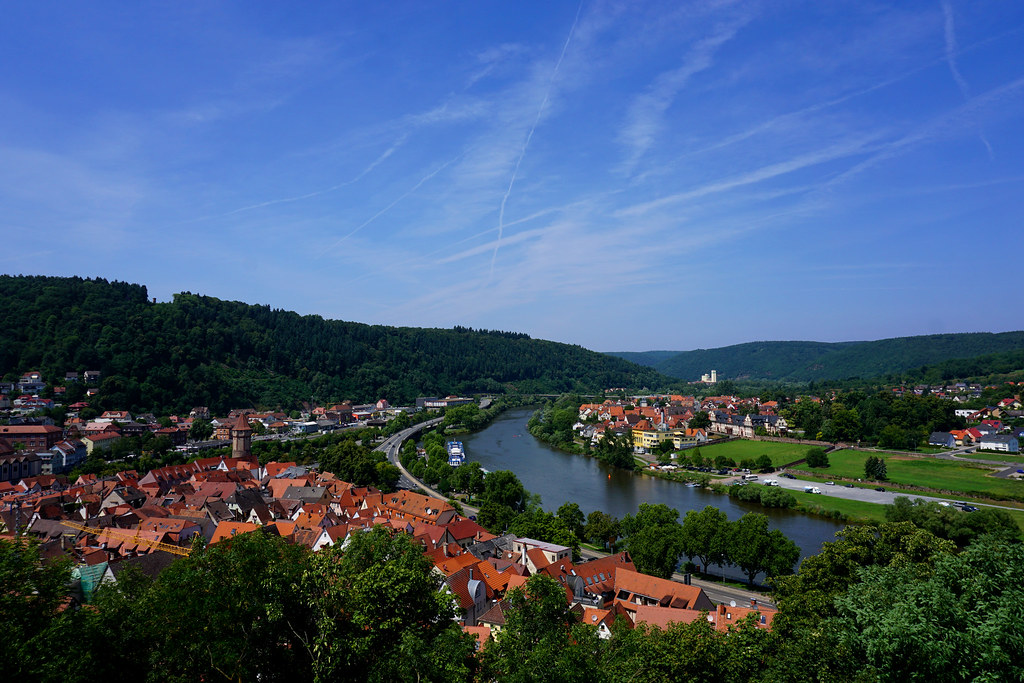 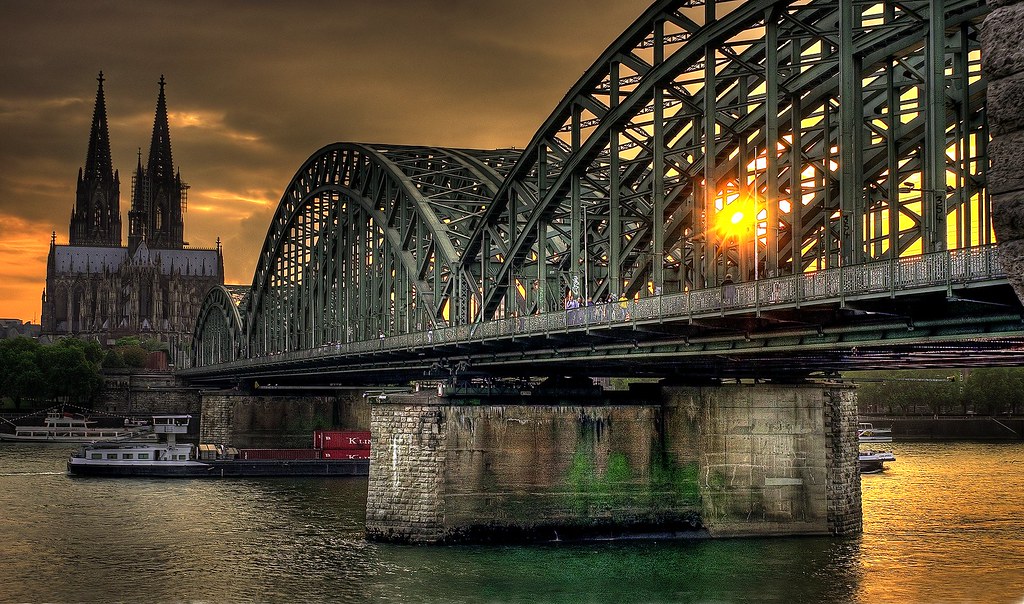 Japan, the country of a rising sun… And a dream life for many of us. Comparing the Paradise and Japan the second one would take a benefit, because of the ability of modern technologies and unique culture. Japanese love their history and traditions. For the many hundreds of years, they have been developing their responsibility, workability and striving for the best. Thus, today these qualities helped them to create an amazing country, where the traditions and the technologies of future are combined. People want to live in Japan because of its amazing nature, high-tech, and comfort. 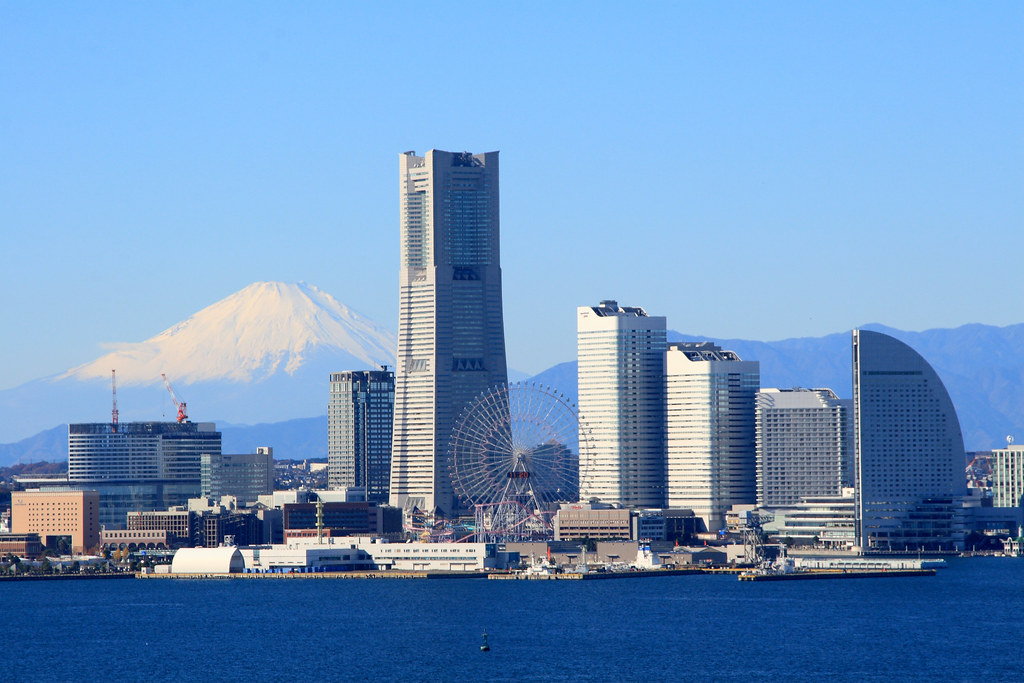 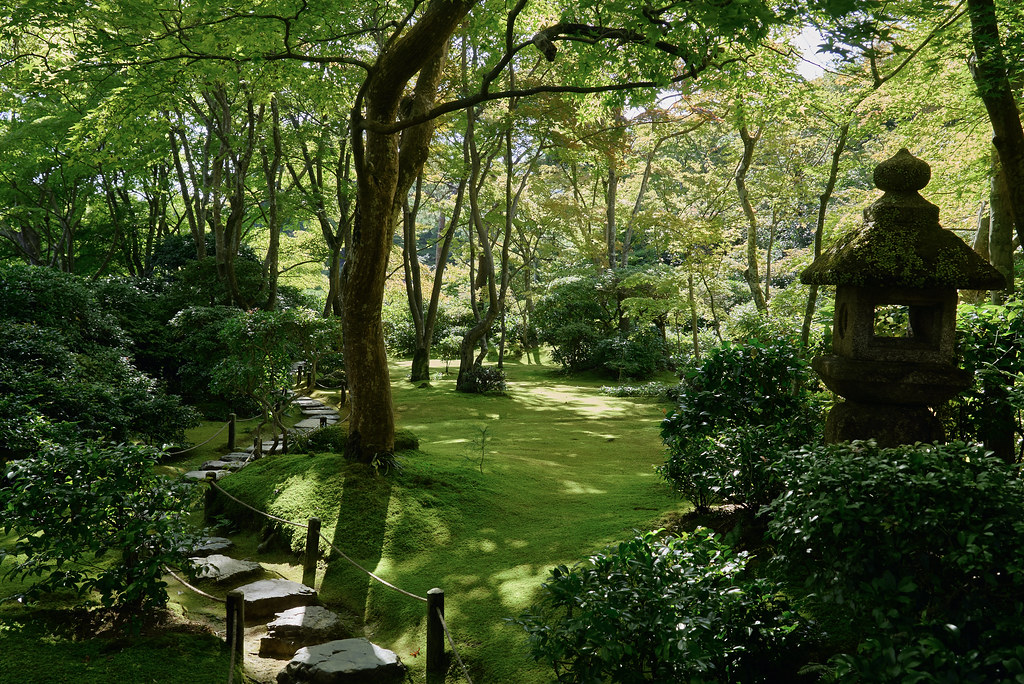 The “Scandinavian country” collocation sounds pretty cold. Especially when you think about real Scandinavian winter and terrible red Viking beards. However, this country, which lays between the Scandinavian Sea and the Gulf of Bothnia meets its guests pretty warmly! As a member of European Union Sweden is a high-performing economy with very high living standards and welcoming people. The modern technologies there run everything, which is used daily, nature is beautiful and unique, while the long history and traditions may look attractive for everyone! And if you’re a car lover, then you can’t miss the famous Koenigsegg factory near Ängelholm and see the future technologies of an automotive industry by your own eyes! Welcome to the warm North! 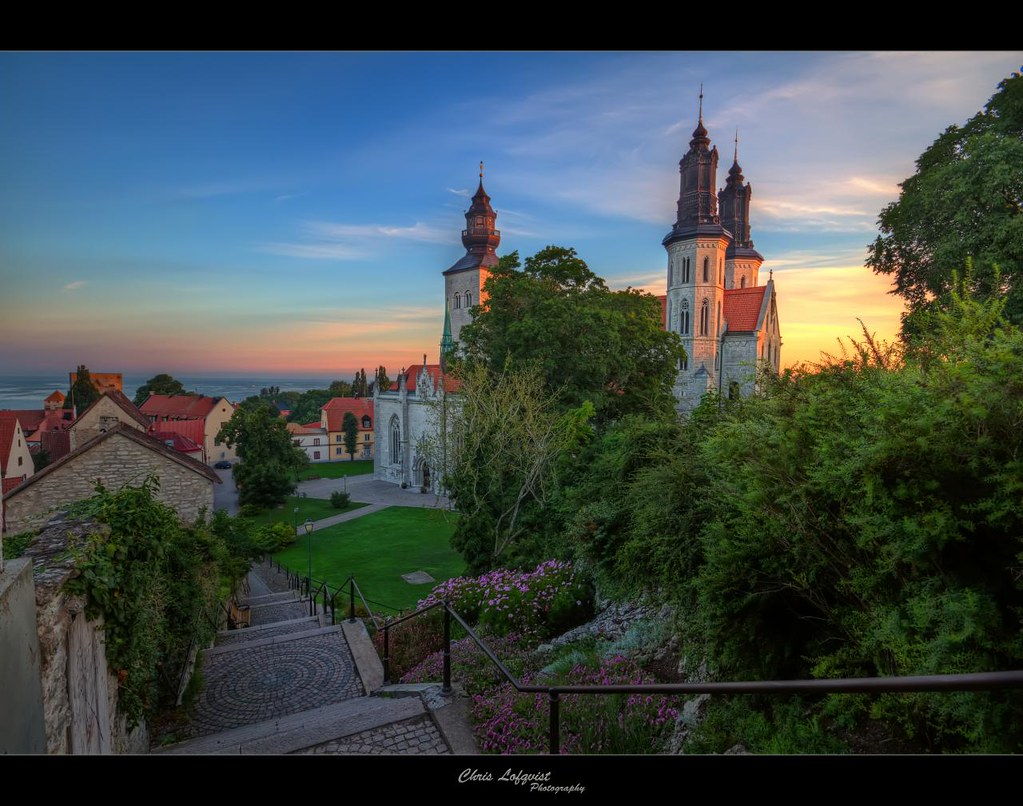 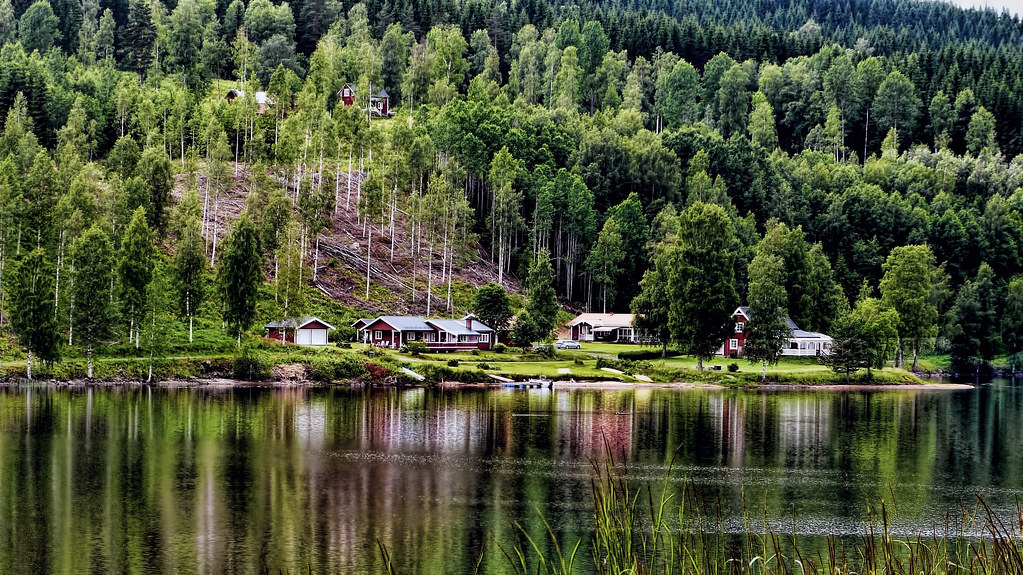 The sky-high country promises to become the economy leader in the nearest future. China is not the country, where everything is close to perfection, like in Europe. It has environment pollution issue and a high population density. While these problems are slowly getting solved, the China has already become a point of opportunities! That means people from all over the world come to China to work. A lot of these people stay living there. However, it isn’t easy to live in a country where the overpopulation exists in everyday life. A set of beneficial career opportunities makes China the desired country to visit and one of the best places to move in the world. 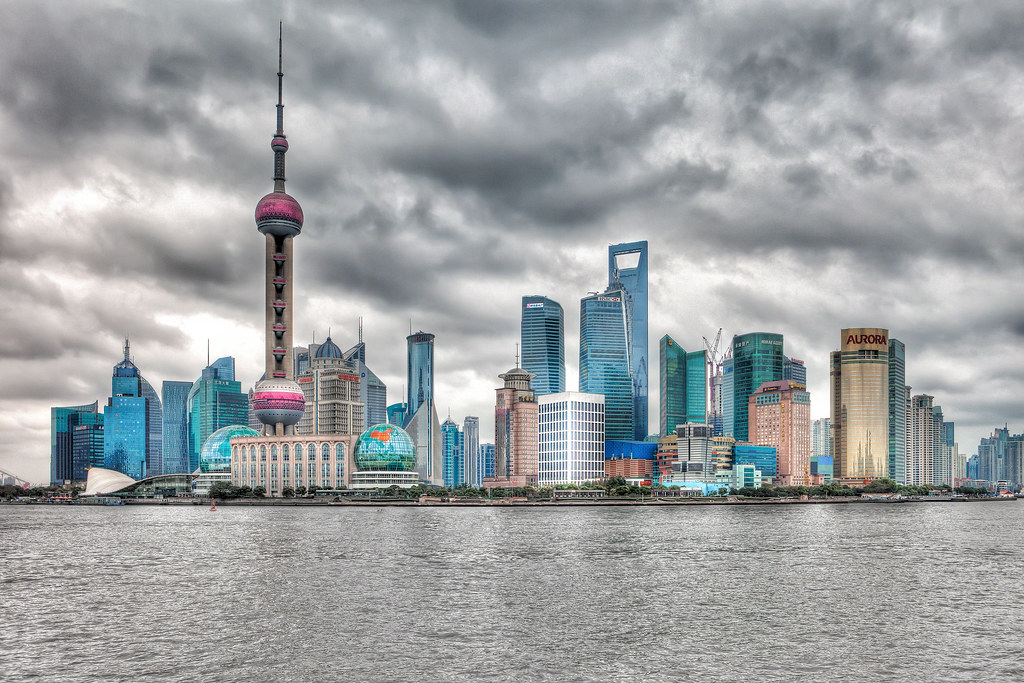 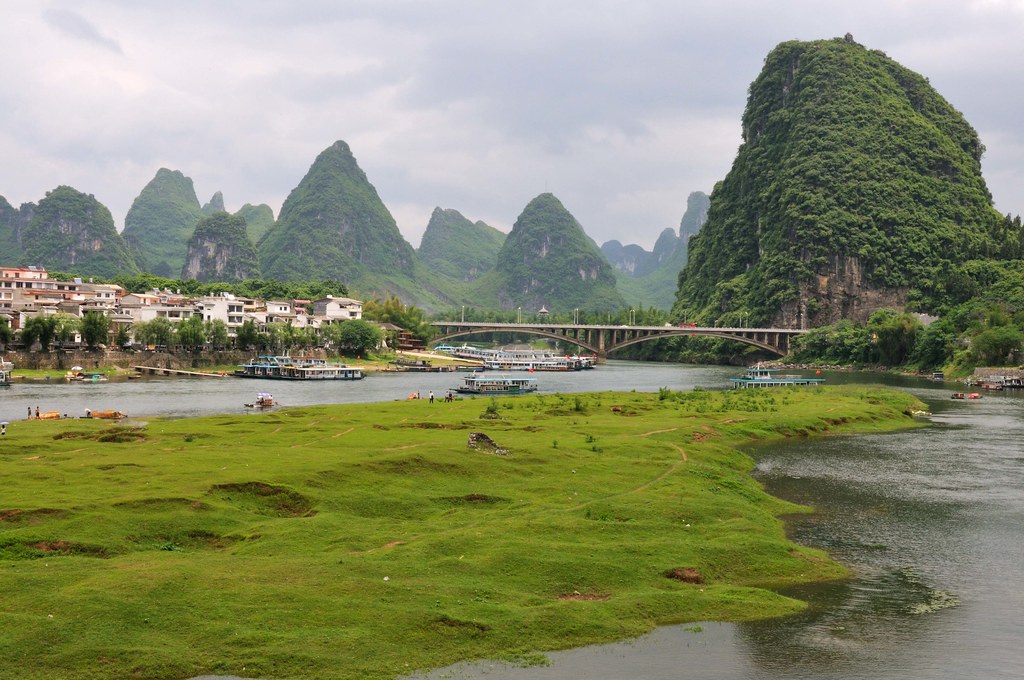 Singapore is located in Asia, a member of Four Asian Tigers countries. Singapore has a warm tropical climate, highly-developed infrastructure, modern technologies in different spheres and one of the strongest economies in the world, which makes this country a great place to work! This Asian country provides hundreds of thousands of people with a job, and this is a great opportunity for young people who look for a dream job. It offers one of the lowest unemployment rates among the high-performing countries. Come to Singapore, if you’re chasing an opportunity and want to make build life really good! 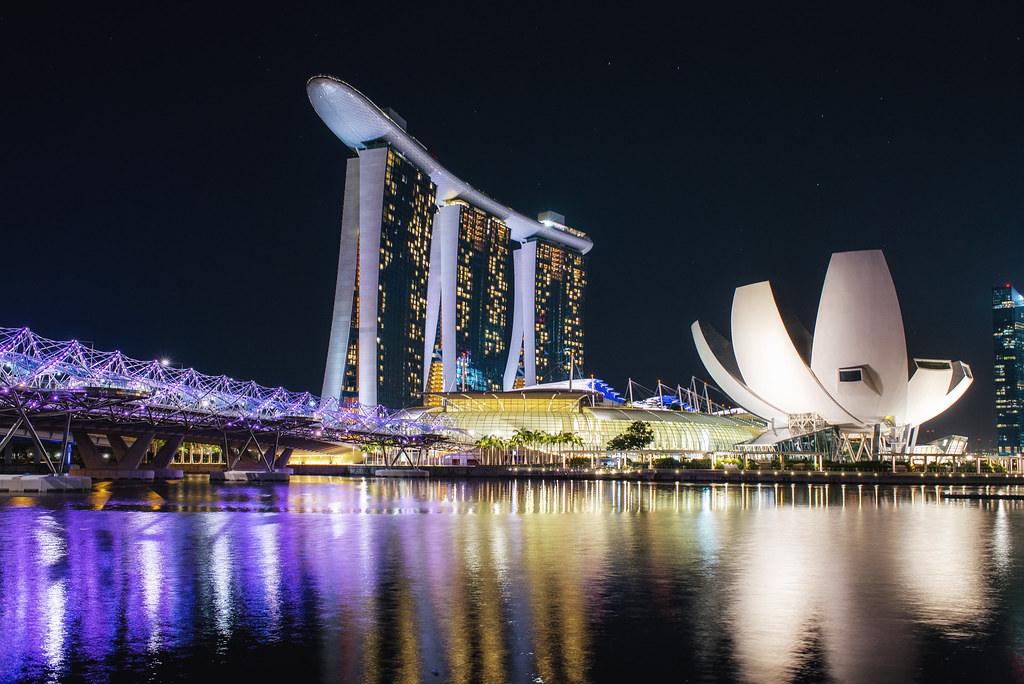 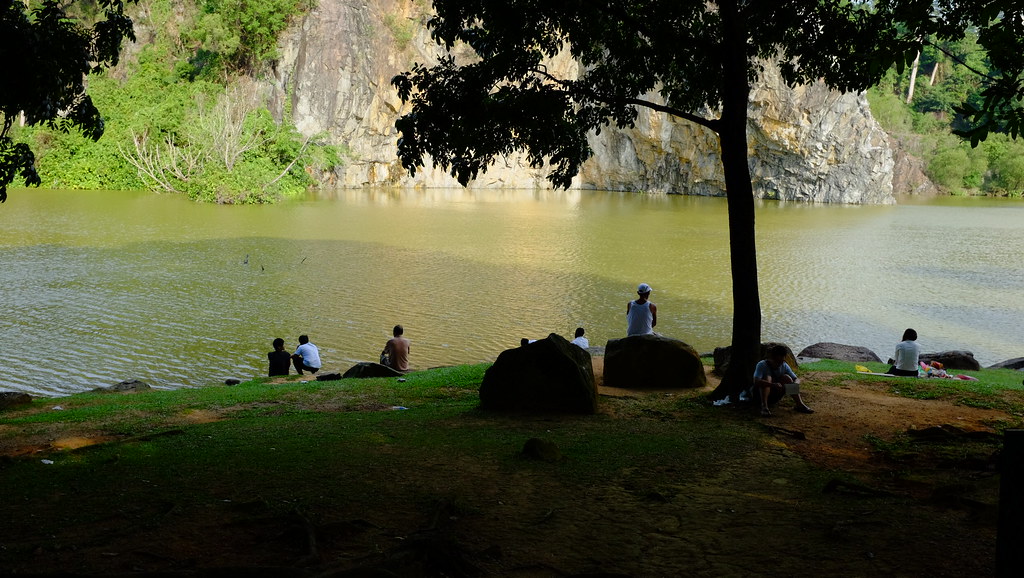 The United States of America

This is one of the most famous countries in the world. Different music genres, fast food, popular drinks, muscle cars, short, but diverse history – this is what even kids know about the US. But America is a land of an opportunity. It’s a high-performing country, therefore people are chasing an American dream constantly! Its wide territory includes different climate zone with amazing natural places to visit – Rocky Mountains, Yosemite State Park, Yellowstone, Cascade Range, The Great Lakes and Florida swamps. New York, the great apple of the world, is known as the place, where the cultures meltdown together. It ranks top ten biggest cities in the world and the biggest downtown in North America. In this big country, you can choose among thousands of places to live! 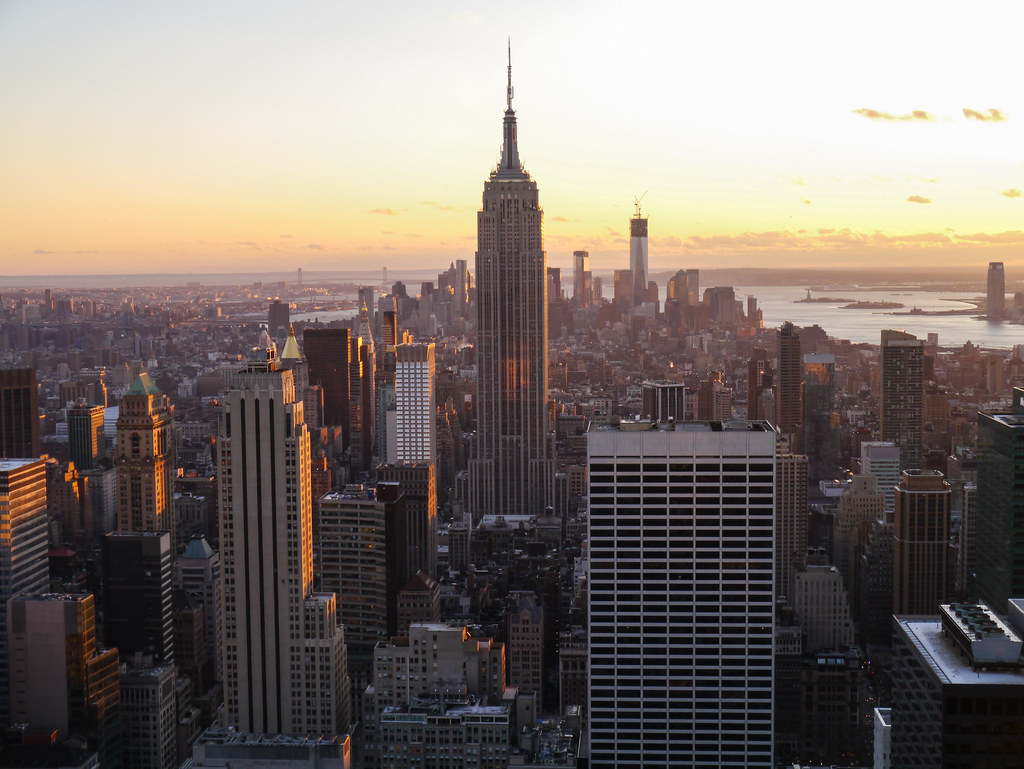 The keyword to describe this continent-country is the “most.” Really, Australia amazes us with its unique nature – from Red Rocks in the desert and the Great Barrier Reef in the Coral Sea to kangaroos and platypuses. Australia’s economy is very strong. The mining industry plays a great role in its formation. However, the banking, communications, and tourism are crucial as well. Australia could be the second after Switzerland, but the recently increased poverty rate has removed it at the end of this list. 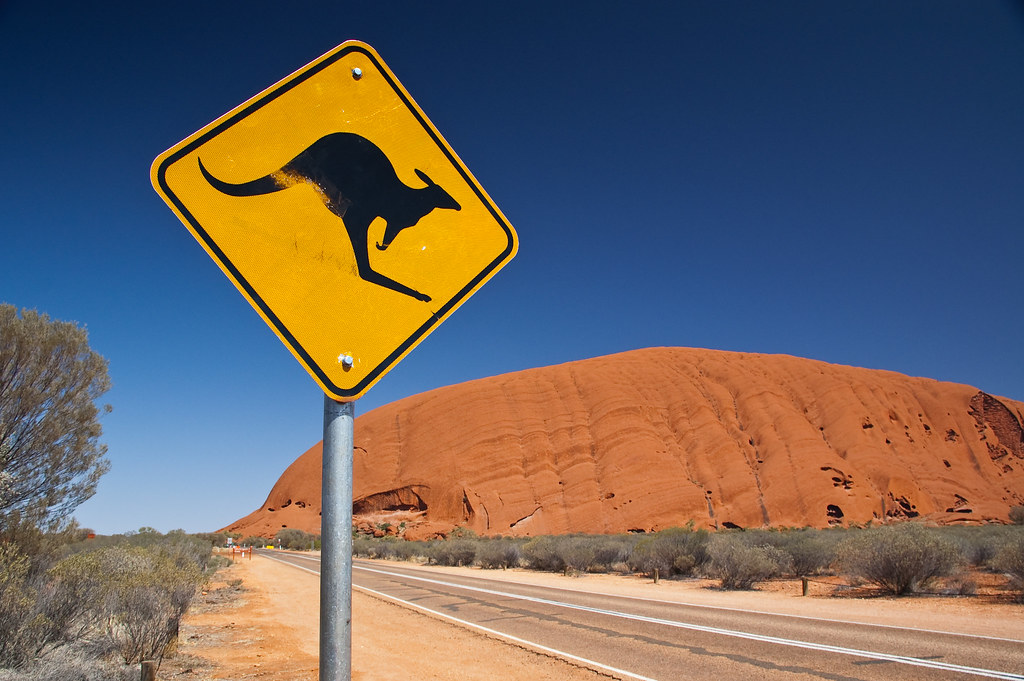 Thus, now you know, what countries have the best conditions for living and working. In the modern world, everything becomes better day after day, but these ten guys have proven themselves as the best of the best. And their merits are based on the relevant facts.

Crystal Roman is a freelance writer for Edu Birdie. Her lifestyle credo is “No place is ever as bad as they tell you it’s going to be.” 9 Best Countries to Live In →