Billions of dollars in losses every year are caused by one of the most common insured events – a water leak in your home! Whether it is a water leak in your home due to a leaking pipe, water heater or dishwasher that suddenly floods the house, a pipe that bursts out of nowhere, or as a result of a natural disaster, water can wreak havoc on your home. Every year, hundreds of Australian homeowners learn about the devastating water damage their homes can cause. Make sure to know in advance what how to detect problems and what to do in case they appear.

Water leakage often begins with an imperceptible leak. For years, water can drip from the pipe into your walls. A leaking pipe can cause mould to grow in insulation and drywall, as well as weaken the frame structure of your home. Mould can cause health problems such as breathing difficulties, sneezing attacks, and other respiratory problems. Mould caused by an unknown water leak in your home is a contributing factor to allergies and can be extremely dangerous for people with asthma. The surface begins to weaken as water drips, soaking the ceiling, floor or wall. Eventually, a wall, floor, or ceiling can bend completely, and then you finally know that there is a serious problem. Obviously, water leaks in your home are a situation that should be avoided. There’s also another way a small leak becomes a BIG problem over time. Each small drop of leakage weakens the pipe surface.

The first method is based on the use of sensitive microphones. While a crack forms in the water pipe, the water flows out under the influence of great pressure, creating at the same time an unusual noise. Water leakage on the iron water pipe generates high frequency sound. And a low frequency sound is created on the plastic water pipe. It is through these microphones, which are tuned to different frequencies, that sounds are picked up from the ground, indicating the location of the water leak. 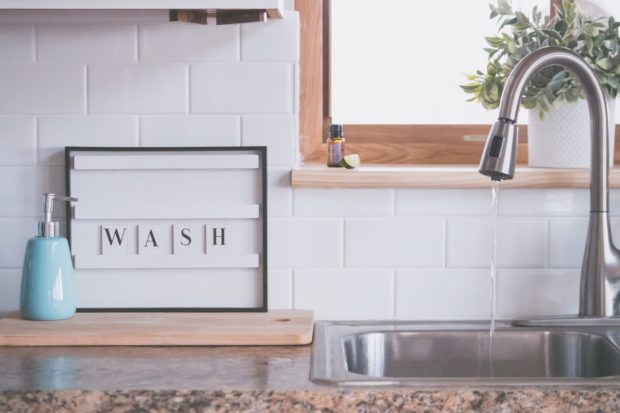 The second method is based on noise correlation. This electronic type of search is performed using a correlation leak detector. Two microphones are attached at two points of the water supply and transmit the frequency of the noise to the device. Through the program, the device processes the data from the microphones and calculates the peak sound from both sides. This sound indicates the location of the water leak.

The third method is based on filling the pipeline section with reliable gas. Mostly it is a mixture of 95% nitrogen and 5% hydrogen. Due to the small number of hydrogen molecules, gases escape from the crack in the pipe. They are directed upward through the soil layers. They can penetrate asphalt and concrete. On the surface, this gas is captured by special sensors, which indicate the location of the water leak. The fourth method of finding can be called mechanical. It is contained in the pressure measurement of the pipe section. A separate section of the water supply is taken and special pillows are inserted along the pipe on both sides. They inflate and completely seal the pipe. Air pressure is injected into the sealed pipe section and measured after a while. If the pressure remains unchanged, then there is no water leak in this area. Well, suddenly the pressure has dropped, which means that the search is in the right direction. Then the pillow is moved along the pipe and the pressure is pumped up again. This procedure is performed until the point of water leakage is recognised.

How to quickly fix a leak

Here are some ways of emergency pipeline repair. Each of them can eliminate the leak even if it is not possible to close the water supply to the system. This will save your home from flooding before the arrival of specialists.

If the water leak is caused by the depressurisation of the threaded connection of the pipeline with the dispensing or stop valves, you can try to tighten it. It is not necessary to apply excessive force to avoid stripping the threads. If there is no positive effect, as soon as possible, sort out this unit with the replacement of seals (tow, gaskets, tape). A leak in a straight pipe section can be quickly eliminated using special metal clamps with a rubber seal. If there is no factory bandage at hand, then you can use a homemade one. To make it, you can take, for example, an old bicycle camera or bootleg. A rectangle of suitable size is cut out of rubber, which is tightly wrapped around the pipe and tightened with clamps or wire. In this case, it is important that at least one screed is located directly at the site of damage.

Despite the simplicity, the repair of a pipe leak cannot be carried out in this way when the water supply is located close to the wall.

It is quite possible to make reliable clamps of the required dimensions from a strip of sheet metal of a suitable width by drilling holes for the installation of tie bolts along its edges.

It is also possible to significantly slow down the flooding of the dwelling before shutting off the water supply in the riser using wooden wedges. If the hole in the pipeline is small, it is enough to drive a regular toothpick into it. Such a wedge swells from water and is able to withstand the pressure for some time before the arrival of repair services. If the pipes of the heating system are slightly damaged, to temporarily stop the leak, try rubbing the crack with a handful of salt. In the event of a significant pipeline leak, it will be more difficult. For its urgent elimination, you can try to impose several turns of a bandage on the defective area, periodically sprinkling it with salt. In this way, it will only be possible to temporarily stop the leakage of water as long as it remains hot.

Repair of plastic and polypropylene pipes

Most modern sewerage, water supply and heating systems are made from PVC pipes. Water leaks occur in them less often and, as a rule, due to mechanical damage or due to improper installation.

If a leak forms in the fitting connection, it is enough to tighten it – this is easy to do even without shutting off the supply. If the reason is a burst pipe, then almost any of the above methods will do for DIY repair. Taking into account the characteristics of the material, it is possible to eliminate minor water leakage in PVC pipelines using soldering. To do this, gently heat the burst area to a soft state, and also bring a small piece of pipe made of the same material to the melting temperature. Immediately after that, you need to apply molten plastic to the breakout site. Make sure that the pipe section does not deform due to heating.

In case of serious damage, you can cut the pipeline at the leak and apply polyurethane, epoxy or hot melt adhesive to both ends. Then both pipes should be aligned, after putting on a cut plastic bottle. Next, use a hairdryer and warm up  the area you want to repair, until your homemade “sleeve” forms an airtight connection. Before you repair polypropylene pipes using improvised means, think about whether it makes sense to expose your home to the risk of flooding, or is it better to immediately replace the damaged area.

Remember: almost all of the above methods of eliminating water leaks are only a temporary measure. Depending on the condition, it is necessary to replace all pipes or only the damaged section with a new one as soon as possible. In the absence of the appropriate skills and tools, you can always turn to an experienced Canberra plumber for help.

Water has an important place in human life. The water supply system, for its part, does the main function of transporting water from the source to the consumer. The consumer is provided with a huge variety of plastic water pipes, differing not only in diameter, but also in terms of installation. And, despite the fact that a plastic pipe has a longer life than an iron pipe, there are still situations when a leak can appear. Make sure to notice and repair it on time. 4 Plumbing Myths That Could Be Damaging Your Home → How to Avoid Sewer Clogging in Your Home? → Tips for Fixing Your Water Pressure → Home Headache: 5 Damages To Check for After a Hurricane →