Samuel’s Fortress – The Most Significant Landmark In City Of Ohrid

Since prehistoric times when Ohrid was known as the city of light, region around the lake is an important center of culture. Scenic mountain scenery provides a wonderful backdrop for the wide range of religious and secular works of art and architecture. 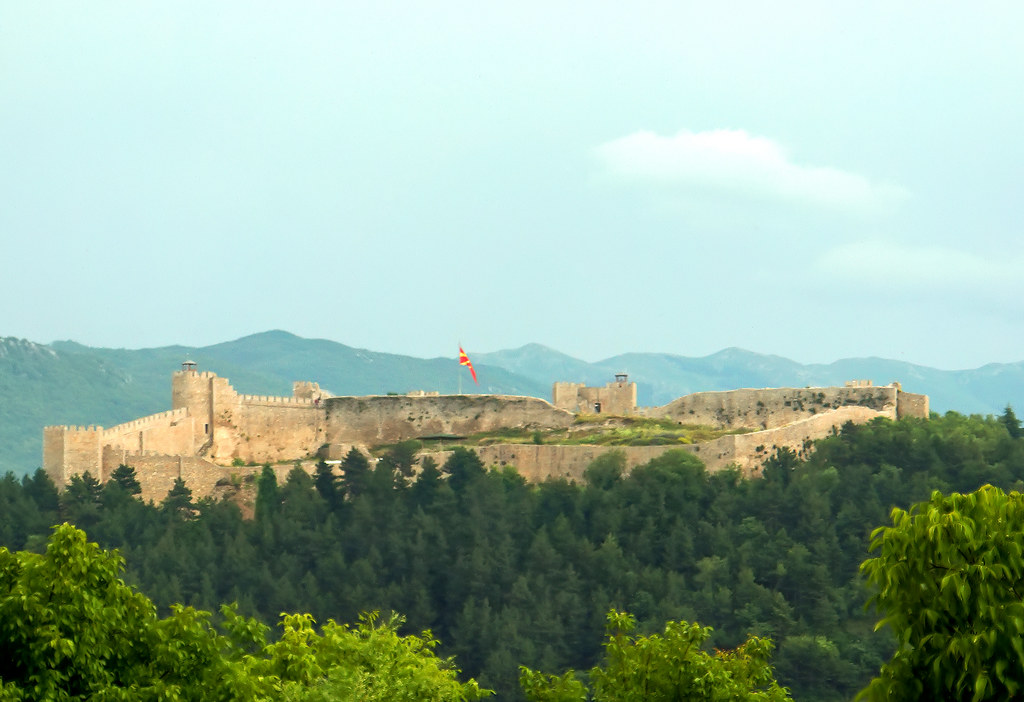 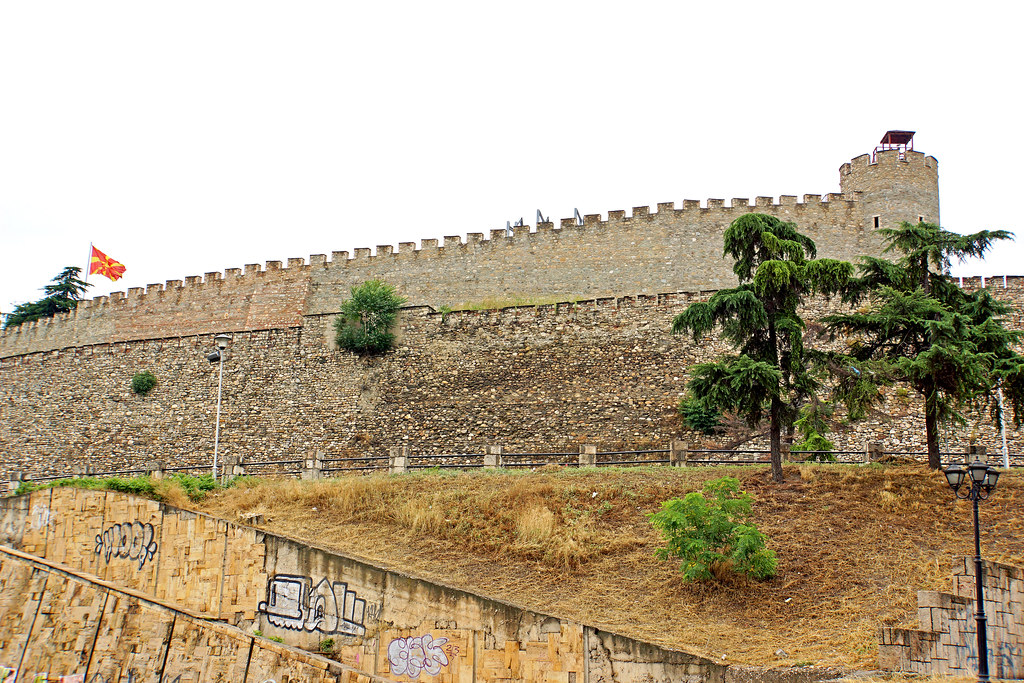 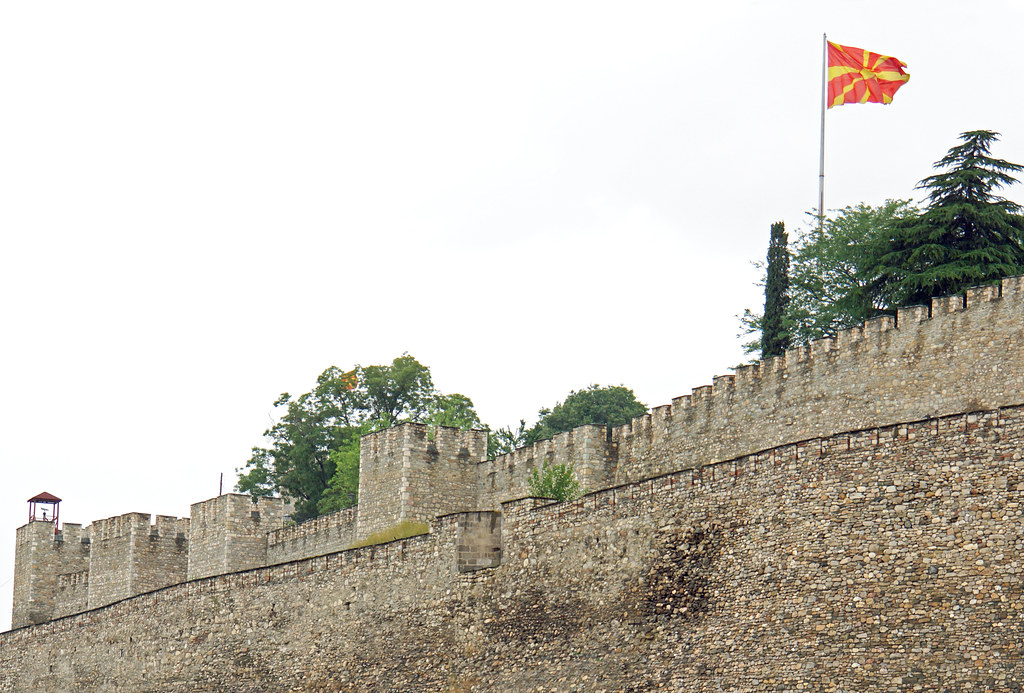 Samuel’s Fortress is a trademark of the city which represent one of the largest medieval cities in the Republic of Macedonia. With its fortresses and ramparts occupies the entire hill of Ohrid. From all sides except the south, which faces the lake, the hilly part of the city was protected by high walls and towers in the length of three kilometers, all the way to the harbor. Into the old town you could enter through three gates, of which was preserved only the Upper Gate. Samuel’s Fortress, besides the function for defense against the enemy, served for living too. It is known under the name Samuel fortress. During the reign of Emperor Samuel from 976 to 1014 and his successors until year 1018, Ohrid was the capital of the first state of the Macedonian Slavs. 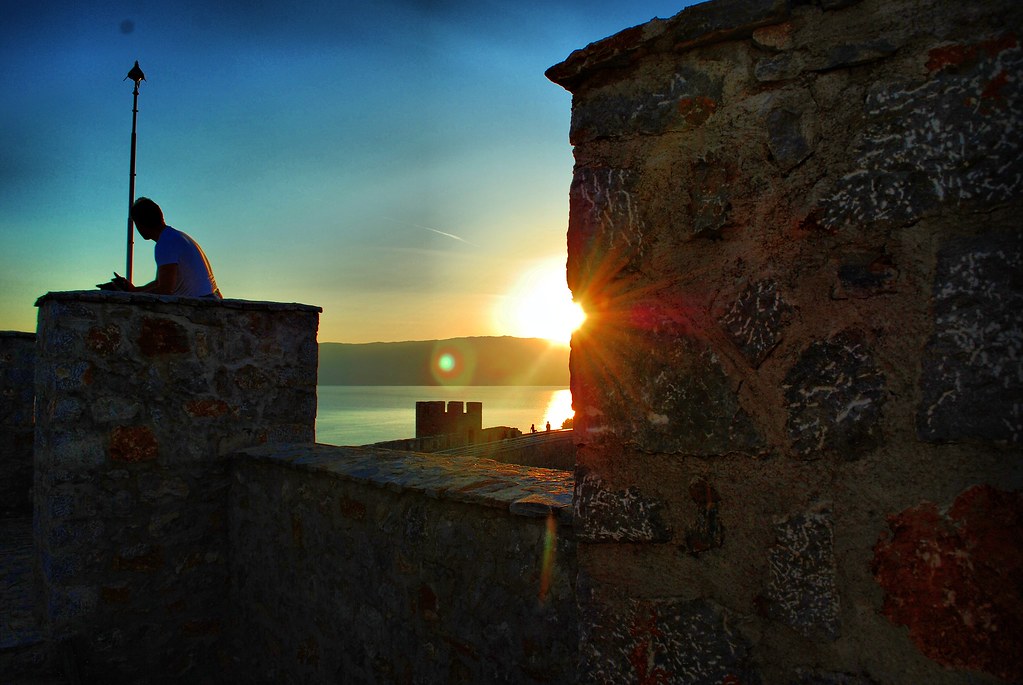 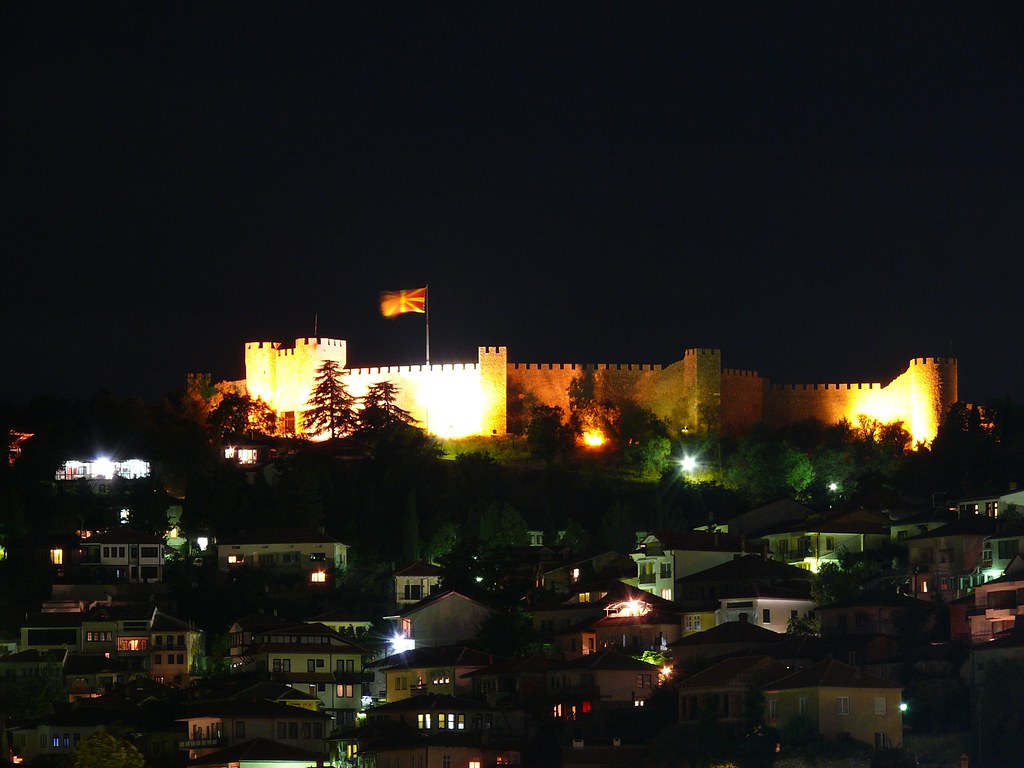 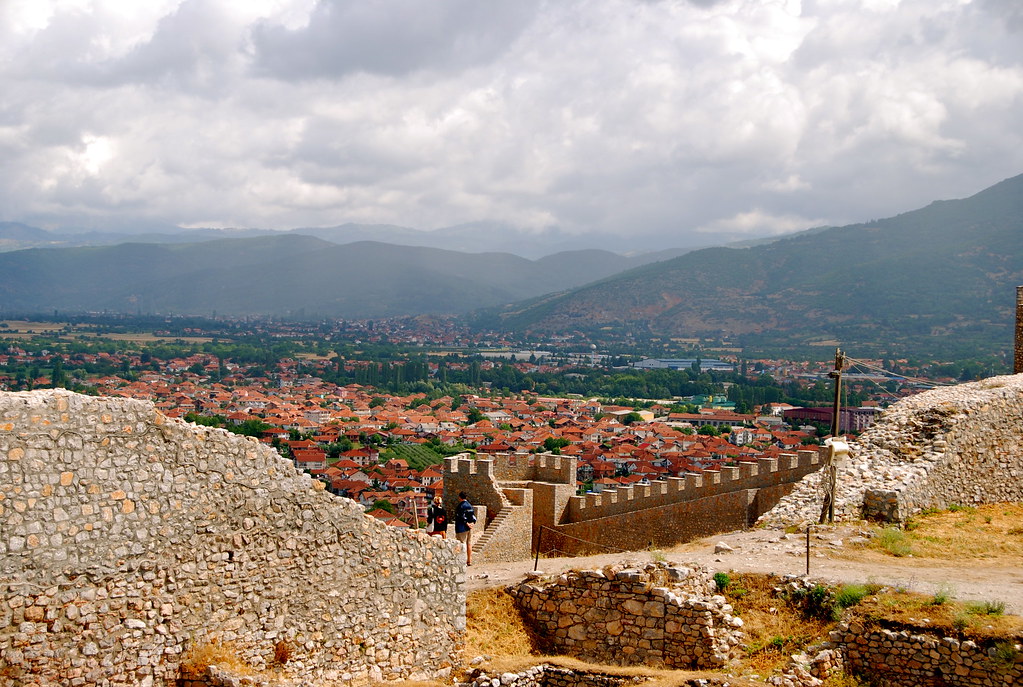 Then the renewed fortress preserved its monumental urban construction. The present form of the Samuel’s fortress dating from the time of Samuel, although after his rule there are information on demolitions and repeated repairs by the Turks and the Byzantines. Under partially collapsed outer layer at the inner walls, there are noticeable horizontal layers of bricks with a Byzantine format. In the walls of the upper gate are walled many stones with Greek inscriptions and ancient buildings with which this area is abundant. 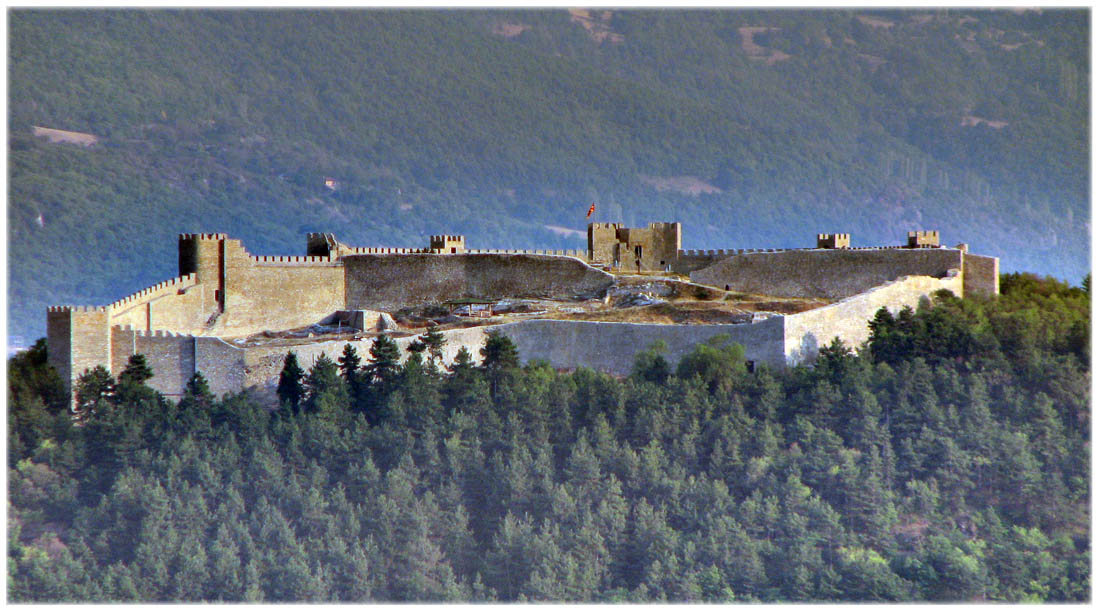 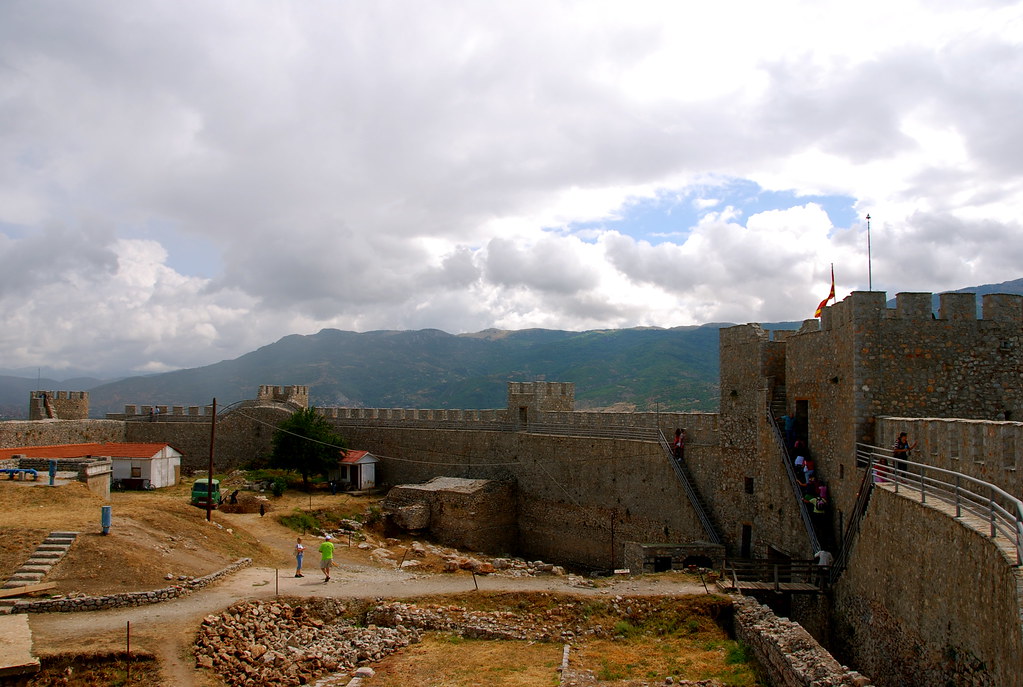 The fortress dominates over the city and provides an excellent view of the lake and the mountains. It is used as an open stage during the Ohrid Summer Festival. If you have a chance to visit the city of Ohrid, Samuel’s Fortress is one landmark that you must not miss. 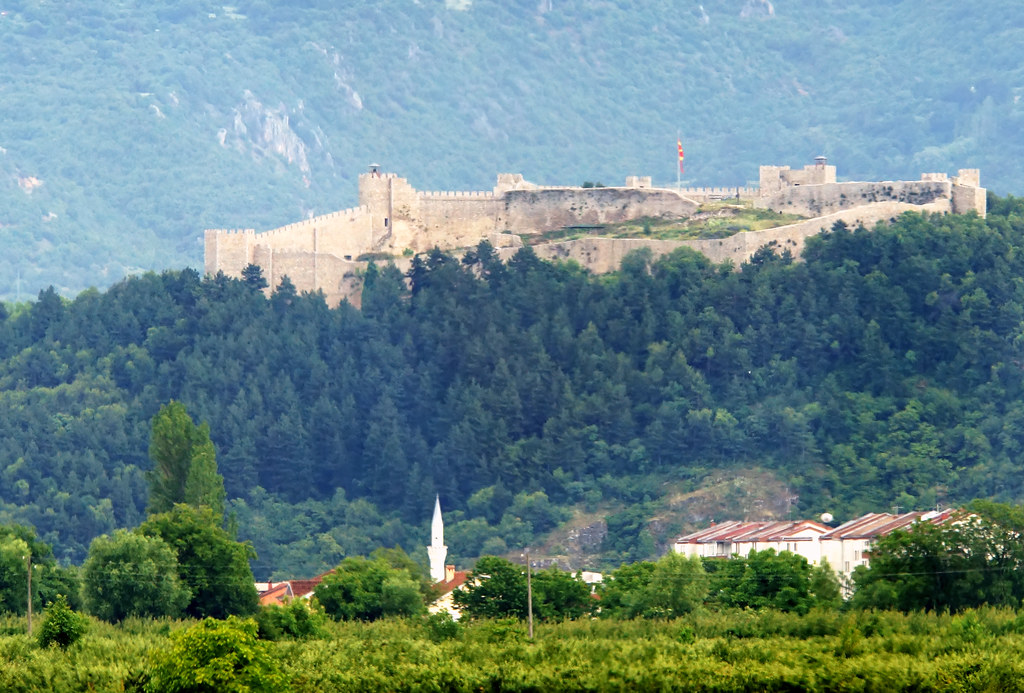